Newsletter
Sign Up today for our FREE Newsletter and get the latest articles and news delivered right to your inbox.
Home » Dia De Los Puercos Offers Chicano-Inspired Cuisine That Will Send You Back In Time 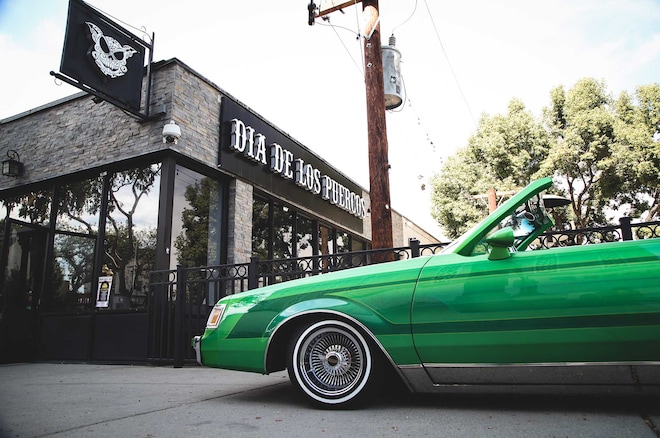 Certain foods, like the delicious offerings of Da De Los Puercos Chicano cuisine, trigger childhood memories which are unique only to us. These precious moments bring us back to the days of sitting at our abuela’s table waiting for our favorite dishes to be cooked up and chef Rick Garcia is here to reignite those sensory triggers.

After leaving his job as an executive chef, Rick had visions of something much bigger. He wanted to bring home-cooked dishes to the masses so he opened up Dia De Los Puercos—a Chicano-inspired take on food that started as a food truck. Offering cultural favorites like their famed mexicorn street corn and delicious tacos, the Dia De Los Puercos menu boasts a laundry list of childhood faves including “Taquitos de Weenie” and “Ese Borracho,” an L.A. street-style hot dog.

As the proprietor and chef of the Chicano-style eatery, Rick fused his years of high-end culinary training with his very own “abuela-inspired” flavors to create savory dishes that are nothing short of incredible. With branches in Pomona, Claremont and Riverside, Rick takes things to the next level by offering incredible food coupled with marketing campaigns which include lowrider shows, charity toy drives and “Funky Fridays”—an evening of old school jams that complement the food and set it off.

In the end, Rick’s goal was to honor and redefine the image of the Chicano culture and he’s done so bite by bite. Be sure to visit him at one of his three locations because what he offers is priceless and there’s never been a tastier way to explore the culinary arts of Chicano culture. In short, what he creates is art you can eat!