Newsletter
Sign Up today for our FREE Newsletter and get the latest articles and news delivered right to your inbox.
Home » Danny Trejo Question & Answer – Web Exclusive 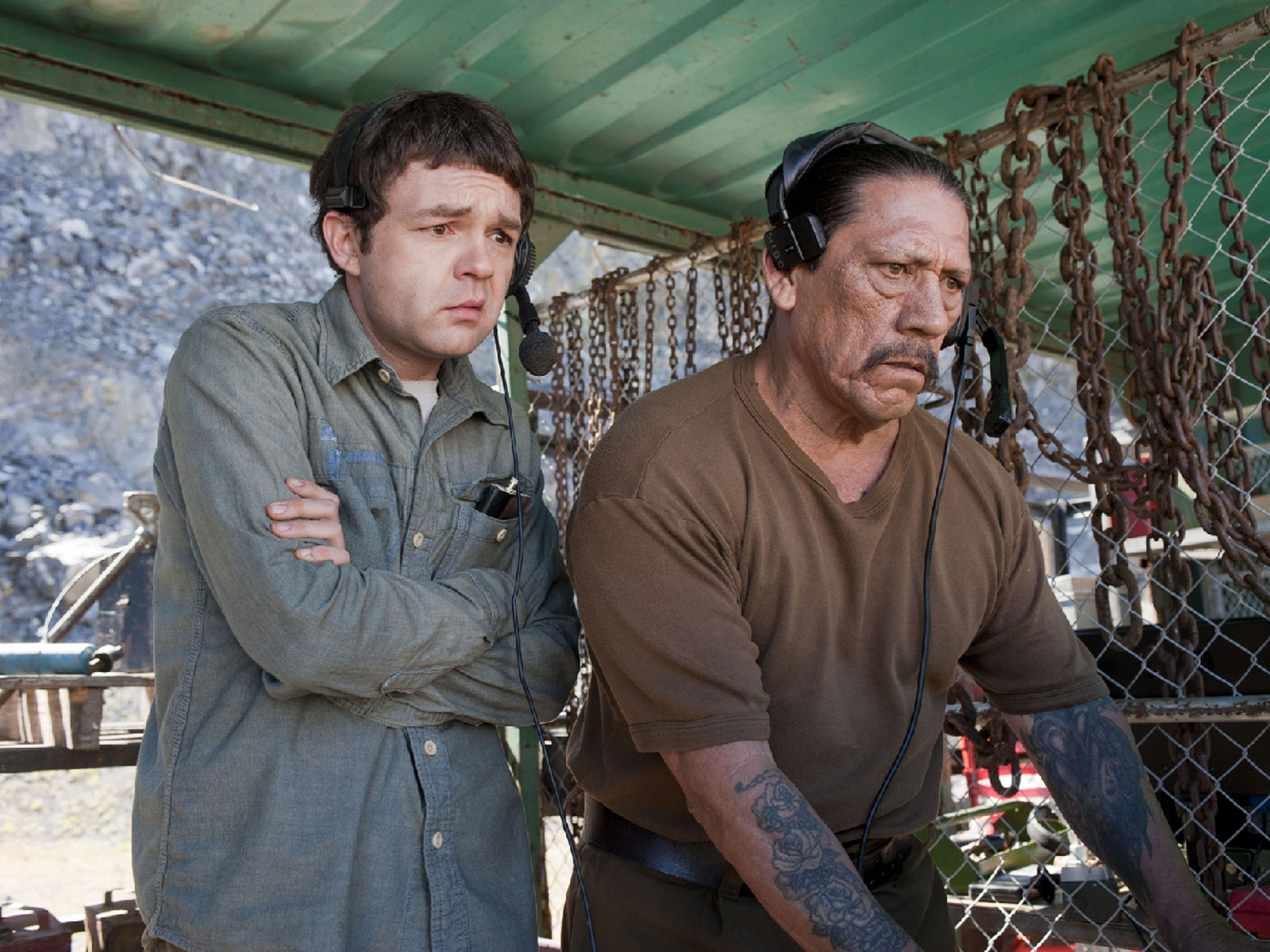 Recently, we received an opportunity to have a quick Q&A with Danny Trejo, Hollywood icon and star in the next installment of the Death Race franchise, Death Race 3: Inferno. Check out what we asked him and see what he had to say.

What got you interested in working in the Death Race franchise?

My agent Gloria showed it to me, and I really dug it.

Death Race 2 and Death Race 3 were filmed in South Africa. What was it like working out there?

It was awesome I worked there before. Cape Town is great. It is like paradise.

Tell us about your tattoos. Which 1 would you say is your favorite? Which 1 is your least favorite?

I don’t have a least favorite, but my favorite is the one on my chest, the most famous tattoo in the world.

Your first role was in Runaway Train, you were originally brought in as an extra. However, the screenwriter, Edward Bunker remembered you because you guys served time together and he hired you to help train Eric Roberts. From there the director was so impressed with you that he gave you a larger part. Would you say being in prison helped start your career?

I wasn’t originally there as an extra. I was there by accident to help support a friend and keep him clean. Going to prison really had nothing to do with my career. Eddie Bunker was more responsible for starting my career than prison really because we were friends.

Do you regret serving time in prison? If so, would you go back and change it if you could?

Prison for me was an unbelievable experience that I would absolutely never want to do again.

What would you say would be the deciding factor that made you want to turn your life around? That drove you to keep yourself clean and stay out of trouble?

Taking alcohol and drugs out of my life turned my life around. I decided to become clean so I could help other people.

That was all Robert Rodriguez. He had read my parole plans that said not to be near sharp objects at any time and decided to run with it.

Do you have any words of wisdom or advice that you would like to share with our readers?

Check out the trailer for Death Race 3: Inferno and don’t forget to look for it on Blu-ray and DVD on January 22nd, 2013.