Newsletter
Sign Up today for our FREE Newsletter and get the latest articles and news delivered right to your inbox.
Home » Malo – Greatest Hits 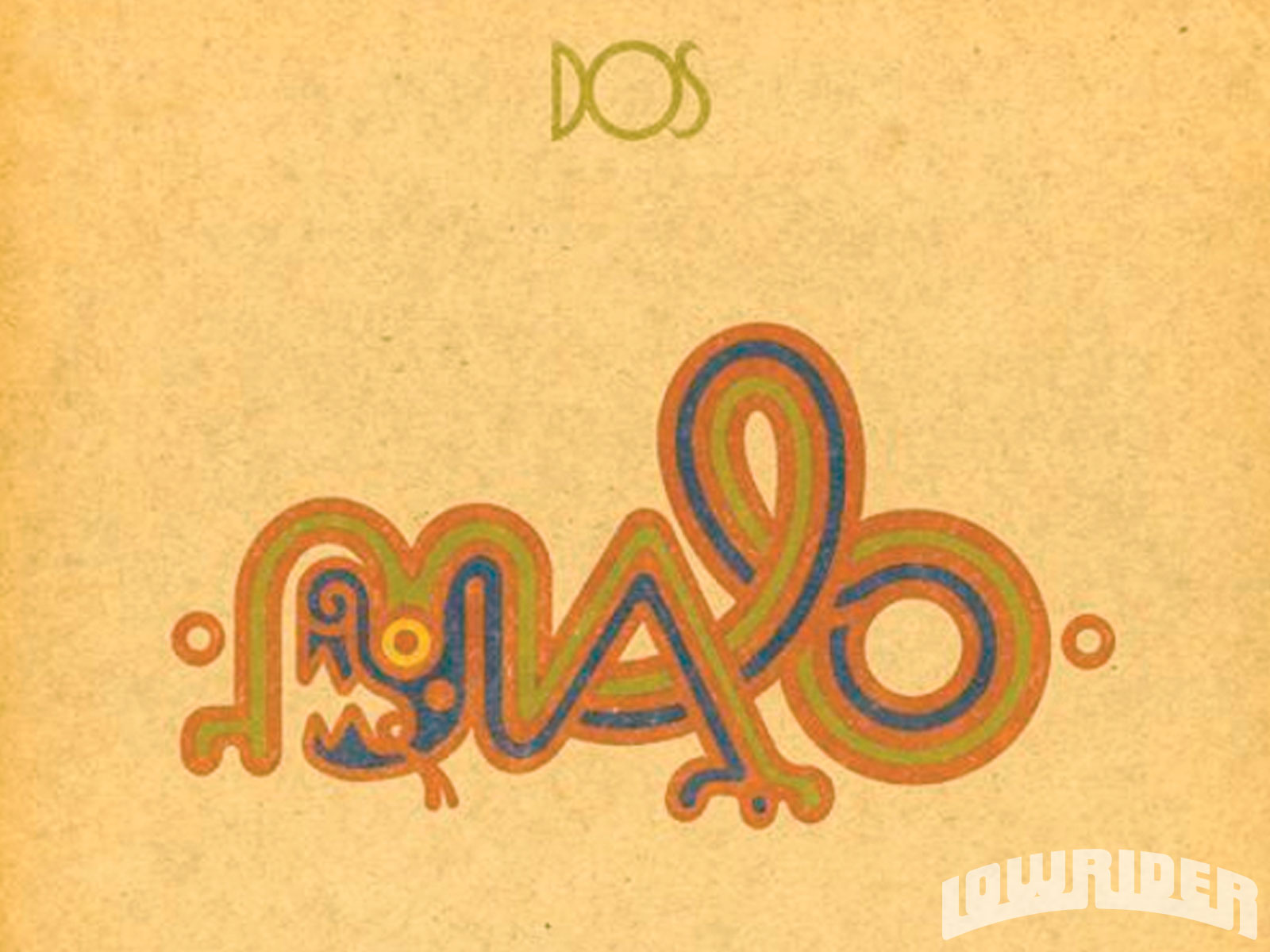 To listen to Malo is akin to going back in time. Do I mean that the music sounds old and out of touch? No. Quite the contrary, actually. Malo’s music harkens back to the days when true musicianship, songwriting, melody composition, and performance measured a group’s worth, unlike today’s scene in which gimmicks, image, and record sales define success. When you put on “The Best of Malo CD” today, it is evidently clear that the worth of this Latin Rock group can only be defined by one word; priceless. The group’s line-up consisted of a diverse group of musicians, who formed a distinctively singular sound when brought together. Each man a master of his craft, Malo formed a thick foundation of lush grooves and melodies, sprinkled with Latin percussion and horn arrangements, as well as masculine vocal harmony arrangements, which became a successful formula for other groups like Steely Dan, Chicago, and Earth, Wind and Fire. This was not your multi-instrumental nightclub cover band, these boys were good. 2010 will mark the 38th anniversary of the band, and this long-lasting legacy and longevity are a testament to the overall impact their music has had on worldwide audiences.

Malo owes much of their sound to their Bay-area beginnings, where Puerto-Rican born lead singer Arcelio Garcia, Jr. was raised by a working class family. Arcelio loved music, and began to take singing more seriously in his teens, when he was approached by some friends who needed a substitute vocalist for their fledgling music group. Though not yet confident in his abilities, he gave it a shot, and ended up being noticed by Bay-area collective “The Malibus,” while practicing on a street corner. The group asked him to join them which he did, and together, The Malibus became very successful in the San Francisco scene during the mid ’60’s. Garcia was not the only new addition to The Malibus, guitarist Jorge Santana, the brother of well-known guitar virtuoso Carlos Santana, also joined the group. The Malibus then joined forces with three amazing musicians from a band known as “Naked Lunch,” and the rest is history. With these new members on board, The Malibus changed their name to Malo in 1970, and signed with industry giant Warner Bros. in 1971, before releasing their now legendary debut album.

The self-titled debut album “Malo,” was released in 1972, and featured a lineup consisting of lead vocalist Arcelio Garcia, Jr, lead guitarist Jorge Santana, lead guitarist and vocalist Abel Zarate, bassist Pablo Tellez, drummer Richard Spremich, keyboardist Richard Kermode, trumpeter/flugelhornist and vocalist Luis Gasca, and Roy Murray who played 2nd trumpet, trombone, flute, and sax. The percussionists on the album consisted of the legendary Coke Escovedo, Victor Pantoja and Richard Bean. The album itself contained six songs, four of which were penned by Arcelio Garcia, Jr, including the standouts “Nena,” and “Café.” The album’s most iconic song is the Latino anthem “Suavecito,” which peaked at number 18 on the Billboard Pop Charts in 1972. “Suavecito” is based around a song the group performed while on the nightclub circuit entitled, “My Love.” Pablo Tellez’ and Abel Zarate’s club hit was given new life through lyrical and lead vocal contributions by Richard Bean, who took his lyrical inspiration from a poem he had written about a girl in his high school algebra class. The song, now known as “Suavecito,” remains the group’s most recognizable hit to this day. If you’ve never cruised a Boulevard while blasting “Suavecito,” then chances are that you are not a true Lowrider. The album cover for this amazing debut album has also been popular with the muralists of our culture, as it depicts an Aztec-like warrior holding his beautiful princess in his arms. This self-titled, 44-minute opus peaked at #14 on the Billboard Pop Albums chart and at #10 on the Black Albums chart, opening up the floodgates of success for this talented band.

Malo’s second album, entitled “Dos,” was released in late 1972, and the group also released a third album “Evolution” in 1973. Lead vocalist Aurelio Garcia Jr. became ill in 1974, and was incorrectly diagnosed with cirrhosis of the liver, which later was correctly identified as yellow jaundice. Nonetheless, the illness forced Aurelio to take a year off, and Little Willie G. of the East Los Legendary group Thee Midniters was brought in to help fill Aurelio’s void on lead vocals. While Willie was with the band, they recorded a solid album entitled “Ascension,” and toured extensively, furthering the Malo name and brand. “Ascension” would prove to be the last of Malo’s albums under Warner Brothers, and would also mark the beginning of a new chapter for the group.

Aurelio returned from his illness, and relocated to New York, starting a new version of Malo. This resulted in the release of “Malo V” in 1981, after which, Aurelio returned to the west coast, a place he has called home ever since. Malo released an album entitled “Coast to Coast” in 1986, and released another album entitled “Senorita” in 1995. 1997 saw the release of a concert series and CD entitled “Latin Legends Live!,” which placed Malo side by side with two other Latin Rock juggernauts, Tierra, and El Chicano. This album proved to be very commercially successful, and Malo’s core fans were happy to see them take their place as true Latin musical legends.

Over the years, Malo has endured many line-up changes, with the one constant of Aurelio, who has maintained the group as it is known today. His son, Octaviano has also become involved as a performing member of the group. Music has remained the common thread of everyone who participated in this legendary group, and most of them continued their musical careers in other incarnations. Guitarist Jorge Santana enjoyed a solo career, releasing a solo album “The Santana Brothers” with his brother Carlos, and their nephew Carlos Hernandez. Malo members Gabe Manzo and Tony Menjivar formed a Faith-based band called “Bueno,” and Aurelio Garcia has joined them on stage several times. Coke Escovedo went on to become highly successful percussionist in the Pop and Jazz worlds, and his daughter, Sheila E. also found success as a percussionist, performing her hit songs with the likes of Prince and Ringo Starr. Abel Zarate went on to perform with Latin Jazz legend Willie Bobo, and formed his own group, The Zarate Pollace Project. Trumpet player Tom Herrell became one of the most lyrical trumpet soloists of all time, and performed with the likes of Phil Woods, while former Malo member Forrest Buchtel, Jr. went on to play with Blood, Sweat, and Tears, and Jazz legend Jaco Pastorius.

Through it all, Malo became even bigger than their music, representing integrity and community solidarity through their musical tapestry. The group became involved in giving back to the communities that initially supported them, by doing benefit concerts and helping to organize relief efforts for impoverish areas. Malo helped to raise more than $35,000 allocated to refurbish the baseball fields in Bay Area communities, a much needed positive outlet for Bay Area youth. Two songs, “Nena,” and “Café,” both written by Aurelio have appeared in college music textbooks, a feat he is very proud of having never attended college himself. The chorus of “Suavecito,” was also interpolated by early ’00s pop act Sugar Ray, in tribute from lead singer Mark McGrath. McGrath remembered seeing Malo play at a car show when he was a boy, and his father was a huge Malo fan, so McGrath felt compelled to pay homage to the group in Sugar Ray’s breakout hit “Every Morning.”

In a career that spans 10 albums, and nearly four decades, Malo’s contribution to music remains powerful today. The group has performed with the likes of the Rolling Stones and Queen, and can still be seen live, proving that good music truly does last forever. For those interested in checking out Malo, “The Best of Malo” CD is a great place to start, as it encompasses many of the group’s most significant recordings. Malo’s love for their craft made them the iconic group that we know today, and while “Suavecito” remains the group’s most signature song, the underrated “Love Will Survive” best explains why this legendary group will always endure.