Newsletter
Sign Up today for our FREE Newsletter and get the latest articles and news delivered right to your inbox.
Home » William “Smokey” Robinson Of Motown Records – Smokey 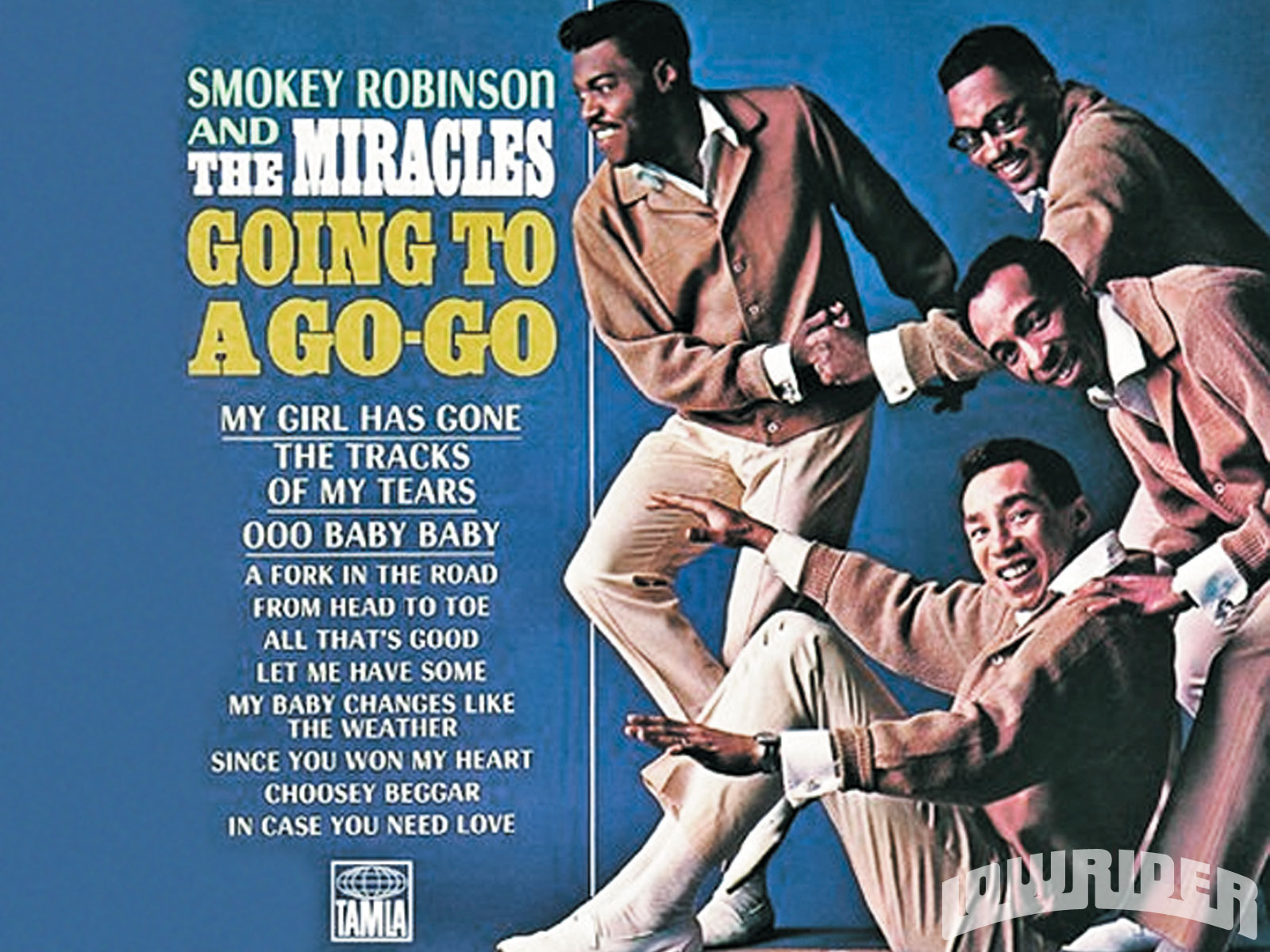 Music is a gift that enriches our daily lives. It helps us endure the hardships, the pain, the struggle, and the plight of daily living. Music also provides the soundtrack for our happiness that paints a picture of love, optimism, unity, and pride. If music is a masterpiece, then there is only one man who could be our Michelangelo; a painter who could use this diverse palette of emotions to paint our musical Sistine Chapel, and that man is William “Smokey” Robinson. The creative force behind the legendary Motown record label, and a man once coined “America’s greatest living poet” by Bob Dylan, Smokey Robinson is truly one of the most gifted and talented songwriters of all time. The pen behind 37 Top 40 Hits, Smokey has received a Lifetime Achievement Award from the Grammy Society, an induction into the Rock N’ Roll Hall of Fame, and was most recently a Kennedy Center Honoree for his contributions to American Society. In our Lowrider world, it is his voice that has been recognized as our companion on many trips down the Boulevard, bringing his effortless falsetto to such Lowrider Classics as 1965’s “Ooh Baby Baby,” and the 1979 Lowrider anthem “Cruisin’.” His group, The Miracles, also brought us a Lowrider Classic in 1976’s “Love Machine,” which was the nickname of Chicano comedian Cheech Marin’s Impala in the movie “Up In Smoke.”

William “Smokey” Robinson was born on February 19, 1940, in the rough-and-tumble area of North End Detroit, Michigan. The product of a working class family, he loved cowboy movies as a child, and thusly was given the nickname “Smokey Joe,” by an uncle. The nickname stuck in the shortened form of “Smokey,” and his love for cowboy movies turned into a love of singing, after he formed a vocal group with his high school friends. They called themselves the Matadors, and the vocal harmony group serenaded the hallways of Detroit’s Northern High any chance they could get. Original members included Smokey, Ronald White, Pete Moore, and the blood-related Emerson, Bobby, and Claudette Rogers, who would eventually become the foundation for The Miracles. The group began to tour and recorded a song called “Got a Job,” written by a frustrated songwriter named Berry Gordy, which was released on Chicago’s Chess Records imprint. The song did well regionally, but Gordy wanted more attention from the label, and Smokey suggested that Berry start his own label instead. Berry agreed, and decided to form Tamla Records, which would go into business as Motown Records. Even better for business, Gordy made a home for the label in the legendary Hitsville U.S.A. building at 2648 West Grand Boulevard, right in the heart of Detroit.

The chemistry between the two men was instant, and Gordy gave Smokey the task of being the label’s main songwriter. Smokey delivered right away, penning The Miracles’ first #1 hit “Shop Around,” which topped the Billboard R&B Chart for eight weeks in 1960. The Miracles’ second #1 came in 1962 with the chart-topper, “You’ve Really Got a Hold On Me,” and it was clear that Smokey was having no problem fitting the role of singer-songwriter. He proved himself with a slew of hits during the next few years, including 1964’s “My Guy” which became a hit for Mary Wells, and, along with fellow Miracle Ronnie White, Smokey wrote The Temptations’ smash hit “My Girl,” which proved to be a defining moment in Motown history. The song paired Smokey’s songwriting with the airtight harmonies of one of R&B’s greatest vocal groups, yielding a chemistry that would produce hits like “The Way You Do the Things You Do,” “Since I Lost My Baby,” and “Get Ready.” Now that he had proven his worth to the label, Robinson focused on his group, The Miracles, and they released an amazing album in 1965 entitled “Going to a Go-Go.” The album dropped like a bomb, and exploded with hits like “Ooh Baby Baby,” “The Tracks of My Tears,” “My Girl has Gone,” and the title cut “Going to a Go-Go.” Following this success, Smokey went on to write hit songs for Marvin Gaye, The Four Tops, The Marvelletes, and The Contours. After countless hits, and nearly two decades of success, he left The Miracles in the mid-70s to concentrate on his own family, but didn’t stop making his own music. His 1976 solo album “Quiet Storm” is a baby-making classic, and an album that has spawned a genre for soft, slow ballads. Smokey went on to score more hits in the 80’s as a solo act, and he continues to perform today.

It was a Smokey Robinson song that would ultimately launch the career of America’s greatest musical treasure, Michael Jackson. The Miracles’ hit “Who’s Loving You” had become a staple in the touring act of brothers known as the Jackson 5, from Gary, Indiana. After working for months to get an audition meeting with Berry Gordy, a 10-year-old Michael sang the song and blew the entire room away. “I wrote the song…I thought I sang it,” joked Smokey at Michael’s eulogy this past summer, regarding the child prodigy’s vocal abilities. Smokey would go on to act as a mentor to Michael throughout his career, and also become the Vice President of arguably the most talented record label of all-time, forming a Mount Rushmore of talent with Stevie Wonder, Marvin Gaye, and Michael Jackson.

In a career that spans almost 50 years, Smokey has over 4,000 songs to his credit, a feat that shows not only how prolific of a songwriter he was, but how much music he had inside of him. His influence can be felt through the music of The Beatles, and Lionel Richie, as well as in Broadway shows, television commercials, and countless documentaries. He is musical history, and continues to lend his insight to younger generations through his work with American Idol, speaking engagements, and live concerts. America is a better place thanks to his musical contributions, and Lowriders from 8 to 80 will undoubtedly continue to play his music in their rides for many years to come.