Newsletter
Sign Up today for our FREE Newsletter and get the latest articles and news delivered right to your inbox.
Home » La Bulla 2019 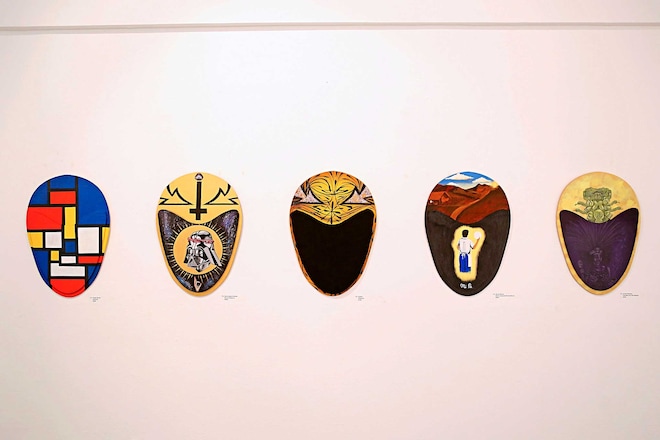 Cultural diversity is what makes Los Angeles a great place to live. To celebrate that, there is no better way than to partake in the cultural festivities often celebrated to share and rejoice in age-old traditions. These events allow us to reconnect with our roots while sharing it with others in what can best be called an exhibition of cultural greatness.

Among the shows that celebrate the cultural identity of Mexico is La Bulla, an experience that celebrates the pop culture phenomenon of Mexican wrestling—better known as Lucha Libre. Produced by Antonio Pelayo, the show boasted a jam-packed venue held at the Plaza De La Raza in Los Angeles. Attendees were treated to live music and enough food and alcohol to keep a small village fed and in high spirits. Of course, the highlight came from the stage that held live exhibitions, and all I can say is the vibe was on full tilt.

As we made our way to the back, we entered the Boathouse Gallery where local artists showcased their latest pieces. As a medium, each of the artists were given wooden masks as a canvas and from there it was up to them to create their own Lucha Libre masks. Among the artists invited were Manuel Valenzuela, Terror, Christina Ramos, La Morena, Al Varela—and that’s just a short list. In all, it was interesting to see how each artist used different media to execute their plans. Some opted to use pencil, others used oil, and there were some interesting creations that used photographs incorporated into their masterpiece.

Out front, Uniques Car Club has a gathering of lowriders and after attending the show it becomes clearly evident as to why La Bulla remains an annual event not to be missed. In short, the show was charming, the vibe was intense, and as with any of Mr. Pelayo’s show, we always encourage people to show up early to avoid long lines.