Newsletter
Sign Up today for our FREE Newsletter and get the latest articles and news delivered right to your inbox.
Home » Heavy Metal Custom C&C Machining Artwork & Portraits 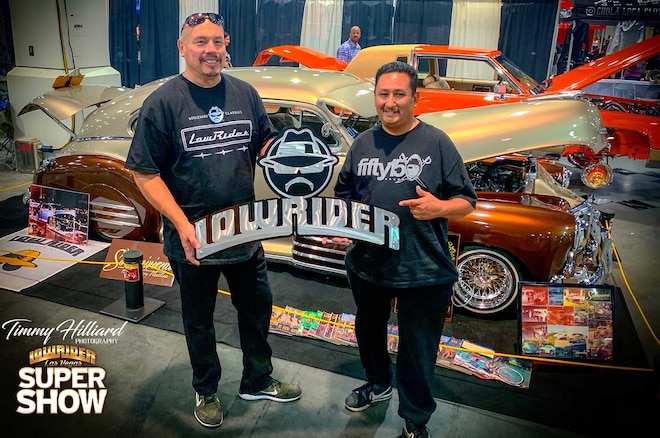 Tony Perez Jr. was just 10 years old back in ’78 when he began his hobby with Lowrider Bicycles. His Dad, Tony senior, was always there to help guide his son along the way with his love for building custom hand-built lowrider bikes.

Back then, the Lowrider bike scene was still in its pioneering stages when Tony became engulfed in his passion. His father and brother would bring little Tony along to car shows from San Jose to Bakersfield, and all the way down the coast to the Ventura Fairgrounds so he could let his imagination run wild. Though Tony was infatuated with the full custom theme cars like “Dressed to Kill” and “Blue Lagoon,” as well as other top rides that were around at that time, he was still far more in love with the Lowrider Bicycle scene.

He studied and took ideas from certain cars to adapt to the design of his own bike and went all the way out with some of those styles. Tony would go on from there, working alongside his grandfather and learning the trade of welding until it became a skill for him. He used that hands-on experience to help accessorize his bike as he made his own twisted iron forks and sissy bar. The bike was soon custom painted in candy apple and flake colors and he had air brushed themed murals and a crushed velvet banana seat to wrap things up.

His chopped-up Schwinn, called Aztec Warrior, was photographed by the one and only “El Larry” Gonzalez back in 1984’s August issue. Tony won his fair share of awards, and as always, his dad was there to help transport the bike and trophies from show to show.

As Tony went on to the next stage of eventually building a car, he and his father came across a ’58 Impala for only $200 dollars (yes, that was way back when). Tony’s love, however, was still focused on Lowrider bicycles and all of these special moments inspired Tony and changed his life forever.

Today, Tony is still involved in Lowrider Culture and messes around with metal creativity in a different way, as he has mastered the art of C&C Machining. Tony creates images of personalities, stars and all major sporting logos that of course include Lowrider.

He’s created metal Images of George Lopez, Snoop Dog and a special portrait of past Raiders owner Al Davis, to hang in the new stadium. Tony couldn’t ask for more as he is friends with so many people around the worldwide Lowrider scene. He was especially happy and greatful to present me with the iconic Lowrider logo along with Dave Padilla and his beautiful Bomb at the Vegas Super Show.

Tony sends along this message to everyone “If you put good into this world, God and so many people will help you get somewhere.”