Newsletter
Sign Up today for our FREE Newsletter and get the latest articles and news delivered right to your inbox.
Home » Just My Imagination Art Show Highlights Chicano-inspired Art & Lowrider Culture 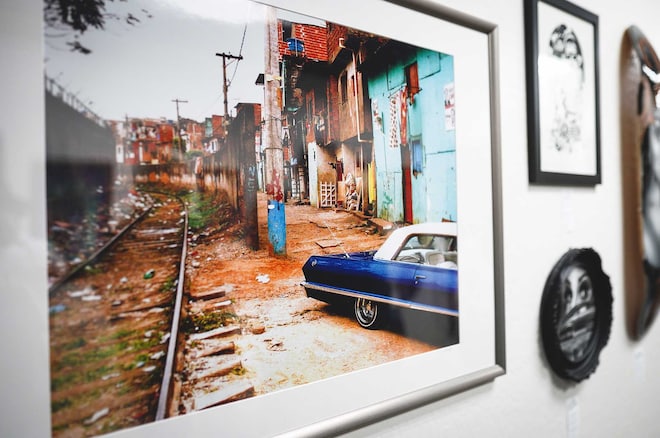 Every year the Lowrider Super Show in Arizona welcomes attendees from all over the country to showcase the year’s best lowrider builds. So, when tattoo artist and owner of Lady Luck Tattoo Gallery in Tempe, AZ, Tony Olvera decided to host an event the same weekend, it seemed like the perfect time to bring his love for Chicano culture art, and lowriders together.

The creatively named event, “Just My Imagination” was designed to showcase Lowrider and Chicano inspired art, not only from Arizona locals but from all over the world. Art pieces from as far as Japan were sent from artist NightThaFunksta as well as from artist Luiz Gordo in Brazil. Other out-of-state art entries came by way of cultural favorites such as La Chata, Matt Pardo, Amber Tilden and Old Man Capone, to name a few. Well-known Arizona artists like Lalo Cota, El Whyner and Adam Bomb also showcased their chicano-influenced masterpieces, alongside many other talented exhibitors.

Tony had a DJ spinning oldies music as attendees from all over the country partook in the unique and diverse artistic expressions. Arizona-based Working Class Cultura had a pop up merchandise table adding to the culture-positive vibe of the night. Tony’s Lady Luck Tattoo Gallery was the perfect setting for a collective gathering of cars, culture and community.

A father-son project that evolved from being a basic driver into a show car worthy of turning heads along the Vegas Strip.