Newsletter
Sign Up today for our FREE Newsletter and get the latest articles and news delivered right to your inbox.
Home » Alan Padilla – Featured Artist 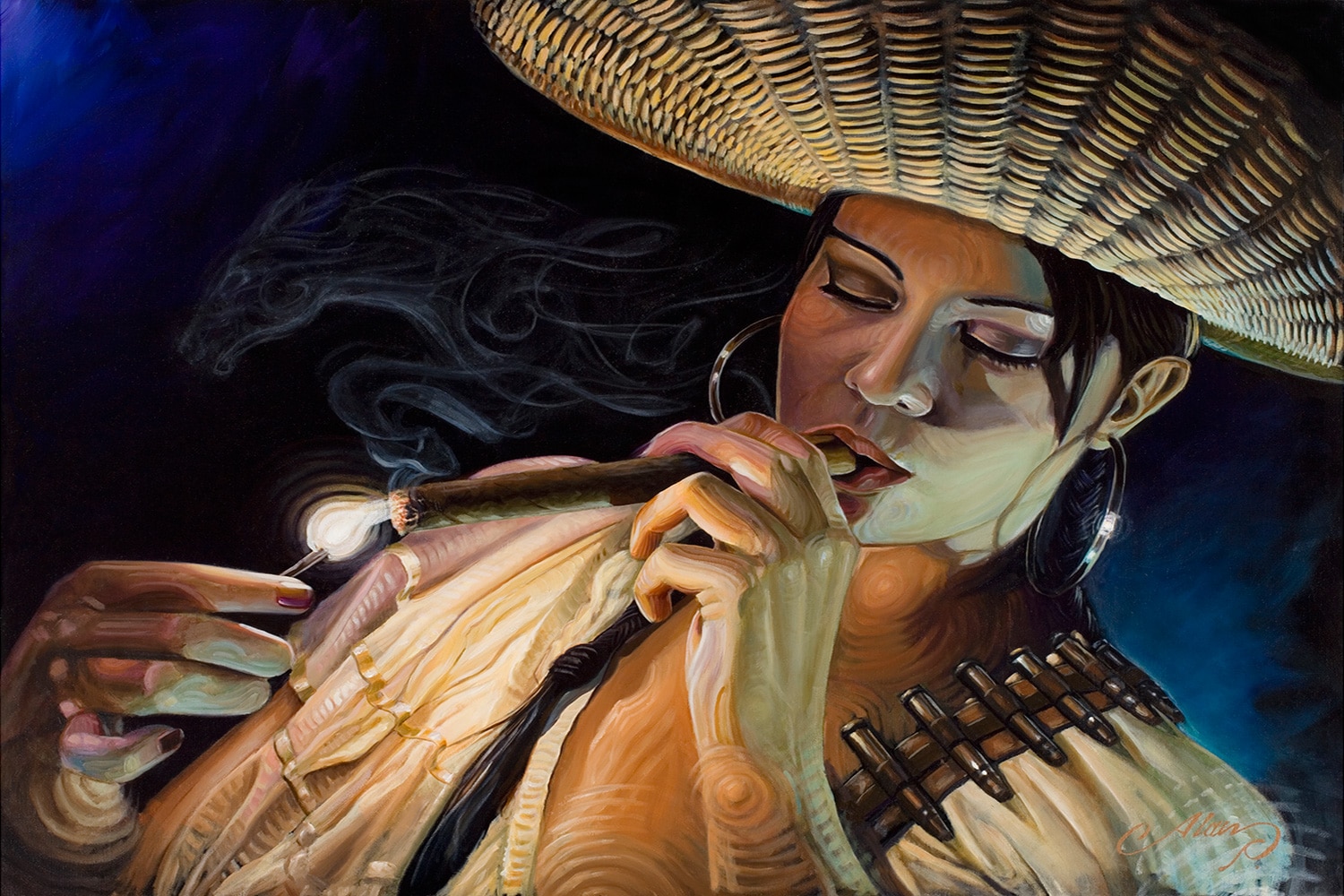 Alan Padilla can’t really remember when he started drawing, but his mom can. “I just talked to my mom a few days ago and she showed me some of the drawings that I did when I was six or seven years old,” reminisces the talented artist. “They weren’t that great, but she saw my interest in drawing back then.” As a teenager, Alan had a rebel spirit and even used to play in a punk band. The music gave him even more artistic inspiration as his art reflected that influence through imagery that included drawings of skulls and evil angels.

Thirteen years ago, a tattoo shop offered to buy some of Alan’s artwork to use for future tattoos. “I was surprised to find out that I could make money off of my art. I never thought that I would be able to make a living off of it, but it was nice to know that I could make extra money from it.” Whenever possible, Alan would stop by the tattoo shop after work and would see the artists applying tattoo’s on customers. “That kind of opened the doors for me to start tattooing,” he explains.

While he longed to do art full-time, Alan was working in construction and carpentering when he started tattooing. “I was making good money, but I was also killing my back,” he says of the manual labor. He would tattoo whenever possible, usually on the weekends and nights after work. Once Alan had built up a clientele and felt that he would be able to pay his bills by tattooing, he decided to take the pledge to become a full-time tattoo artist. It’s been eight years since he made that decision, but the ever-humble artist still doesn’t consider himself a professional. “Every time that I work with a great artist, I learn more, but I will say that I feel a lot more confident since I’ve been doing it full-time.”

His “charra” paintings were influenced from his hometown in Mexico. As a kid, his town was used a lot to film soap operas, due to all the old buildings and many actors in the soaps would dress up in outfits from the Mexican Revolucion.

“I hope my art takes me to the moon,” says Alan jokingly. “I really hope that my art will inspire a younger generation, since I have had people that inspired me. I want people to know that they should never give up on any goal that they may have in life, because anything is possible and I’m an example of that.”

You can see more of Alan’s work on AlanPadillaArt.com, Facebook.com/AlanPadillaArt, Instagram: @AlanPadillaArt or stop by Time Line Gallery in San Pedro, California.