Newsletter
Sign Up today for our FREE Newsletter and get the latest articles and news delivered right to your inbox.
Home » Adrian “O.G. Spider” Castrejon 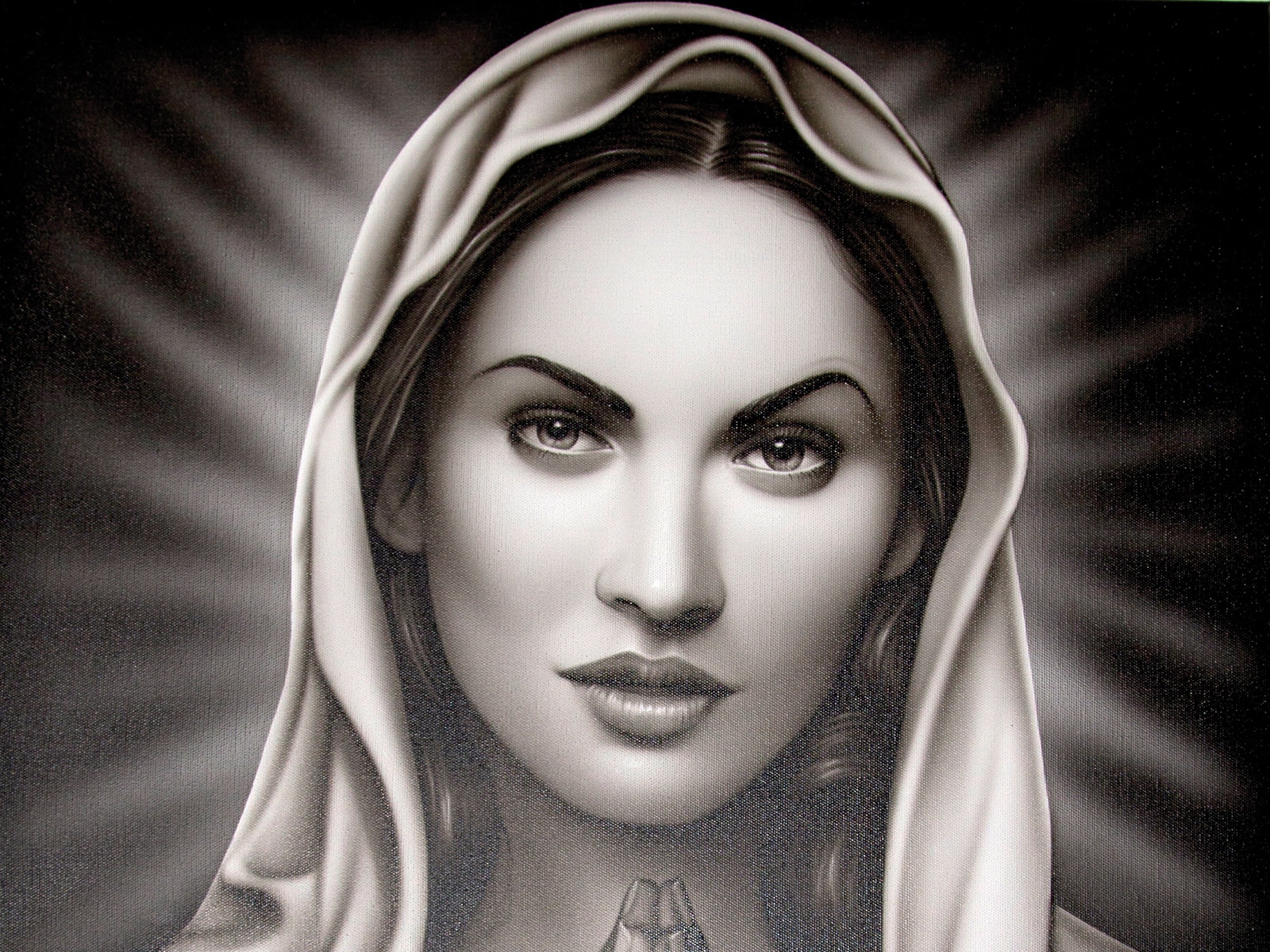 Adrian Castrejon is no stranger to the Chicano art scene. Better known as O.G. Spider, he has been flying just under the radar for years. Make no mistake; just because he hasn’t been on a reality TV show or had his artwork on every piece of clothing in every major department store, it’s certainty not for a lack of talent. Spider has been what seems to be just shy of becoming one of the most well-known and respected artists in the industry.

I met Spider for the first time over four years ago at the Coast Air Brush car show. He had his artwork on display under a typical white 10×10 tent. As I looked over the usual prints, candles and t-shirts for sale, there was definitely something special about his artwork. His Dia de los Muertos designs on iconic celebrities was still new at this time and far from being commercial. His work had almost what could be described as a velvet feel with his airbrush work appearing to have a soft realistic texture.

Spider has continued to grow, learn and develop his skills his whole entire life. He has made the transition from airbrush artist, to tattoo artist and on through to a painter. He eventually continued to advance up the evolutionary art chain and also opened up his own shop, La Familia, in Anaheim, California.
It was about this time that Spider had a life check. After a few illnesses and personal complications associated with having to pay the bills instead of doing what he wanted to do artistically, Spider resigned his day-to-day operations at the shop, and instead moved his work to a small home studio a few miles away. While some may consider this a step backward, he explains that in reality it was a huge step forward artistically, as it has allowed him to spend more time with his kids and fiancee Coral (pictured here). The move revitalized Spider and has opened up the doors to the next chapter in his life and career. No longer does he feel the need to do work he doesn’t really want to do. With a long list of loyal clients, the move to a smaller studio offers the perfect environment for better work without the hassle of walk-ins. With a long and solid history of some of the best tattoos and artwork to come out of Orange County, it won’t be long before the glitz and glamour of a celebrity artist comes knocking his way I’m sure. But my guess is that Spider has figured out the secret to becoming one of the best artists already. To schedule an appointment, e-mail him at spidertattoo666@yahoo.com or call (714) 273-0363, and make sure to check out his website at MiFamiliaClothing.com or follow him on Instagram@OG_Spider.