Newsletter
Sign Up today for our FREE Newsletter and get the latest articles and news delivered right to your inbox.
Home » Mouse Lopez – Notoriety 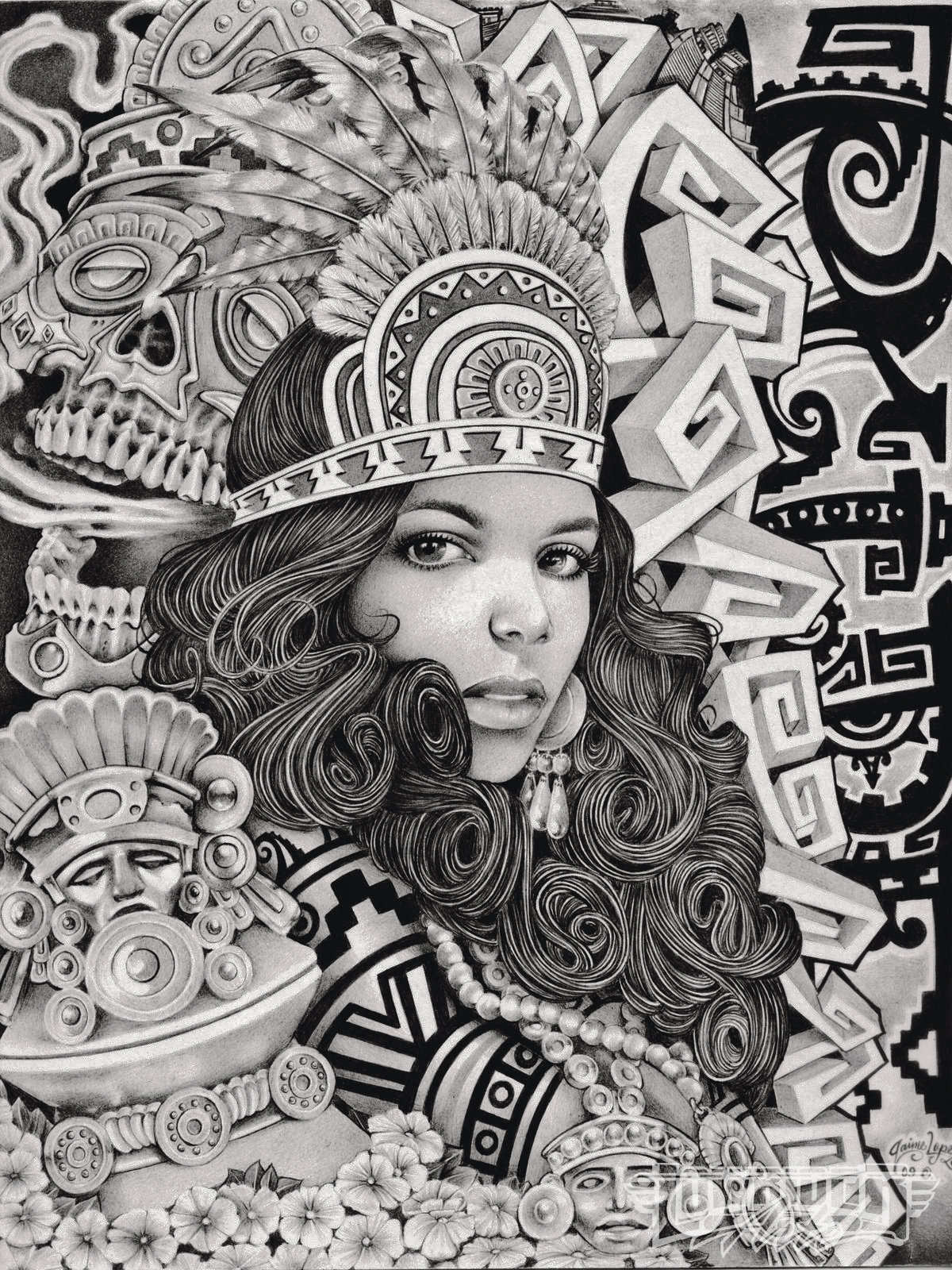 Mouse Lopez grew up in Jalisco, Mexico. As a seven-year-old kid, Mouse used to roam the dirty streets of Mexico barefooted and without a father figure in his life. “I found life getting harder and harder,” says Mouse. Guidance is very important during a young man’s most vulnerable years. “The world tends to call out young people with all of her deceiving promises of simpler ways and getting what is offered to us no matter what the consequences may be.” As a kid, Mouse migrated to the city of Los Angeles. “When I got there I was amazed by the LA skyscrapers and I knew this is were I belonged.”

At thirteen years old, Mouse found himself doing tattoos. “I began doing handwriting and letters ― but I really started pushing the needle and ink in 1998. I mostly did prison style tattoos but then I got into the cultural and Mexican Revolutionary tattoos. My mother tells me that her parents passed down the artistic skills to me.”

“I feel blessed that I can share my art with all the people who love art, as art is my escape from this dark place and it has open many doors for me to able to express myself.” Mouse finds it difficult to describe his style of art and just leaves it up to those that admire his art to label his work however they see it. “I think once I get free time, I will have to really show my style. It’s going to be raw and realistic.”

“I recognize that my work is okay but I’m my own worst critic,” explains Mouse. “The individuals that I’m involved with are the ones that give me the motivation to push my imagination and skills to be suitable for all fans in general.” Some of those individuals include Bobby Ruiz from Tribal, Franco Vescovi, Omar Alatorre, Mark Malott from Black Market Art Company, and Ensane Clothing.

Mouse would like to thank his older brother Carlos for encouraging him to draw when he was just a kid. His mother Lucina for always believing in him and pushing him to do better and also his other brothers Neto, Trippalot and Alex. His good friends Mikey, P. Wee, and Spy from Compton, CA., who always told him that he would make it. “My two sons who are always excited to see what I come up with next and my girl, Chantel Munoz, who influence me in a major way.”