Newsletter
Sign Up today for our FREE Newsletter and get the latest articles and news delivered right to your inbox.
Home » Alberto Herrera – Feature Artist 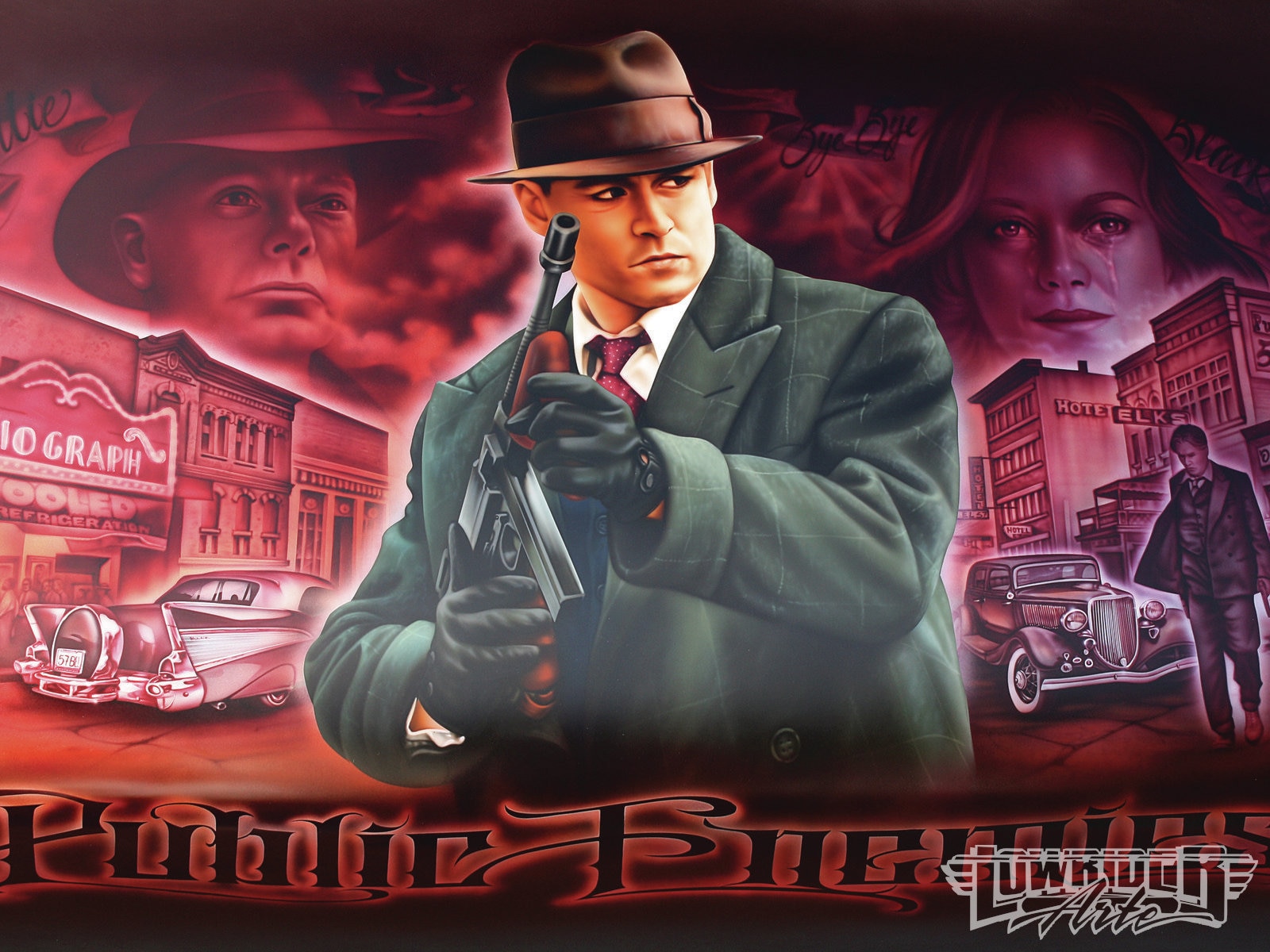 Alberto Herrera started airbrushing full-time in 2002. People would always assume that he’s been drawing since he was a kid, but in fact, he didn’t start until his freshman year in high school. Alberto found his inspiration to start drawing when he walked into his high school’s library and saw all the artwork that was being displayed by one of the students. He began to create art with pencil and paper. He then started with Old English letters and drawing roses on his classmate’s binders and within two months he had done all of his classmates binders. “I felt that I should do something different for myself. Lowriders always caught my attention and that’s when I drew my first car. At that time, I thought it came out great and for being my first one, it was,” says Alberto.

After making a lot of pencil drawings, Alberto moved on to color pencils, which he dominated in no time. “I wanted to make a living off of art but I saw that drawings weren’t going to get me there.” A few years later, Alberto met Tony Riveras who was airbrushing shirts at the mall. “I asked him if he could show me how to airbrush and he wanted to see some of my artwork first. It took me a month before I finally went back with some of my artwork. When he saw it, he was surprised at the quality of it and he agreed to show me how to airbrush.” Alberto learned from Tony and then started helping him out airbrushing shirts at malls and at various fairs.

Even thou Alberto had learned how to airbrush shirts he didn’t feel confident about his skill. His brother Francisco had the idea to set up an airbrushing booth at the swap meet. Alberto wasn’t in favor of the idea but he agreed due to his brother’s persistence and his willingness to help out Alberto. “I didn’t feel confident about my airbrushing skills but I did feel pressured by my brother and family to get out there. After a year and a half of doing that, Alberto began to get tired of getting up early to set up the booth and being outdoors in hot or cold weather.”

Alberto’s real desire was to airbrush murals on lowriders but he didn’t have the clientele. “One day I took my portfolio to a bakery where the owner would always park his lowrider outside of the bakery and I told him that I airbrush and if he was interested in having airbrushing done to his lowrider.” The owner liked his work and was interested in having him airbrush his car but he didn’t want to be Alberto’s first customer. His first customer ended up being someone that saw him airbrushing shirts and wanted a mural on his truck’s tailgate. From there, Alberto worked on the bakery owner’s lowrider and his clientele started growing and growing. Currently, Alberto has done murals in some of the most noteworthy lowriders out there such as Cherry 64, Scarface and Heavy Hitter.