Newsletter
Sign Up today for our FREE Newsletter and get the latest articles and news delivered right to your inbox.
Home » Oldies San Diego 40th Anniversary – Party Like It’s 1975 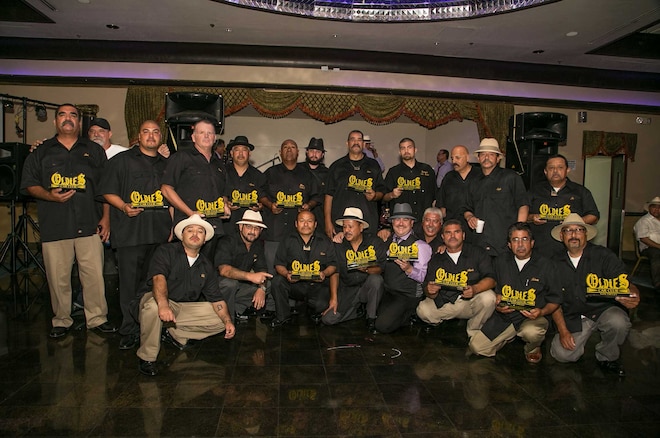 It was one of those classic Southern California nights where the hot summer air was briefly replaced by a cool ocean breeze. It’s 1975 in classy San Diego, and Joe Navarez, Jesse Alvarado, and Armando Napo found themselves cruising to the recently constructed Chicano Park. All three were fans of vintage cars and had recently decided to put out a flyer that read: If you have an old car and want to start a car club, please meet on July 10th at Chicano Park. With oldies music playing in the background, the total of 10 members who decided to join them that fateful day eagerly began to get to know each other. “Hey, we all like oldies and have oldies,” someone shouted and so the name for this new car club was decided.

Time passed and Oldies Car Club flourished into a respected and vital part of the San Diego lowriding community. A crucial day in this club’s history came in 1981 when a member, while in Los Angeles, came across someone wearing an Oldies Car Club T-shirt. This T-shirt had a significantly different font and color scheme that read San Fernando Valley. Phone numbers were exchanged and soon both clubs found themselves hanging out together. With so much in common, these clubs decided to unite, taking up a black and gold color scheme and blending the plaque font into an “Old English” combination that appears to be waving at you as their caravan rolls by.

Forty years later, this club is stronger than ever. They have grown into nine chapters that include Las Vegas, Washington, Houston, and Tijuana. With a parking lot full of award-winning classic cars, guests came from all around to celebrate such a historic milestone anniversary. A few of the special invitees included Individuals, Amigos, La Gente, The Crowd, and Viejitos car clubs, who all helped kick off the night with dinner and dancing amidst a live band performing those memorable oldies that helped bring this car club together.

With lifetime achievement awards handed out, it was time to share classic car club stories and reflect on lifelong memories. Seldom does a car club get the opportunity to celebrate such an event. But with chapters separated by numerous miles, they are just one club, which is reflected in their plaques that do not name a city, but instead simply say “Oldies Car Club.” Who would’ve thought that the love of classic cars from a handful of guys would go on to have such an impact on so many people? “I believe our club has lasted due to the commitment from former and current members,” the current Oldies president says. “Can’t wait to see what the future holds for us.”

When you think about a car club, the word family always comes to mind. The concept of brotherhood, unity, and commitment are the core principles that most car clubs hold onto.

Celebrating your 50th birthday is a milestone. Often referred to as the Golden Jubilee, there’s good reason to celebrate, especially with a wife like Elena Cota.