Newsletter
Sign Up today for our FREE Newsletter and get the latest articles and news delivered right to your inbox.
Home » 1950 Taylor Tot Strollers – Strolling Into The Lowrider Life 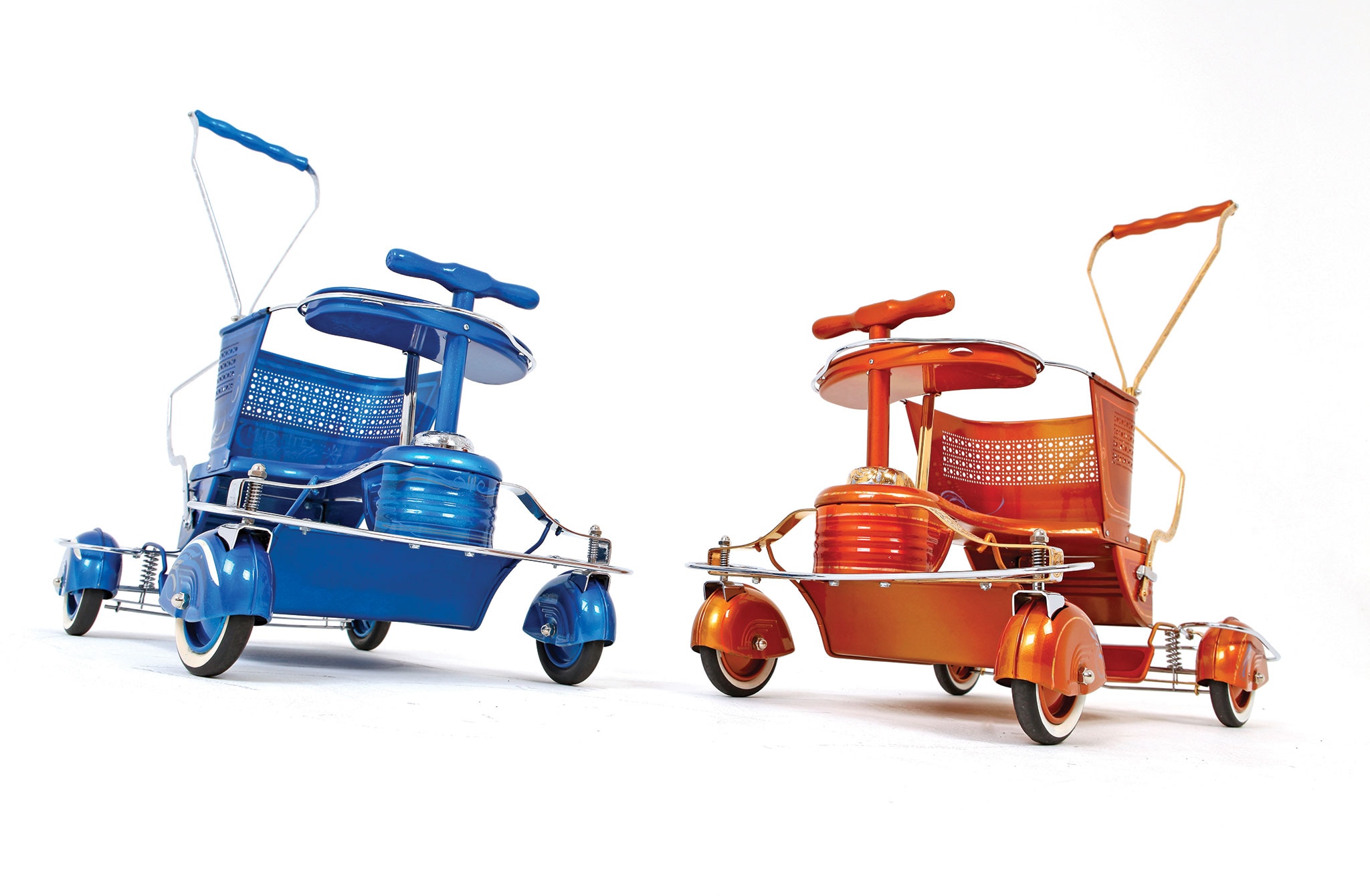 Louie Castro was introduced to lowriding at an early age. Starting with bikes when he was younger, Louie eventually moved on to cars as he grew older. After getting married and starting a family Louie felt that he should introduce his own sons, Jacob and Aiden, to lowriding. Wanting to get them into lowriding gradually and in stages Louie felt the best project to start them off with were strollers, so he picked up two 1950 Taylor Tot Strollers from eBay.

After discussing with his wife what to name them and what colors to use Louie had Aiden’s stroller sent to Johnny Delgado in Spring Valley, California, who painted it a coat of candy blue, which earned it the name “Midnight Stroll,” while Jacob’s stroller, “Sunset Stroll,” was sent to Manny Cesneros of CSNRS Color Studio in El Cajon, California, where it was painted candy orange. After both strollers received their new paintjobs they were then given to Manny for pinstriping.

To add some more flash to his sons’ strollers, Louie decided to have them engraved. Wanting to make sure he would get high-end work, Louie took the strollers to Jagster Engineering for engraving duties. After seeing the work done to Aiden’s stroller Louie was impressed, however, he wanted to see if Jagster was capable of outdoing itself so he had the guys there do a special two-tone engraving on Jacob’s stroller using both gold and chrome plating.

Louie says that his sons love their strollers and are always excited to go out with them because of all of the attention they get. Louie hopes that his sons will still be interested in lowriding when they grow older, and has plans to do bicycle builds and eventually car builds with them when they are old enough. Louie would like to thank all those involved in building his sons’ strollers for all their hard work and support.