Newsletter
Sign Up today for our FREE Newsletter and get the latest articles and news delivered right to your inbox.
Home » 1930s Taylor Tot – Clara’s Stroller 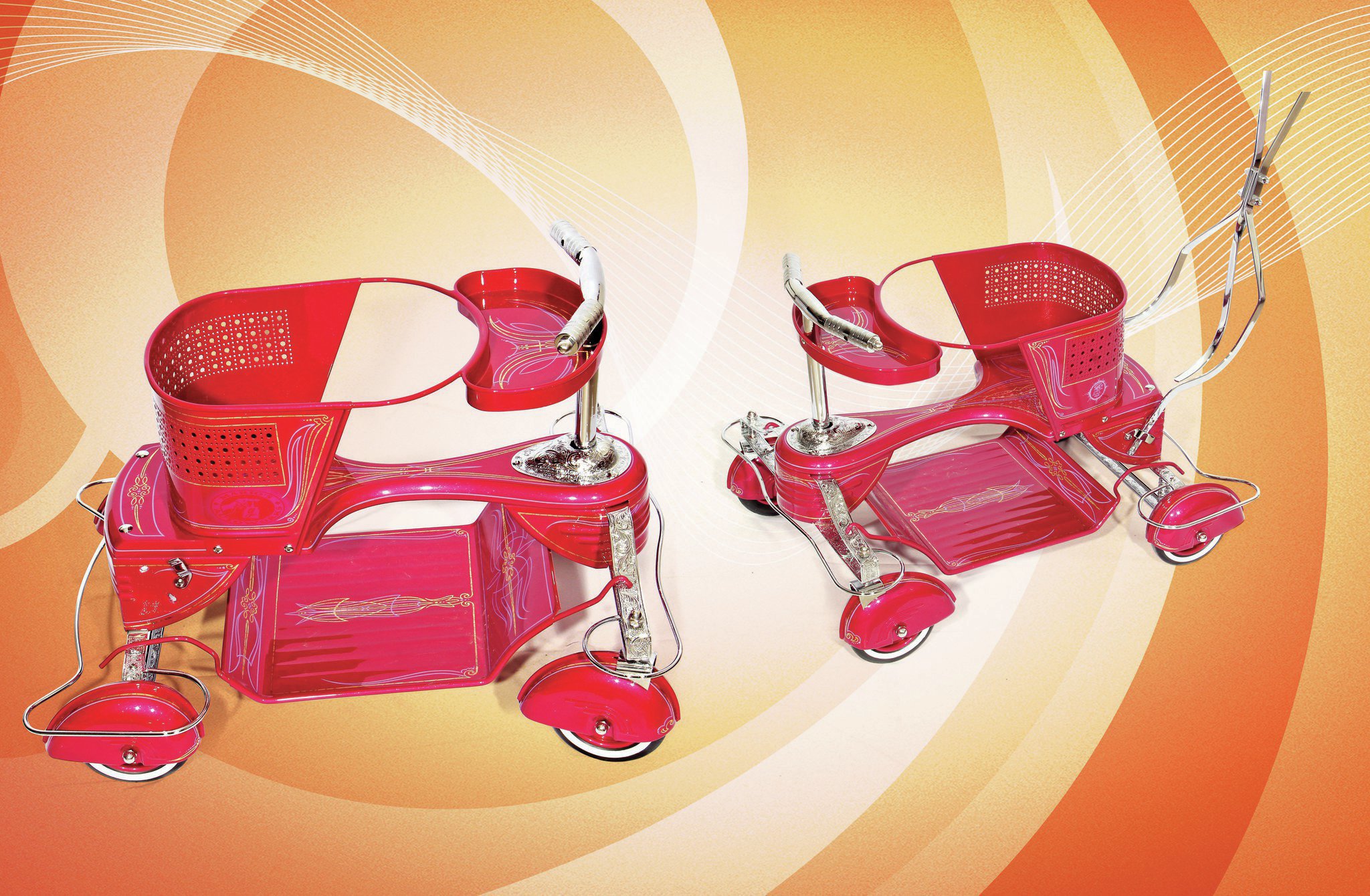 When our Associate Editor Beto Mendoza, was asked by Steve and Irma Trevizo to baptize their daughter, Clara Elizabeth, he knew that he had to do something big for the special occasion. As a result, he came up with the idea of building her a custom 1930s Taylor Tot stroller.

The search began by checking popular websites like eBay and Craigslist, while also reaching out to people he knew who had these strollers. Beto’s search came to an end when he called Greg DeAlba, who owned one of these strollers that had yet to be restored. Greg is known as the one who started the Taylor Tot trend over a decade ago when he first built them for his kids. Having this knowledge, Beto proceeded to purchase the stroller from Greg and have him be the lead builder in the stroller’s creation.

With the baptism only a couple of weeks away that meant there wasn’t much time left and the build would have to be a quick one. Greg got right on it and tore the stroller down. As he started prepping the body for paint, several metal pieces were sent out to Engrave It Inc. to have them engraved and chromed. Once Greg completed the bodywork, he painted it magenta and flaked it out before it was sent out to Danny D. for some fine pinstriping and leafing.

All the finished parts were sent back with only a few days left before the baptism so Greg took it upon himself to work late hours. Clara’s custom stroller was officially completed the night before her special day. Beto would like to thank Greg DeAlba, Hernan D’Aloia, and Danny D. for making time in their busy schedules to squeeze in this build on a tight schedule. They made a little girl very happy.

Body/Paint: Mario’s Auto Works in Montclair, CA, prepped the stroller before painting it with House of Kolor magenta with flake. He then prepped it for Danny D. of Baldwin Park, CA, who added the fine striping and leafing before it was cleared and buffed.

Chrome/Engraving: All the metal parts except for the custom handle that was built buy Greg DeAlba were taken to Engrave It Inc. in Ontario, CA, where Hernan D’Aloia engraved a few of the pieces, while Iran “Woody” Mestas took care of chroming everything

Wheels/Tires: Greg DeAlba added whitewalls to the stock wheels to give it that lowrider look