Newsletter
Sign Up today for our FREE Newsletter and get the latest articles and news delivered right to your inbox.
Home » Car Builder, Chris Roark – State Of The Art 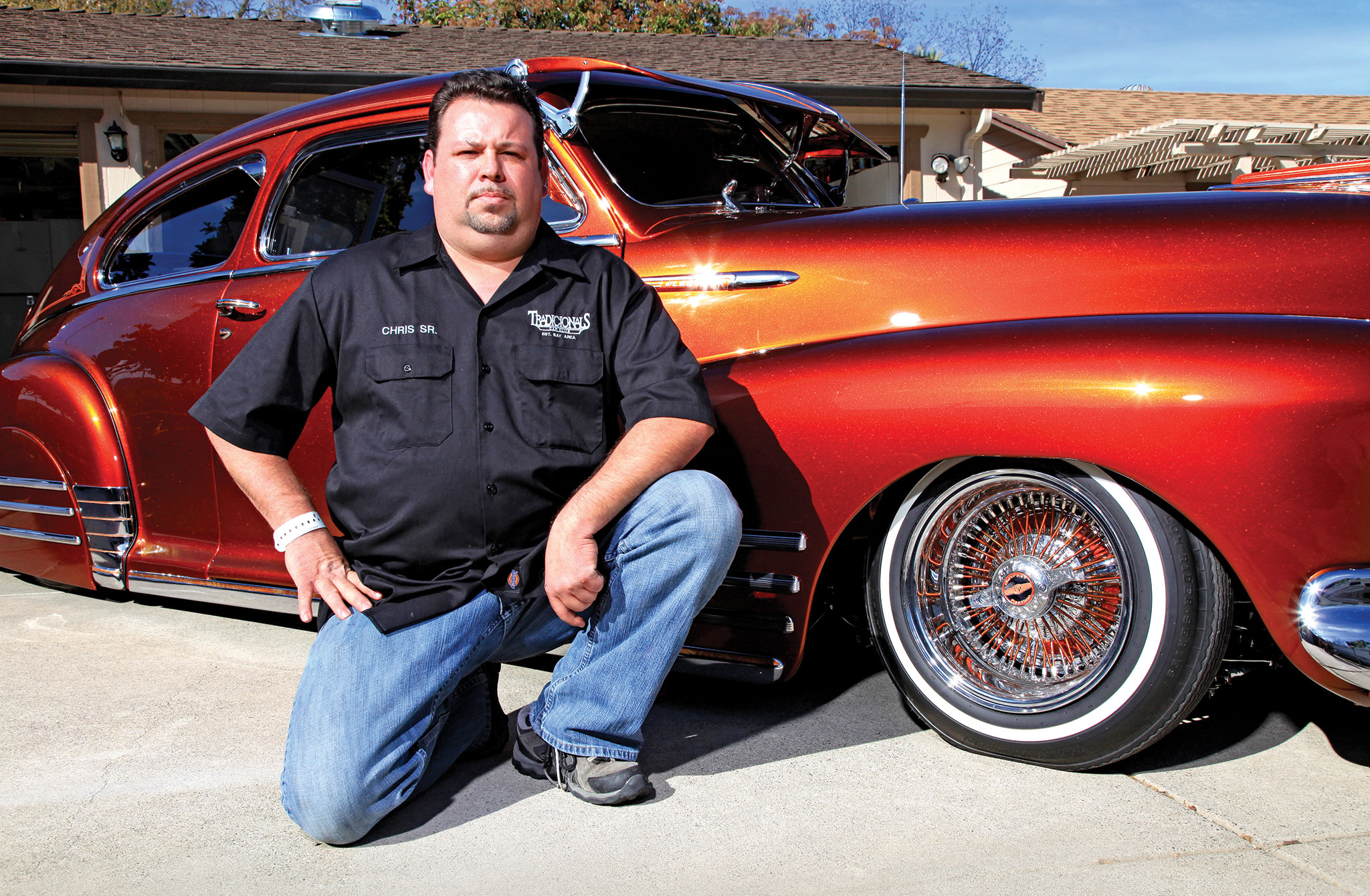 In any given industry, there are many who will participate, but very few will change the game. That said, Chris Roark is a name that has become synonymous with excellence. Even more impressive than his long list of awards and accolades is the fact that he’s an influencer who has not only changed the game – but also the rules.

Much like lowriders are known as the cars that are built and not bought, the same can be said of his hydraulic systems. Rather than going with conventional kits and repurposed aircraft parts, Chris has designed and machined parts that are impeccable in both form and function. In one of his previous builds (Dark Side Dynasty), that car alone had over 280 custom machined parts, which were designed in CAD.

His hydraulic systems have been so advanced that he’s baffled judges, had to educate them on his setups, and as a result, a new class for hydraulic setups was introduced. While some judges may get upset that was written, one has to admit that no industry moves forward without innovators such as Chris shaking the cage. That said, we tip our hats to Mr. Roark for coming along with these magnificent setups. As with any innovators from both past and present it’s time to take a page from their books and get educated.

For those familiar with his work, Chris is an artist whose attention to detail is second to none. From top to bottom, fit to finish, his cars are rolling pieces of art built to please. But when asked whom he’s competing against, his answer was simple – himself. Each of his cars is built out of passion and it’s his own work and determination that drives him to create something better and more advanced than the last.

Now the inevitable argument comes that he can create these immaculate builds because he’s got the budget, but that’s far from the truth. There are plenty of things that money can buy, but among the few that can’t be bought are height, creativity, and class. That said, no amount of money could have purchased the vision he’s had for each of his builds and more importantly, the time and money spent on just his hydros is testament to his love for lowriding. Now factor in that he’s the first to do custom machining for lowriders, and the fact that he did this nearly a decade ago, and it’s safe to say that he’s true to it and not new to it.