Newsletter
Sign Up today for our FREE Newsletter and get the latest articles and news delivered right to your inbox.
Home » ’60s-era Fire Truck Pedal Car – Blue Moon 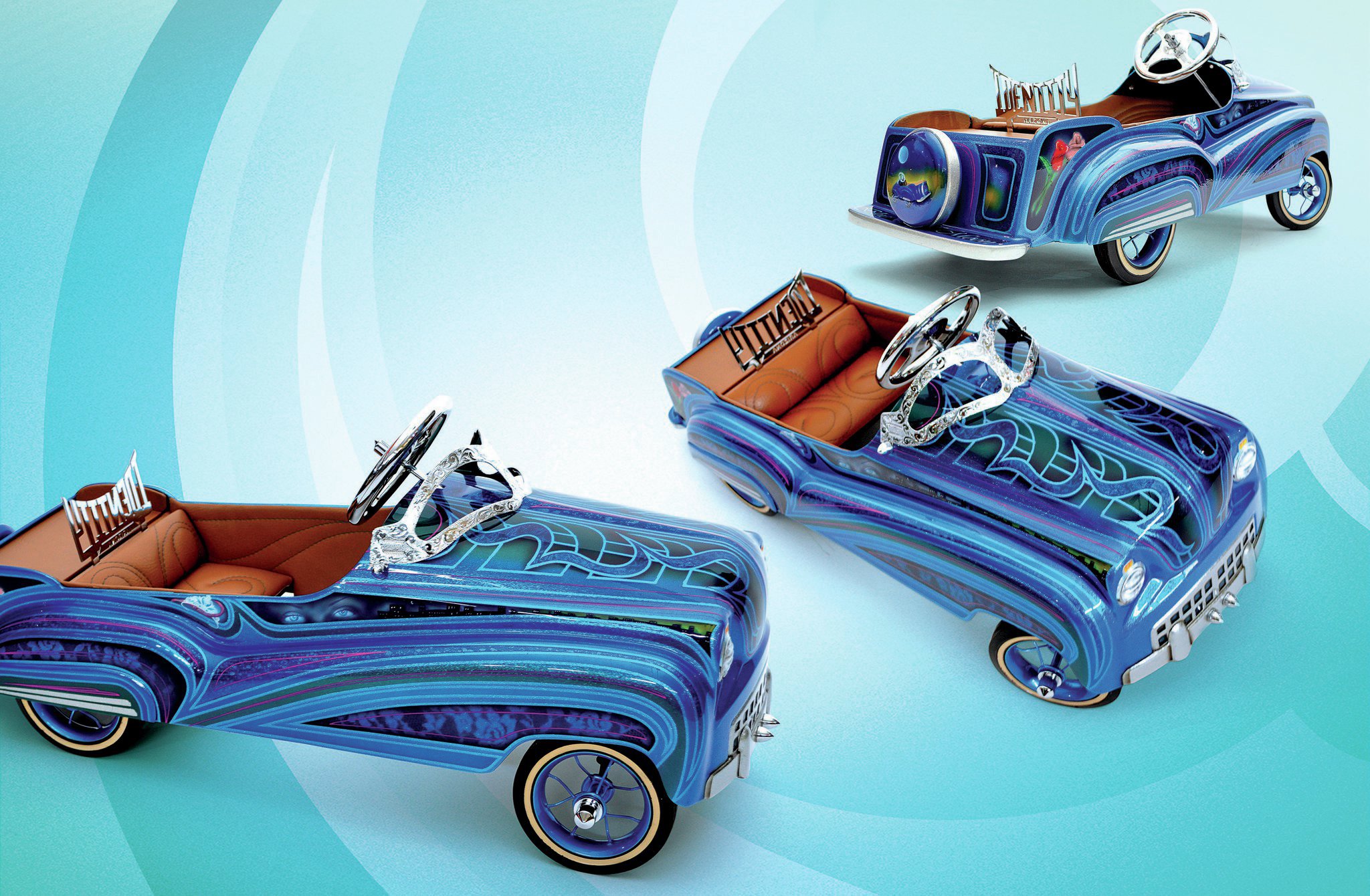 Longtime veteran Al Luna has been a prominent figure in the lowrider community as one of the founders and influential members of Identity Car Club. He resurrected the retired car club based out of Phoenix and, in a few short years, proved that his tank still had plenty of gas and revitalized the plaque that flew back on Central Avenue in South Phoenix back in the day.

Though Al had plenty of help getting the club back together, his drive was self-motivated with family by his side. As we grow older, our values and perception can change. It’s not about you and your ride; it becomes about your family, home, and then the ride. As Al’s family grew with his wife, Liz, car shows were part of some family outings. Al and Liz included the kids and grandkids with the family hobby helping Al get the ride ready for those same events. Al’s granddaughter Tiana experienced lowriding before she could talk or walk. Her grandfather would walk her around the car shows and Tiana immediately fell in love with the peddle cars on display. All it took were those mija eyes and Al had a mission to find Tiana a pedal car that would make a good family project.

Al got that chance on his way to a local car show. He and Liz were on the road and Al noticed a truck bed full of junk going to be dumped. He asked the driver if he could buy the ’60s-era fire truck pedal car and $40 later, Al and Tiana had a family project. The project’s name was mostly Tiana’s idea. Her favorite color is blue and with the last name of Luna meaning “moon” in Spanish, Blue Moon became the pedal car’s show name.

Al wasted no time in sending the project off to Showtime Customs of Phoenix where Chaio Mercado started fabricating fully functional cruiser skirts, a continental kit, and then went to work on a blue paint scheme. To complement the candy blue flake patterns, murals were air brushed by MacGyvers Customs. The fine-line pinstriping was laid down by master striper Ron Hernandez. Engraving added some bling to the little car, and it was hand-crafted by Johnny Rendon. OG upholsterer Chaz of Streetwerx Autowerx finished her off with a custom seat.

Two years of showing Blue Moon has been a bonding experience Al and his mija will share forever. Of course grandpa makes sure this pedal car is ready to compete and win! Including the amazing Blue Moon display turntable it is shown on. Tiana now has over 16 awards for Blue Moon and, though it might be limited to future exhibits at shows, this pedal car is now a family treasure that Tiana can keep as a memento from her grandpa Al.

A deal that nobody could pass up on.

Those of us in lowriding get the bug for lowriders at different stages of our lives, some at a young age, some when we are older. For Sean Martin he was born into it.

City Wide’s first show may have only brought out a few cars but over the years their event has grown to be one of the largest lowrider events in the Colorado Springs area.