Newsletter
Sign Up today for our FREE Newsletter and get the latest articles and news delivered right to your inbox.
Home » El Catrin Barbershop – Lowrider Konnected 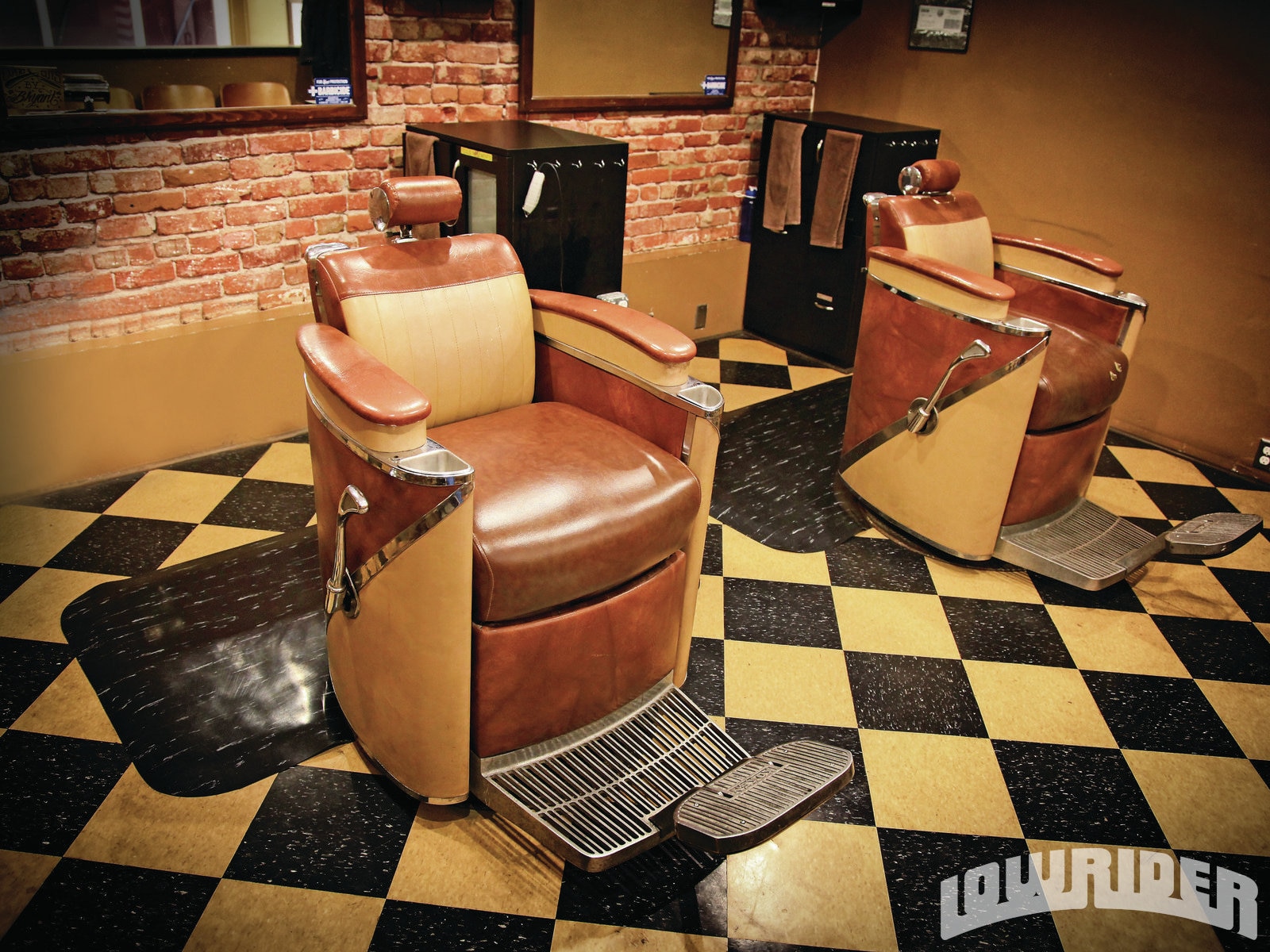 Located at 400 W. 4th Street in Santa Ana, CA., El Catrin provides haircuts and straight razor shaves in a historic setting with an old school feel to it. The late 1800’s building isn’t the only reason for that. Owner Carlos “Exit” Landeros is a member of the Viejitos OC chapter, and his goal was to create an atmosphere that harkened back to the days where men were men and they greeted each other with eye contact and a firm handshake. A former Navy man who relocated from San Diego, Carlos opened up the shop two years ago with the help of his friends and club members.

By word of mouth, we heard about his straight razor shave and other than seeing that in cartoons as a kid; I didn’t think those places still existed, so we had to check it out for ourselves. Walking into the establishment, there was no doubt that the shop was “Konnected “to the Lowrider scene with the rides parked out in front and the old school memorabilia hanging from the walls. Once my turn came up, I made my way upstairs and sat in a 50’s style barber chair to begin what would later be a tradition for me. From seeing a straight razor shave on tv, I thought I knew what to expect but I really had no idea. The straight razor shave began with having hot lather massaged on and placing a hot towel over my face before applying a cool lubricant for that smoother shave. Once I was shaved it was a great experience and I left this special place a new man. If you have never had a single razor shave, I recommend that you do and soon and not just for special occasions. El Catrin provides a full service haircut. Nowadays, people are used to in and out fast food and online bill paying, but when you come into this shop, everything takes time. At first, people want to rush but once they get used to the shop, they like to come in and relax while they get a good haircut,” explains Carlos. The barbershop used to be a place of conversation and gentleman discourse and with any luck, Carlos plans on restoring that. Don’t take our word for it though; stop by and check the place out for yourself.