Newsletter
Sign Up today for our FREE Newsletter and get the latest articles and news delivered right to your inbox.
Home » New Style Car Club 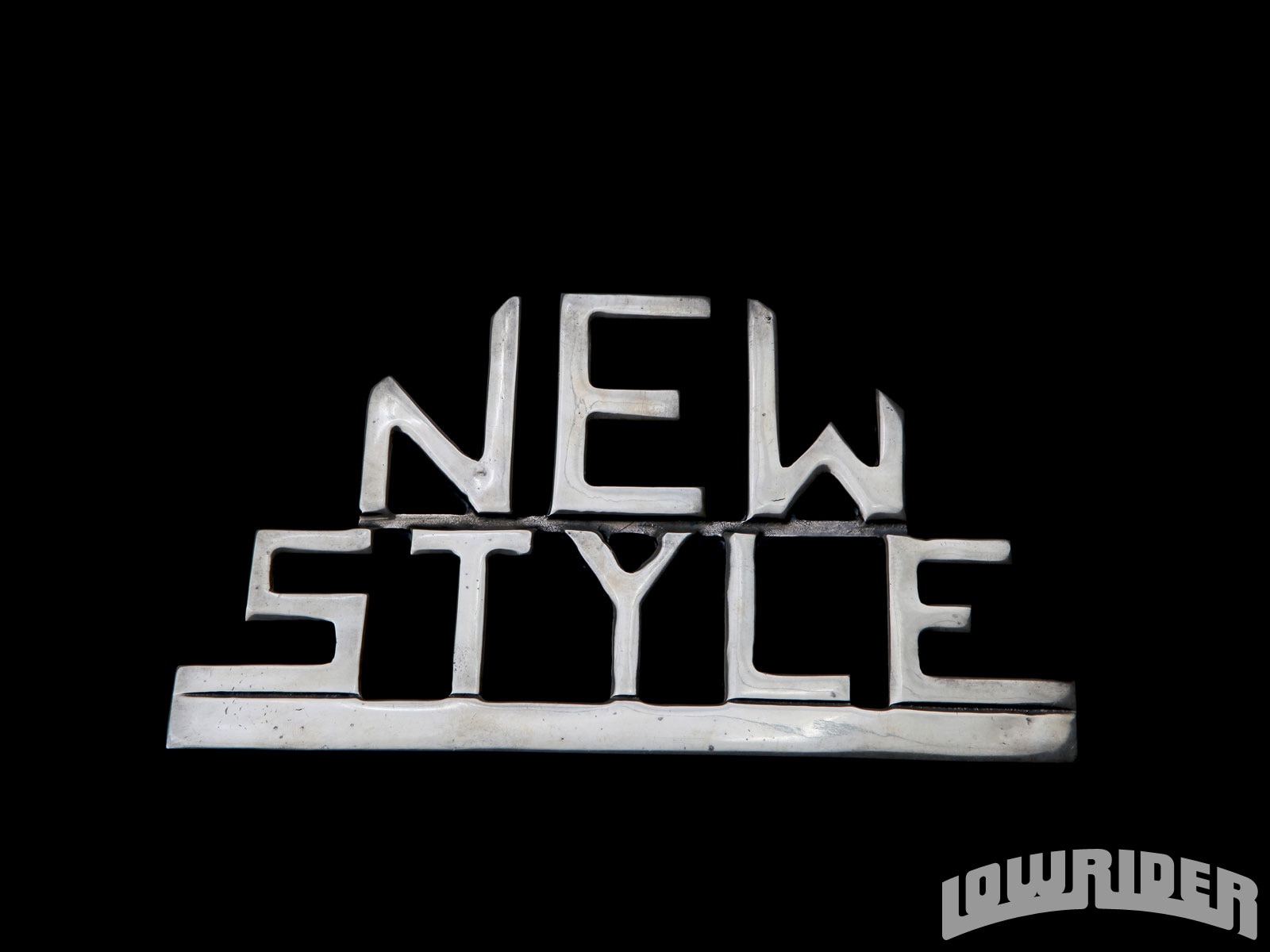 The ‘70’s are considered to be the greatest time period in Lowriding history by all the purists, veterans, and founding fathers who were blessed enough to have grown up in this era. It was a beautiful time, as ambition exceeded innovation, forcing key holders to be more dedicated to their rides and peers than many of the casual cruisers of today. Yes, they lived and breathed it back then, and it’s safe to say that the picnics and cruises from the 70’s are something that we will never see again. During that time many car clubs began forming, with a common agenda and priority of cruising the Boulevard on the weekends. Southern California had Whittier to cruise and Northern California had Story, and King making these areas the proving grounds of those early days. It is said that as many as 15,000 people would show up on the weekend to cruise Story and King, but only a very small handful of those in attendance would make their presence felt. One club that always made their collective presence felt on that special cruising spot was New Style Car Club. Not only were they a force to be reckoned with on the Boulevard, but also at car shows throughout California, where they began to earn a reputation of building and driving quality Lowriders.

“I started New Style car club in ’73,” states the Lowrider Hall of Famer, Andy Douglas. “We were all in high school when we started it [the club], but we didn’t break out the official club until ’74.” All of the original New Style members grew up in the gang infested East Side of San Jose, CA., where they attended Overfelt High School. “We were at the Jack In The Box (on Story and King) when we got the idea to start the club,” recalls Rick Garcia. “It was Andy, my brother Manuel, Robert, and I that had the idea, but Andy was the one that said ‘Let’s get it going,’” explains Rick. “Andy is the founder of the club, he is a real go getter,” says Rick with admiration. Two blocks away from the infamous intersection at Andy’s parents’ house on Gainesville Ave, is where Andy provided the first hydraulic installations in San Jose. “That’s also where New Style started,” says Andy. “We (New Style) were the first club in San Jose with 5.20’s and hydraulics,” Rick notes with pride. “People used to make fun of our wheels,” laughs Tony Bueno. “They used to say that we had bicycle wheels.” Of course, this was before everyone else in the area jumped on board with the 5.20 look.

Andy is famous for bringing hydraulics to the masses in the ‘70’s, but it was a friend of his named “Poppy” from East Los Angeles that inspired him. “Poppy was my friend from East L.A.,” explains Andy. “He got the L.A. look inspired in me.” The 5.20’s, the dropped rear with the front lifted was something that Andy picked up from visiting his friend Poppy in East Los Angeles.

In ’74, the four-member club went down to New House in the Los Angeles area to have plaques made up for the club. “The original name for the club was The Style,” explains Andy. Once he and the rest of The Style members got to the shop, they saw plaques with a name too similar to theirs. The plaques hanging on the wall read New Style. They started debating on the name since they didn’t want a name that was too similar to another club’s name. The guy working told them that New Style was an LA-based car club that broke off from a club called Santa Ana Classics. The club had ordered the plaques but fell apart before they even got started. “We called the club and found out that they had a big fallout,” says Andy. The worker told them that he had 20 plaques ready to go and if they wanted them, they wouldn’t have to pay for the molding since they were already made. Needless to say, this good fortune drove them to change the club name right then and there to “New Style.”

Before New Style was formed, Andy started installing hydraulics at his parents’ house and within a year or two of forming the club, Andy’s Hydraulics really took off. Having his plate full with his hydraulic business, Andy stepped down as president of the club. “Andy had to spend more time with his business so I took the club over after him,” explains Rick Garcia.

The club had started off with four members but once the club got going, it just took off. “We went from four member to 40 in no time” says Andy. Most of the New Style members were coming from the Garcia family. “A lot of the member in the club were cousins and friends of the family,” mentions Paul Cruz. Most of the club members started having kids around the same time, so it made them more family oriented. “The club’s barbeques started looking more like family gatherings than club functions,” Paul says with a smile.

Even though the club had a family atmosphere, it also had very strict rules. Some of those rules included having custom paint, 5.20’s, hydraulics, Zeniths, no four doors, no trucks and so on. “Your car better be clean, and you better have your plaque on; if not you were in trouble,” says Tony Bueno. Members were fined for not flying their plaque, or for having their car or plaque dirty.

A lot of the New Style members wanted to roll on Tru Spokes but they weren’t allowed to while in club. For this reason, half of the New Style members broke off and started a new club called New Wave. “We were all real good friends,” says Andy regarding New Wave Car Club. “We used to have picnics together.” New Style was the first Lowrider Car Club in San Jose, but soon after, many clubs started forming. “New Wave, Uniques, Low Conspiracy, and First Impressions all started coming out,” says Rick. “Within five years, there were about fifty car clubs in the east side of San Jose,” says Andy.

Most of the members then had new Cadillacs and Caprices. “Everyone in New Style had a new car in the club, I was the only member at the time with a ’64 Impala,” says Tony Bueno. The club wouldn’t only cruise their cars on the blvd., but they would also show them at car shows all over California. New Style always looked forward to car shows in the Los Angeles area. “We used to have a good time at the shows,” explains Paul Garcia.

Currently, the New Style car club has 12 members, with most of them having two cars in the club. The current club president is Doug Vigil, owner of “Heavy Hitter,” and the vice president is Mike Page with “Orange Juice.”

“I just try to keep the standards high in the club” says Doug. “Right now it’s not just about the cars, it’s about the person, too,” says the 18 year New Style member. “If a guy comes around and had the baddest car in the world but he just isn’t fitting in, then we don’t let him in.” Many have asked to chapter out but the club had never done that. “As long as the person has a nice car, a good personality, and can make it to the meetings they can join” says Doug.

“I feel proud to see how much heart these guys have in their cars and how much pride they take in them,” says Paul Cruz wistfully. “I have a soft spot in my heart for Doug, for still having the club going,” says Andy Douglas with great pride. “We are glad to see that after almost 40 years that the club is still going” says Rick. “We’ll always be New Style,” says Tony. “We’ll always be Lowriders,” says Paul.