Newsletter
Sign Up today for our FREE Newsletter and get the latest articles and news delivered right to your inbox.
Home » George Rivera – Second Life – Lowrider Roll Model 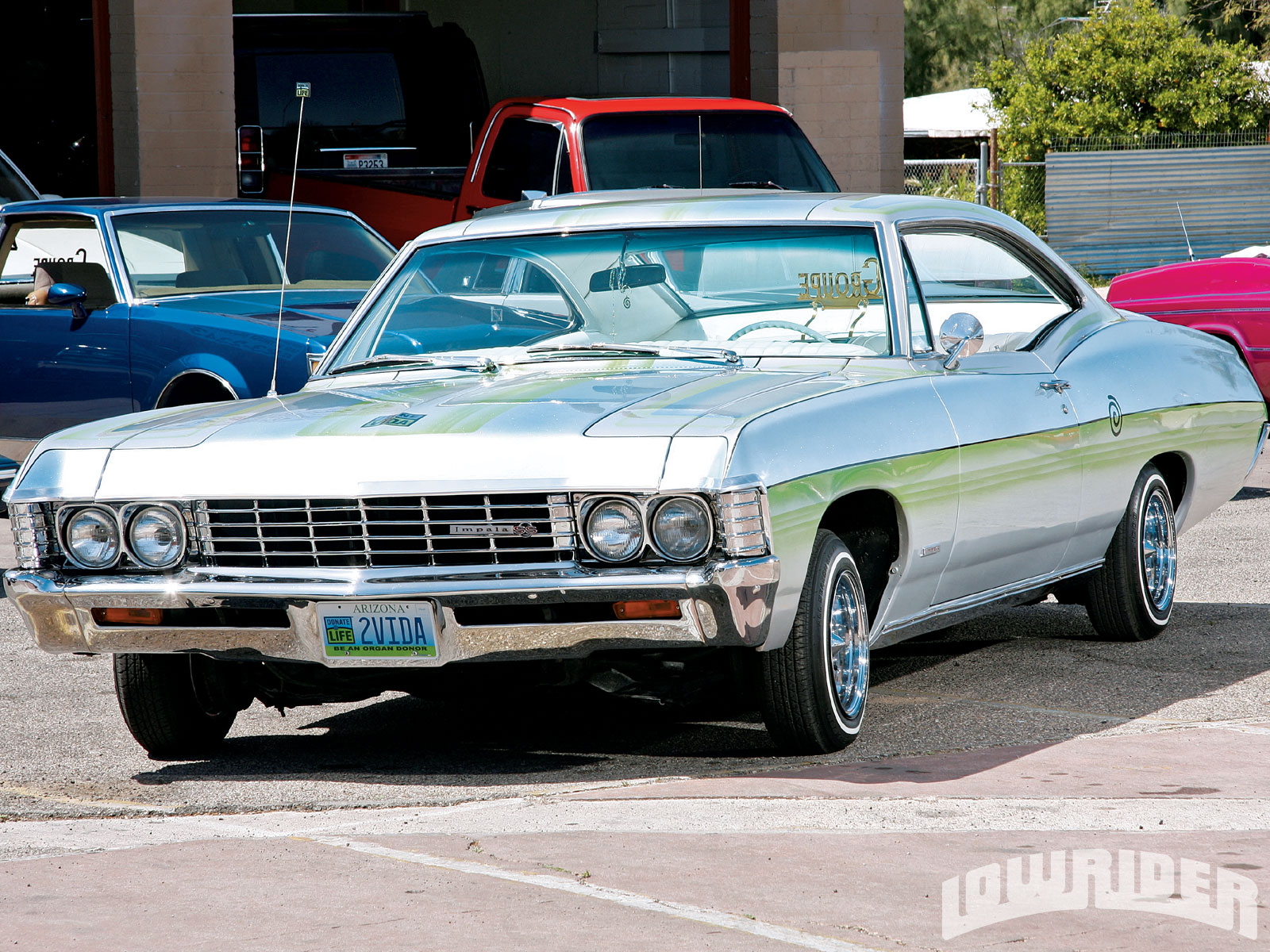 In the U.S. more than 100,000 men, women and children currently need life-saving organ transplants. An average of 18 people die each day from the lack of available organs.

As a child growing up in barrio Hollywood on the west side of Tucson, George Rivera contracted rheumatic fever, damaging his heart, and for several years lived with a possibly fatal heart condition. It was not until after he graduated from high school, would he be placed on the national transplant waiting list. Less than a year later on December 2, 1989, George received his new heart at the University Medical Center in Tucson.

Ten year later he was diagnosed with renal failure and spent three years on dialysis before receiving a kidney transplant on March 29, 2003.

None of these life-changing obstacles have changed George; he is still a die-hard lowrider enthusiast and a member of Groupe Car Club, Arizona chapter and a man who puts family first.

George and his brother Jesus spent more than two years perfecting his 1967 Impala, named “Second Life,” which was painted by legendary car painter O.G. Mando of Arizona, blue and green and adorned with the Donate Life logo. On the back of the car the number 213 is painted because he was the 213th patient to receive a heart transplant at the University Medical Center in Tucson.

It has been almost twenty-one years since receiving his heart transplant and George has become an advocate within the lowriding community for the organ donor program. Traveling across Arizona with the help from his brother and his brother’s wife Reina and car club members. George takes his ’67 to car shows, speaking engagements and anywhere he’s welcomed.

Without the transplant, George would not be around today and because of that, he lives life to the fullest. Enjoying each and every moment of it with friends and family and doing his part to help others that might be going through what he has gone through.

As George put it, people of all ages and background can be organ donors. If you are 18 or older you can be a donor by signing a donor card. You should also let your family know your wishes.

To have a higher calling is when something reaches out and absorbs you. It creates a spark of light that can’t be extinguished, and it becomes an obsession you can’t shake.

Giving an old farm truck a second career of having fun and frying tires.

Transform a family car into a world class lowrider.

Getting them into Lowriding while they’re young