Newsletter
Sign Up today for our FREE Newsletter and get the latest articles and news delivered right to your inbox.
Home » Style Car Club – 30 Years Of Elegance 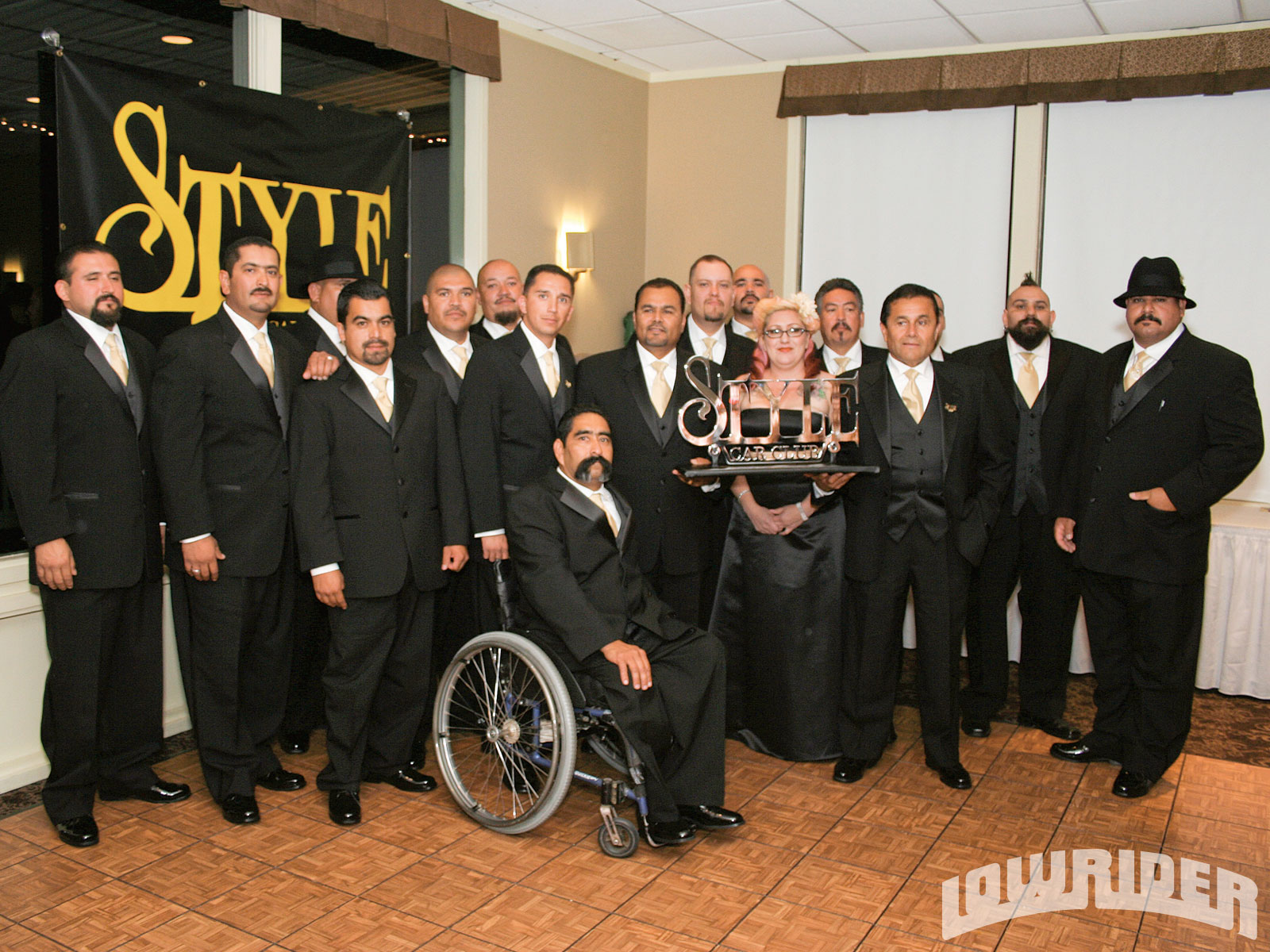 When a lowriding enthusiast thinks of a well-known car club, they usually think of the clubs that have the most presence at big car shows throughout the year. These are the car clubs which have hundreds, maybe even thousands of members that are generally thought of as the sport’s leading clubs, but as the old saying goes, it’s not always the size that counts. Sure, some of the other larger-sized, multi-chapter clubs have some very respectable rides and members, but very few are as consistent as an entire entity in the manner of which Style Car Club is.

Style has been around for over 30 years, and the club has kept their membership around 25 members throughout that time span. They have proven that with each member and vehicle worthy of riding under the Style plaque, an unprecedented standard of quality and leadership must be maintained. It is this constant drive to find the utmost level of loyalty, attitude, and quality membership, which has made Style as recognizable and distinguished as other storied and like-minded car clubs who have been around for decades. In fact, some of the members who helped form Style Car Club were former members of Elite.

Style began its dynasty in 1979, with their hub centered in and around the Southern California city of Pomona, CA. Just before the inception of Style, Elite Car Club was a leading Lowrider club in the area, and was heading into a new direction, consisting of strictly show-only vehicles. Some of the Elite members just did not want to go that direction. They wanted the club to maintain its grass-roots organization and reputation for boasting strong street-custom cruisers, rather than car show exibitors. These members liked going cruising in the local scene, or going to picnics in addition to attending the car shows. With the club split over the future direction of Elite, a large section of the club broke away, and Style was born.

David Arsenega was the first president of the club, and was succeeded as president by Frank Ybarra. In 1992, the vice president of the club, Danny Ayala, took over the presidential duties, and reigned over the club up until two years ago. He decided it was the right time to step down and hand over the responsibilities to his right-hand man and fellow member, Henry Montoya. Henry had been in the club for over a decade at this point, and had shared a lot of blood, sweat, and tears with Danny. The two shared common ideals, goals and a unified self-image of the club.

Danny and Henry confidently insist that if a person knows a Style Car Club member, they know a nice guy. A good attitude is very important, and this is a major quality that is taken into consideration for all potential members. A thorough background check is done for each prospective member, and usually he or she is referred to the club with a recommendation from a current member, already within the club. All current Style members know what kind of high-quality members are sought after, so a prospective member won’t even be considered if they are less than that standard. That is why Style does not have a high turnover rate of members, nor does it frequently have “new” members: Their newest member has already been in the club for two years.

Today, Style has 16 members, each with an eye-catching Lowrider. All of the vehicles in the club are traditional or luxury style rides, with the 13 or 14-inch spoke rims, or the OG style hubcaps. Henry says that everybody helps each other out with their rides, and the members treat each other like a big family.

Style car club just had a big year in 2009, celebrating a cover spot on the October ’09 issue of LRM, (with Danny’s purple ’61 Impala convertible) and of course their big 30th anniversary, in which they held a formal dinner and dance banquet at the San Dimas Country Club. Other car clubs also came to celebrate and give tribute to this highly respected group of men and women riders. Seven former Style members from the ’70s, ’80s and ’90s, also came to support the club as well. Delicious food was served to the couple of hundred people in attendance, and the amazing night concluded with dancing and a pair of raffles for sets of custom rims.

Style continues to lead the way with elegance, flair and grace, attending car shows, community events and other Lowrider functions. Most recently, they attended the Los Angeles County Fair, which draws about 1.4 million visitors per year. They are among the few featured Lowrider clubs given permission to drive in the big parade through the fairgrounds during the fair. Style also coordinates and/or attends free youth authority car shows, promoting a better lifestyle among our at-risk youth.

Henry says that as president, he can’t take personal credit for his club’s highly respected image – he thanks his members, because without them, the club would simply not exist.