Newsletter
Sign Up today for our FREE Newsletter and get the latest articles and news delivered right to your inbox.
Home » How to Break Down a Transmission – Transfer Of Power 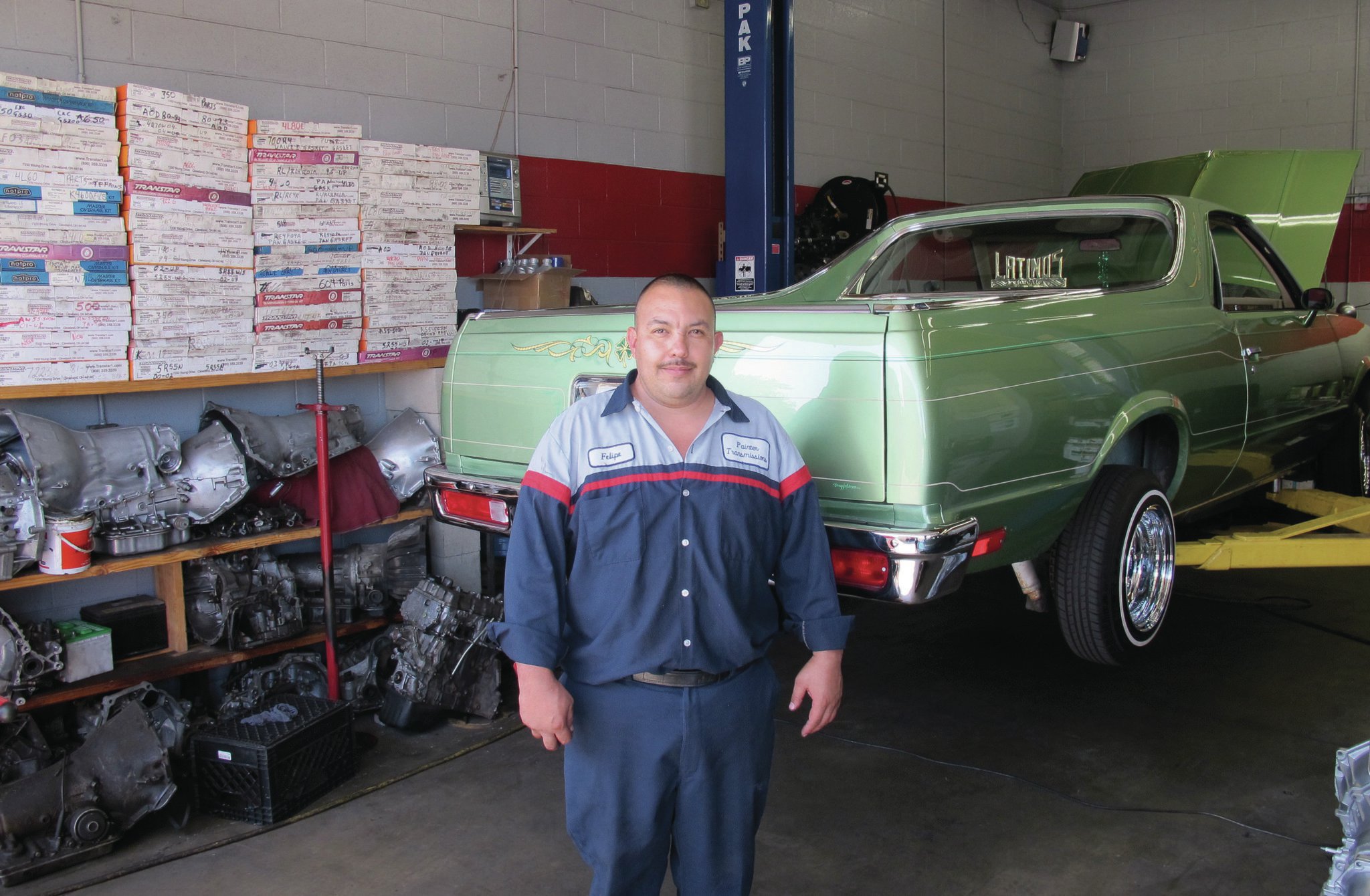 To break down a transmission in entire technical detail would encompass a task best left to books by companies such as S-A Design, so in this month’s tech article we’re showing you the basics of breaking down a 4L65E transmission. Bred and modified from the old-school 700-R, the 4L65E is one of the most popular transmissions with tuners and builders alike.

Before moving on, it’s both informative and educational to understand where the naming convention of this transmission comes from as well as some historical information on its origins so here it is:

Prior to this 4L65E being released, its predecessor was the 700-R4, commonly referred to as the 700 or the 4L65. One of the bigger improvements on the 4L65 is the fact that it utilizes electronic shifting (via computer and electronics) versus a mechanical throttle valve and cable. Though the 700-R4 and the 4L65E come from the same family, the use of electronic shifting is much more precise than the mechanical cable system found on the 700. For those of you who have tinkered with the 700, you already know the painstaking detail, which needs to be applied when adjusting the cable. In short, a maladjusted cable means a toasted transmission.

On the flipside, the 4L65E uses a computer to control shift points thus providing a quicker and smoother shift. Though many of the internal components are interchangeable between the two transmissions, the 4L65E has stronger internal components as well as redesigned valve bodies and a stronger input shaft. In short, the evolution of technology and engineering assures a trouble-free transmission so go with the newer 4L65E, even if it means waiting a few months to save up.

During this particular breakdown, we paid a visit to Felipe, the owner of Painter Transmissions. Best known as the “go-to guy” for transmissions, he broke down the 4L65E with technical prowess, while giving us an increased awareness as to what gets our wheels spinning.

Again, this article offers some insight as to what’s involved in breaking down a transmission and we’ll tell you first-hand that it’s a messy job, which requires plenty of technical knowledge as well as the proper tools. Enjoy the piece…or pieces.

Remove servo piston, which will be upgraded to Corvette style piston for faster engagement.

Remove bellhousing. Please note, some of the bolts on the bellhousing may be difficult to remove even with air tools. In this case, two bolts were stuck so Felipe used a chisel to break them free and later replaced them with new bolts.

Remove ball body, valvebody plate, followed by gaskets and internal harness. During this process be careful not to lose the little bearings, which may fall.

At this point you’re just about halfway there and this is where you get to the goods. Remove the front planetary. Followed by the removal of the rear planetary, output shaft.

Remove the low and reverse piston.

With everything disassembled it’s time for inspection followed by a thorough cleaning before reassembly of new upgraded parts and gaskets.

special thanks to Painter Transmissions

“Coolant Alone Is Not Enough”

If you want to keep you engine running as cool as your car, then we advise you take our tip and pour this special product from Lucas Super Coolant that has been scientifically formulated to provide the ultimate protection in automotive and racing cooling systems. It protects the entire system from rust, corrosion, and electrolysis, including aluminum. Our unique formula prevents deposits that can cause overheating, and has been proven to reduce coolant temperatures up to 20 degrees F. Lower cylinder head temperatures means advanced ignition and more horsepower.

Remove ball body, valvebody plate, followed by gaskets and internal harness. During this process be careful not to lose the little bearings, which may fall.