Newsletter
Sign Up today for our FREE Newsletter and get the latest articles and news delivered right to your inbox.
Home » LS-series Transmissions – The Cruisin’ Connection 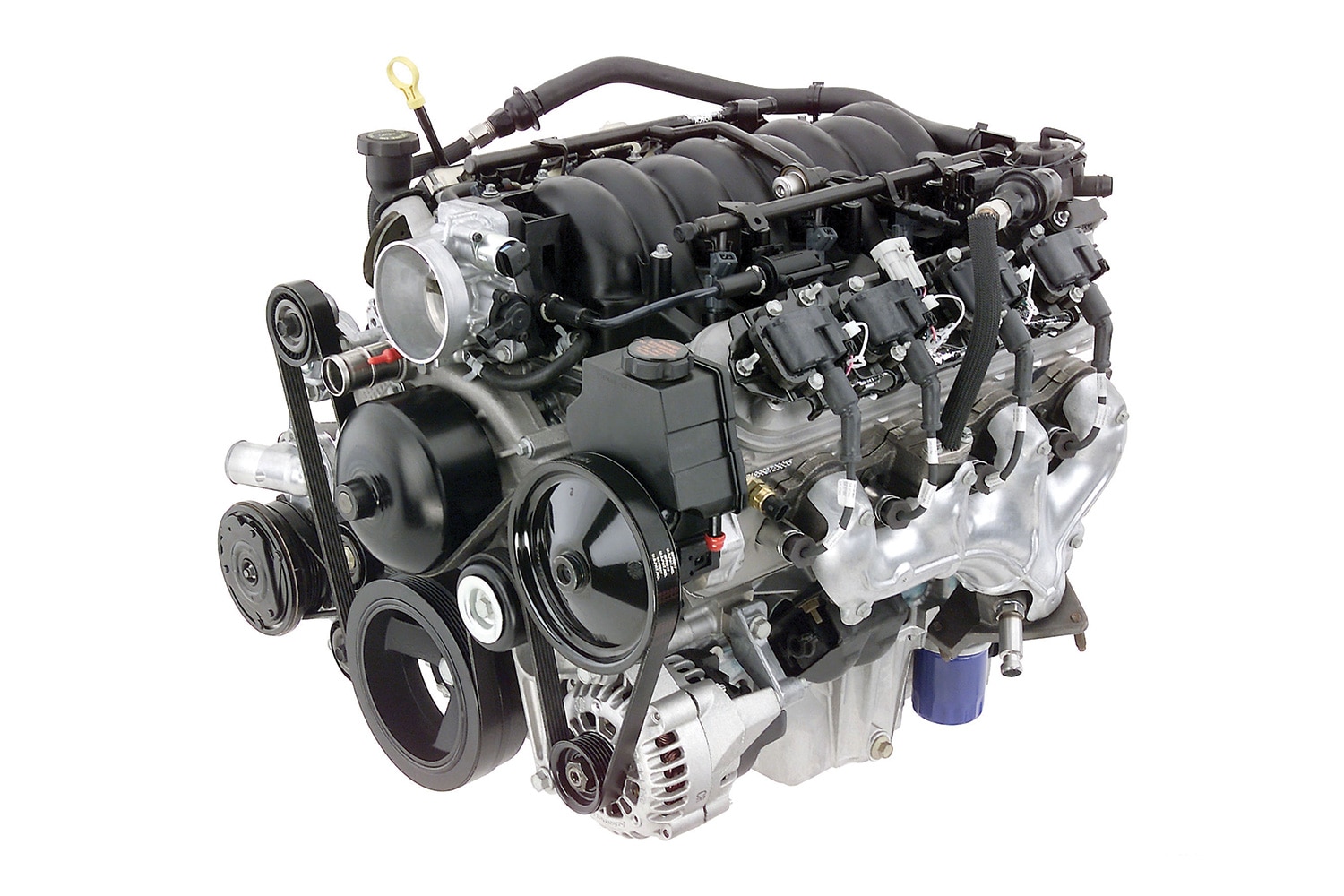 When you head out to a wrecking yard in search of the right used and low-mileage LS-series engine to transplant under the hood of your classic or custom ride, it doesn’t matter whether it is a Generation III or Generation IV LS engine, just make sure that the transmission it came with is either still attached or close by to avoid problems concerning adapting the right trans to the right motor.

If you can’t find that dynamic dual package complete, then follow along as we guide you to the right trans for your LS engine. Back in the days, and considered to be one of the finest overdrive automatic transmissions ever produced, the TH700-R4 stuck around for many years because GM continued to improve and add upgrades so that it could continue handling the small- or big-block power motors of yesteryear. In 1990, the 700-R4 would be redesigned to become the 4L60. There were no major changes until ’93 when the “hydraulic logic shifting system” was converted over to an electronic one now known as the 4L60E.

The General Motors 4L60E four-speed automatic transmission is also one of the longest-lasting and versatile transmissions GM has ever produced and is preferred by the LS1 engine or better known as “the new small-block” of engines. Because of the following recommendations and factory specifications, the 4L65E became a better choice for an LS1-series engine connection.

The 4L65E was developed for use in GM trucks, but has been adapted for use in the Chevrolet Corvette and other performance cars. It is also utilized in the Cadillac Escalade and other trucks using GM’s 6.0-liter eight-cylinder gasoline engine. These include the trucks and SUVs that you readers have in your driveway, like the Chevrolet Silverado, GMC Sierra, and Yukons. This transmission is also available for aftermarket purchase too, so you can swap out your old engine/trans into your classic that’s inside your garage.

When it comes to the chief GM engineer, he states that the 4L65E “can handle about 20 percent more torque than the L60.”The maximum torque for the 4L65E is 380 lb-ft. Yes, those trucks and SUVs in your driveway know what it takes when it comes to towing your ride around from shop to shows. With these types of transplants you won’t need to use a trailer anymore because you will have the power and reliability to get around in your ride anywhere just like your truck does.

Now we introduce the right transmission for those of you who take interest in going up a notch and prefer the LS3 (6.2) or above engines. The major differences between the LS3 over the LS1 include the increase in displacement due to the larger bore, greatly improved engine head design, a revised camshaft, a revised intake manifold, and larger fuel injectors. While both the 4L60E and 4L80E are transmissions built by General Motors, the 4L65E is a standard transmission used in rear-wheel vehicles manufactured after 1993, but the 4L80E is typically limited to diesel and big-block vehicles. The two differ greatly in origin, performance, appearance, and price, with the 4L80E being easily the more powerful of the two.

Vehicles with powerful engines, such as big trucks for towing or race cars, require a 4L80E rather than a 4L60E, as the power of the engine is likely to break smaller, less powerful transmissions. For most stock vehicles, the 4L60E is strong enough to work with the LS1 engine. In addition to being bigger, the 4L80E and has an oval-shaped pan while the 4L60E has a rectangular pan. Similarly, 4L80E requires more bolts to secure onto the engine, which corresponds with the bigger size and greater durability.

Naturally, hot rodders were drawn to this trans as a means to finally get a reliable overdrive to go behind high-output big-blocks. Unfortunately it took the aftermarket a few years to come up with a simple and easy-to-install standalone computer system that could be fitted to older, non-computer-controlled vehicles. Well the wait is over and now anyone wishing to harness the full power of their engine on up to 1,000 horsepower, can do so with a 4L80E transmission and computer package to back that up. All we are saying is that you must have the right fit and combo for your powertrain.

If the wrecking yard doesn’t have a transmission that the motor you want came with, then find the right one that does. And if you are one of those “different strokes for different strokes types of people, and you want to take an LS and bore it out into something with more horsepower, then upgrade to a 4L80E transmission. In the long run, it’s better to buy and install the right transmission the first time than buying three later to find out the hard way.

Axalta Paint Tip of the Month

Spray it in Mosaic

As you know in the past, we have had discussions about our waterborne basecoat paint brand called Cromax Pro, which is an extremely great product for those high-production, high-volume shops trying to meet insurance deadlines. With that said, sometimes you just need some good old-fashioned solvent paint to supply those traditional shops and painters who like to express their talents in custom paint. There is some good news on the horizon from Axalta! We have a new 3.5 low VOC solvent basecoat and the name is “Mosaic.” It sprays just like a natural solvent basecoat. It’s “old school,” but with a new flavor.

Mosaic also has better flake control than natural solvent paint and is superior in color matching, which also makes it easier to blend. Even a novice painter can blend those hard silvers and gold metallics without being detectable to the naked eye. It’s that easy my friends, and the upside from switching to “Mosaic” is that there is no investment in new equipment, it requires no new process, and takes minimal training. Oh yes, and the price is right too.

Watch out for “Mosaic” as it will be coming to a distributor near you. For more technical information, please feel free to contact Steven Chaparro at steven.c.chaparro@axaltacs.com