Newsletter
Sign Up today for our FREE Newsletter and get the latest articles and news delivered right to your inbox.
Home » Cooks Machine Works Shop Tour – The Rear End Of A Shop Stop 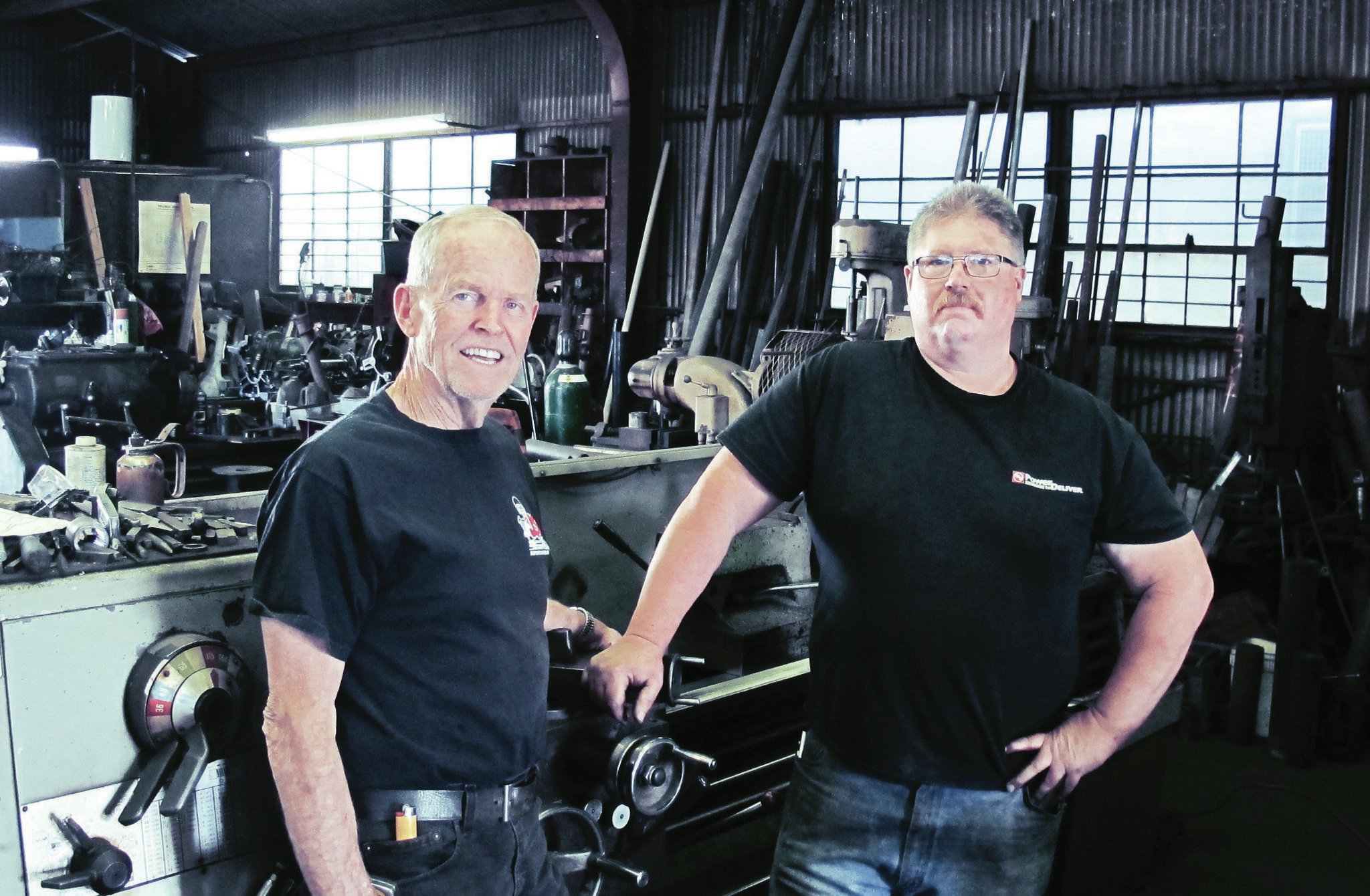 Since 1975, lowriders, four-wheelers, and hot rodders have been getting their “rears” down to Cooks Machine Works in Los Angeles. Owners Jim McCaslin and Paul Thompson have been dedicated to the craftsmanship they perform on differential repairs, axle reinforcement, axle shortening, rear disc brakes modifications, and driveshafts too. Last but not least, rearends play a major role in your vehicle’s driveline.

If you know how your engine works, then you understand how a car’s power is generated; and if you know how your transmission works then you understand where the power goes next. The rearend or rear axles is where the power, in most cars, makes its last stop before spinning the wheels. The differential also has three jobs: One is to aim the engine’s power at the wheels, two is to act as the final gear reduction in the vehicle, slowing the rotational speed of the transmission one final time before it hits the wheels, and three is to transmit the power to the wheels while allowing them to rotate at different speeds (this is the one that earned the differential its name.)

Our buddies over at Cooks Machine Works mostly straighten and repair rearends that have bent axles caused by heat warping. They also have been servicing the lowrider industry for decades as they specialize in axle sleeve reinforcement, shortening of axles, and the telescope type lengthening of driveshafts. Their main business covers all ’59 through ’64 Impala rearends that perform under hydraulic pressure suspensions. We will start from the “rear end” of their facility so to speak, as we tour a building that hasn’t changed much in 40 years and neither has the good old fashioned craftsmanship.

The machinery here like this axle straightener is also used to shorten axles.

This 1890s driveline machine once had no electric motor and ran on a line shaft.

Driveline axles, spleens, shafts, and years of parts that have accumulated over the years, but will be put to some type of use eventually.

Machines of the trade that just never get old like the automobile’s rearend usage.

Typical Impala rearend housing ready to be built for an easy customer exchange.

This Impala rearend is placed and mounted on the machine’s rack so it could be cut for shortening.

Mr. McCaslin lines up his machine to cut and shorten the rearend axels 1 1/4 inches on each side.

A nice clean cut is performed right here by the master himself.

A pipe sleeve is attached for reinforcement purposes.

On this end of the axle’s opening you can see the sleeve in place.

Paul and Jim both drill through the axle a few times so that the outer housing and inside sleeve can be welded together.

The end of the axle that was cut off also has a groove cut into it so that it will slide in place on the new and shortened axle housing.

Paul places the shortened and reinforced rearend in place on the machine’s track/guide for exact placement before it is welded back together.

Jim handles the welding portion of this section of the job.

After this rearend was completed, 1 1/4 inches as shown on the tape were removed and that’s all it takes to put the skirts on without any rubbing the deep-set rims and tires.

Disc brake setups can also be installed on rearends here at Cooks. All you need is a heavy car like an Impala that needs to stop 20 feet shorter in distance than those old drum style brakes will do. They have a nice bolt-on kit that will work for you just like the one shown here.

They have a nice bolt-on kit that will work for you just like the one shown here.

Gear ratio’s can be assembled for your style and performance needs also. A #336 gear is perfect for smaller type lowrider tires/wheels, while a #350 or #380 gear can handle larger wheels as the right option and application.

Give them a holler and they will be there for you as they have been there for years. They also speak lowrider.

Stream Episode 1 of ‘NASCAR ALL IN: Battle For Daytona’ Now On The MotorTrend App!

Truespoke shared with us the six most common ways that a tire shop can ruin your wire wheels and what you can do to prevent them.