Newsletter
Sign Up today for our FREE Newsletter and get the latest articles and news delivered right to your inbox.
Home » Tanks Inc. Has Fuel Injection Tanks for Your GM Lowrider 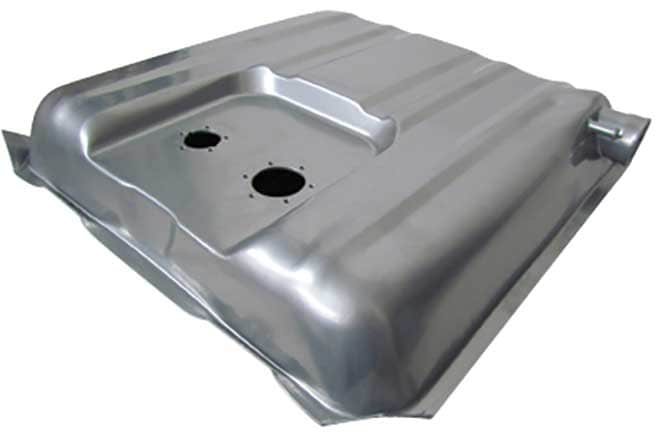 When restoring a car that’s more than 50 years old, you can rest assured the fuel system will need to either be cleaned out, repaired or replaced. In the process, you’ll most likely find that your fuel tank will need some major service, and while some will try to save money by getting older tanks cleaned out, we’re more in favor of replacing the gas tank with something up-to-date, modern and fresh. Why? Well, your fuel tank is where your fuel system starts, and it’s what holds the “juice” for your fire-breathing motor, so why not have one that’s contaminant free?

Now, when it comes time to do the deed, we always head over to Tanks, Inc., and we do so because for more than 30 years, they have been the leading source for polyethylene, stainless steel, mild steel and alloy-coated steel gas tanks for street rods, muscle cars, lowriders, and classic trucks. They can also help you make the jump to EFI since they carry fuel senders, fuel pumps, plumbing, fuel doors, straps, and tank accessories to complete any project. In short, they carry everything except for the gas, so they’ve got you covered. Among their hundreds of applications some of our favorite platforms they have tanks for include:

Tanks, Inc. carries a wide variety of fuel injection ready tanks with built-in trays and appropriate fittings. These are original-fit tanks and require no modifications to mount. From stock replacements to custom applications, Tanks has been a leader in the street rod industry, receiving various awards for safety and innovation. In addition, they were first to market with street rod gas tanks; radiused edges, die-stamped openings, flush-mounted fittings, indented panels, and slotted mounting flanges, just to name a few.

Tanks Inc. has long been leaders in the street rod market and take their business very seriously. They were the first on the block with a true reproduction Deuce tank—a tank many companies have tried to create but failed—and their exclusive “Baffle-Tunnel” made polyethylene gas tanks became a viable choice for the rod guys. To top it off, the company holds three patents in the automotive field, two of them for gas tanks.

No other company has the expertise of Tanks, Inc., so give them a call because their tanks are second to none, and their quality is something that should be admired because they are fueled to being perfect.