Newsletter
Sign Up today for our FREE Newsletter and get the latest articles and news delivered right to your inbox.
Home » Currie Enterprises Facility Tour Part 1 – Dare to be Differential 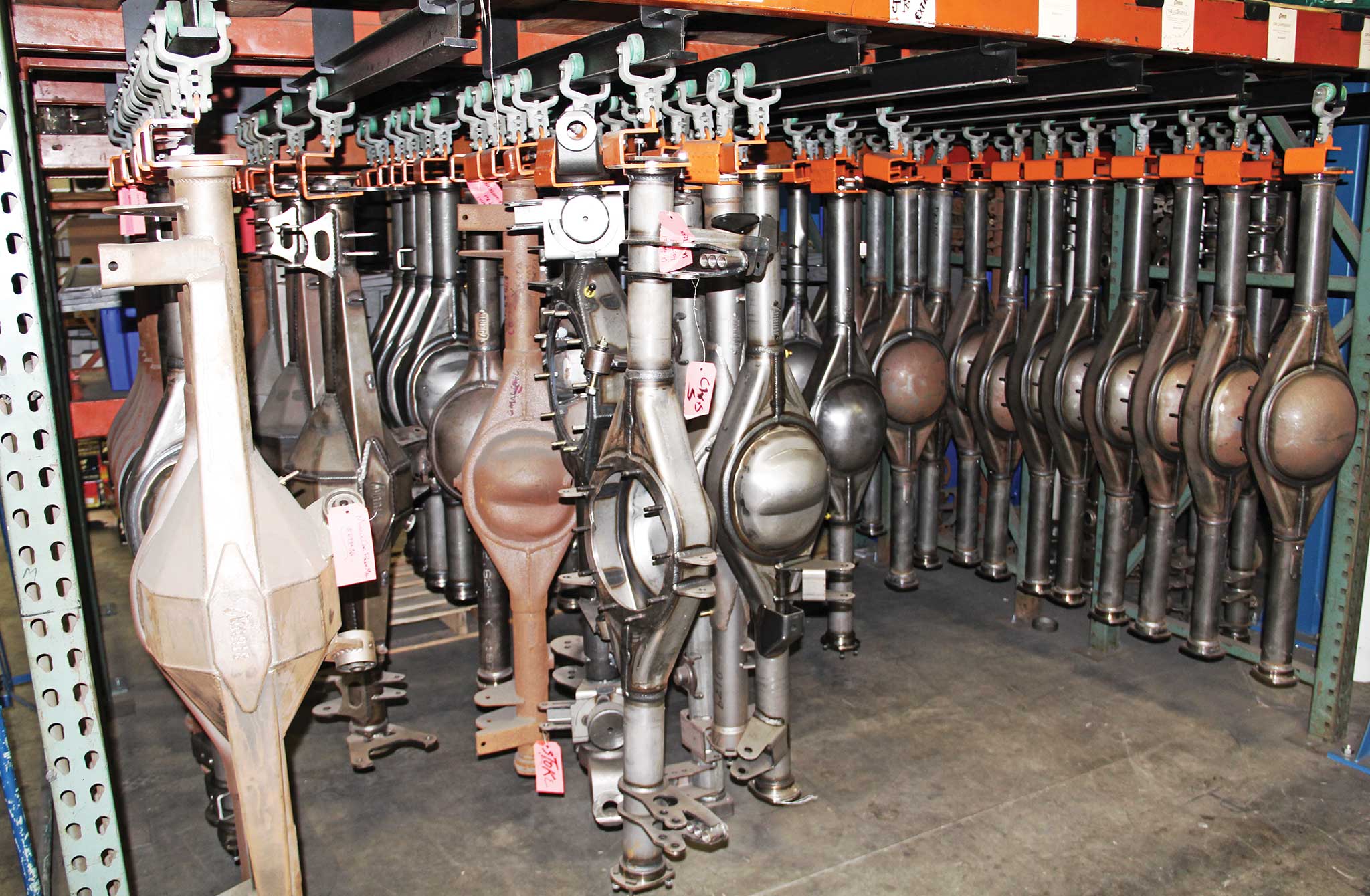 The mastermind behind the enterprise is Frank Currie who began designing and building differentials for material-handling equipment way back in 1959. He worked out of his garage back then, fabricating and assembling rearends for personnel carriers, electric carts, tugs, scissor lifts, and other specialty type vehicles. By 1964 the Currie manufacturing facility moved to a big building in Placentia, California, and a few years later Frank’s three sons Charlie, John, and Raymond entered the family business fulltime.

They then decided to turn their off-road hobby into a family business and began developing superior aftermarket rearends specifically for Jeeps. In the late part of the 1970s, the Curries began building performance rearends for V-8 conversion Chevy Vegas, Chevy Luv trucks, Ford Couriers, and Toyota mini-trucks. Currie Enterprises hooked up with chassis shops in the early ’80s and designed and produced 9-inch rearends (based on the Ford 9-inch) for kit cars and street rods. The popularity of the Currie rearend grew and the enterprise expanded to a larger facility.

In 1984, the Currie product line expanded, and they moved to a much larger plant, which included state-of-the-art cleaning and teardown capabilities for rearends. The Dana 60 and Chevy 12-bolt were incorporated into the Currie product line in ’86. Other products such as gear cases, alloy axles, and disc brakes were also added in addition to expanded in-house capabilities. At this point, Currie offered a full line of driveline performance products, including suspension and off-road Jeep items. Since then Currie has been actively involved in professional rock-crawling competitions, desert racing, the Hot Rod Power Tour, Super Chevy events, and other off-road and racing events nationwide.

Today, Currie Enterprises occupies a 40,000-square foot complex in Corona, California. The company continues to grow in size and in the production line. They now have nearly 50 employees and boast a state-of-the-art manufacturing facility. The Curries design, build, modify, test, sell, and install rearend and drivetrain products all under one roof. From the humble beginnings and the dream of Frank and Evelyn, Currie has become the most recognized name in specialty rearends and components. Currie Enterprises is preparing for the future by redesigning and manufacturing the components needed to continue offering complete rearends that exceed the original cores in strength, quality, durability, and versatility, like the application they offer for the 1964 Impala that will be featured as a tech install right here.

This 9-inch aluminum rearend is built to complement your upgraded performance engine, heavy-duty transmission, and take on the wear and tear of hydraulic suspensions. It comes with a four-link bracket and bolt-on setup. The axles are also modified and cut down an inch on each side for the proper fit and wheel tuck to allow skirts as well. Currie Enterprises stands behind each and every rearend that leaves their facility, but when this rearend leaves, it will be headed to an engraving shop, a chrome plater, and a pinstriper for some lowrider style before it becomes bolted onto that special 1964 Impala in our part 2 of this install.

No matter what application is needed for your classic or custom project, bring your problem down to Currie Enterprises and they will create the perfect solution for your needs. Give them a call at (714) 528-6957 or visit www.currieenterprises.com.

Columns of assembled Currie rearends are lined up in place ready for a multitude of vehicle applications.

As shown here, the Currie rearend exceeds the original cores in strength, quality, durability, and versatility.

Our ’64 Impala axle tubes were modified and cut down an inch on each side for the proper fit of a deep set wire wheels and accessory skirts.

After the axle tubes were cut to size, the ends that slide into the rearend’s housing are tapered at the ends for an easier fit.

Tapered end results on the axle tube are shown here.

Hugo will measure twice before the final cut is complete to ensure the right tapered dimension.

The final tapered cut on the axles end as shown here.

The rearend’s housing is measured to be sure that the tapered-cut right and left side axles will fit properly before they are welded together as one piece.

The finished axle tubes are ready to be sent out for some polishing.

Here is a comparison look of an OEM rear versus the unassembled Currie rearend that will become upgraded with a four-link, engraved, chromed, striped, and then installed in part 2 tech article.