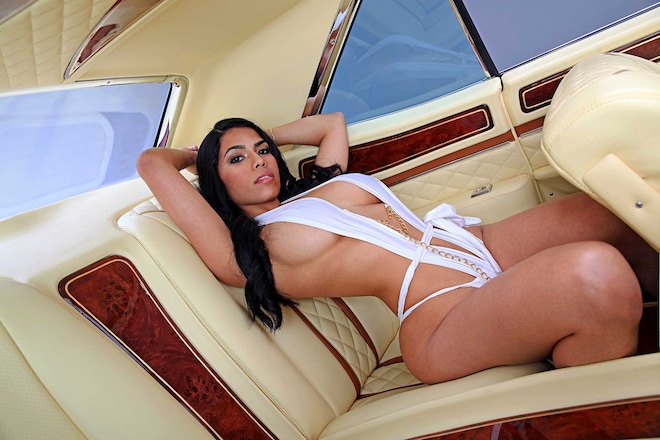 When we first met Miami native Liz Ruiz, she was only 20-years old and a recent transplant to Los Angeles. Now some may question why she’d leave her hometown of Miami, but this woman had plans of chasing her dreams and one day becoming an actress.

With no connections and little money, it was of no comparison when it came to her ambition and drive. She powered through the obstacles and with an abundance of heart, and learning from her many failures, she is now living her dreams and getting paid for exactly what she hoped for. From being published in magazines, to being featured in commercials and comedy skits, her perseverance has paid off and we’re glad she made the move not only to Los Angeles, but also on her dreams.

How have things change from when we first met?

What made you move to LA?

I knew that what I had in Miami wasn’t everything I wanted. I needed more and felt that I had to take risks in order to get it. It was a tough decision because I had no family or friends in LA but I knew in my head that it was the thing to do.

What were the highs and lows in pursuing your dream?

It was very difficult to get my life together without loosing my soul. The low point was meeting people that just viewed me as apiece of meat or becoming my friends to just try and get over on me or have sex with me. My highs were seeing the progress that I’ve made. I’ve been published in magazines, and have also been featured in videos, and commercials.

Would you have done anything differently?

Absolutely not. If I had to do it all over again I would have taken the same route because I learned from all of my mistakes, and believe me I made a lot of them. I wanted to do this so bad that sometimes I would do things that were out of character or lose my emotions. To be honest, people got over on me because they would sell me a dream but now I’m more headstrong and I wont let that happen again.

What advice would you give a young girl that wants to leave everything behind to chase a dream like you did?

I’d tell her to go for it but first you have to be mentally and financially prepared. Don’t just throw yourself to the wolves like I did. You need financial security in the event things don’t go the way you planned. You don’t need a million dollars, but you definitely need something to fall back on. Long story short you have to keep focused and stay mentally strong knowing that the challenges you face are temporary.