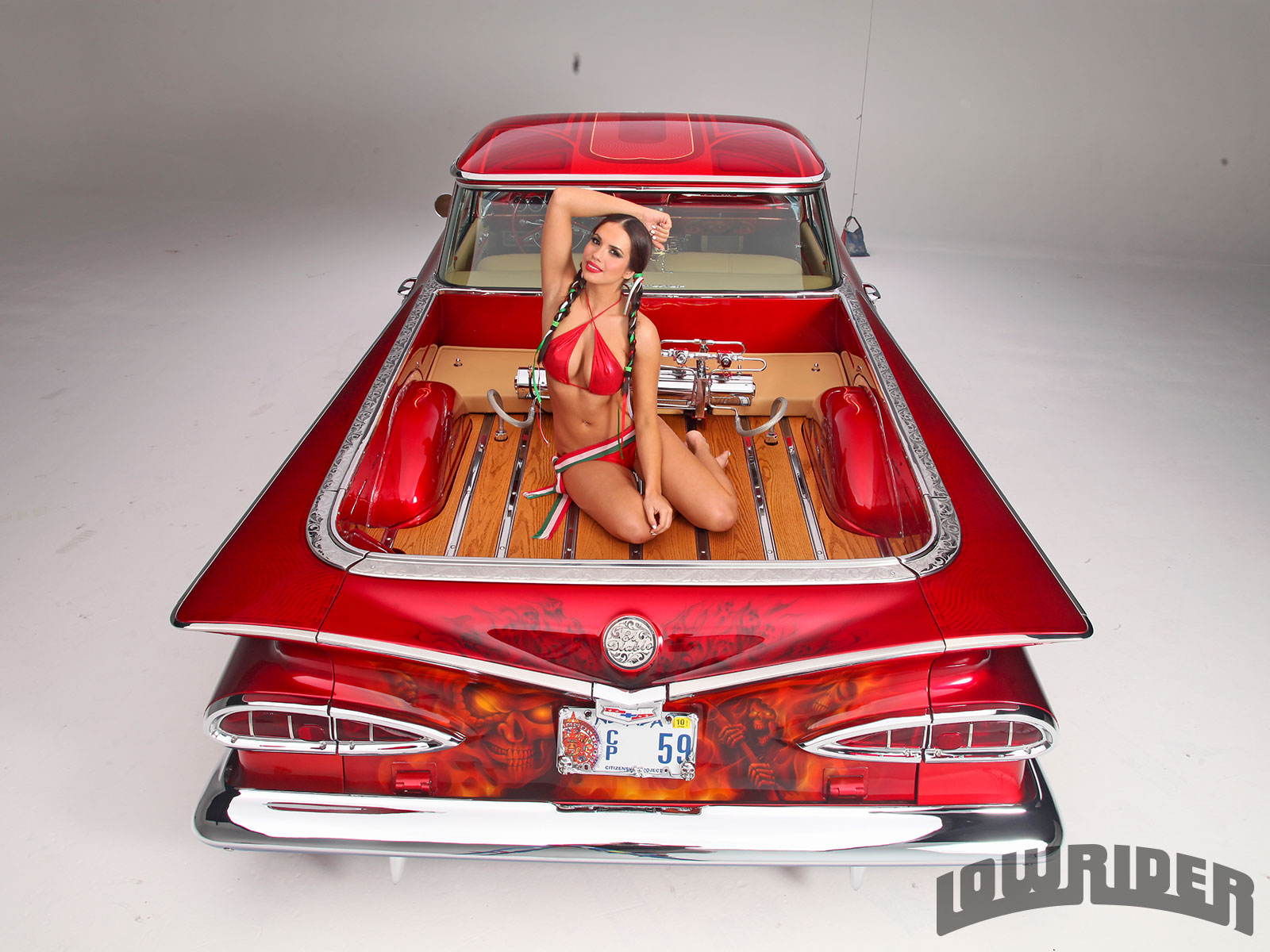 They get the cover for a reason – because they’re smokin’ hot. As the first full week of the New Year goes in the books we thought it time to reflect on the 12 models that complemented our cover imagery each month. Check out our dozen lovelies from the 2013 volume of Lowrider magazine.

Featured with Louie Carrillo’s 1969 Chevrolet Impala, athletic and personable Raquel has also appeared in Heavy Hitters and other past issues of Lowrider, on television, and as a dancer and ring girl, in addition to convention and car show gigs.

Tanya is a professional dancer, model and hostess, selected to pose with Xavier “Harvey” Reyes’ 1964 Chevrolet Impala SS for our February cover.

In addition to modeling, like she did for our May cover with Ruben Arreguin’s 1959 Chevrolet El Camino, Colombian/Peruvian/Dutch/Italian Franchesca is also an accomplished hostess, go-go dancer, bartender, actress, poker dealer and website developer.

Xena – captured in June with Jack Jeiranyan’s 1980 Cadillac LeCabriolet – began as an import model and has since expanded her portfolio, but will always be a geek at heart.

Working here with Terrance Keeby’s 1961 Chevrolet Impala Convertible, Allison is an aspiring model and actress who’s worked with the likes of Playboy, Hooters and Kandy Shop Bikinis, as well as rappers 2 Chainz, Wiz Khalifa and Tyga.

Outgoing and down to earth, Lauren has appeared in catalogs, calendars and other publications, in addition to modeling with George Victoria’s 1965 Chevrolet Impala Convertible for our September edition.

Stunning Meagan teamed up with Hydraulic Setup of the Year winner Lisle Helms’ 1961 Chevrolet Impala for our November cover.

Passionate about modeling and singing, Elvida appeared with Andre “Dre Ghost” McGee’s 1958 Chevrolet Impala Convertible and is always up for new challenges.