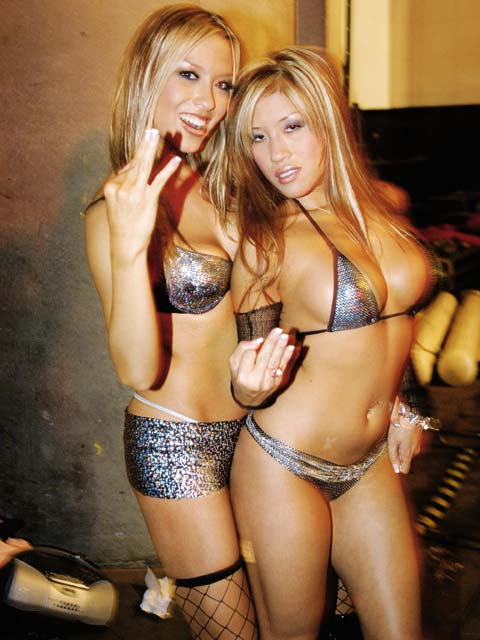 Try this on: one of the most anticipated show tours of the year kicked off one warm night recently in Los Angeles, California, home of scandalously low rides and ridiculously hot women. For the first HIN show in the series, there was a kickoff party on Thursday night before the show, which doubled as the premiere for the movie R Generation, a documentary-style flick that chronicles the madness that is the import car show scene. Interviews with various car owners and industry heavyweights like Rodney Wills, Ken Mioshi and others gave their take on what it’s like to build and be a part of the scene that we all love.

Major weight like Pepsi, APC, Meguiar’s, Toyo Tires and Circuit City were on hand to hand out one thing or another. With the best of the best in the house, the L.A. Convention Center was packed with party animals and competitors. And what kind of party would it be without the seductive ladies, especially female DJ Lady Tribe, Miss Lisa and former Playmates rocking the house and making some hearts skip a beat while they strolled through the show? Speaking of hearts stopping, we can’t forget all of the hot models strutting their stuff at the show, including Sasha Singleton, Cherie Roberts, Akiko and, of course, Miss HIN herself, Nathalie K. If you’re one of the many followers, then you know where Hot Import Nights is making its next stop and for sure it will be the hottest night in town.