Newsletter
Sign Up today for our FREE Newsletter and get the latest articles and news delivered right to your inbox.
Home » Wire Wheels: A Symbol of Style & Power 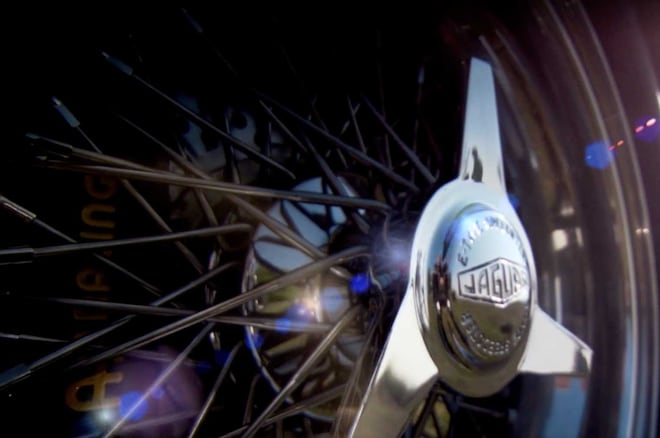 Long before 13’s and 14’s were hammered onto our beloved lowriders, wire wheels were once the gold standard for many luxury performance cars. In fact, wire wheels were standard equipment on Alfa Romeo, Ferrari and Maserati from 1950 through 1961, and Enzo Ferrari even used Borrani wire wheels on all his race teams—ultimately winning them eight Formula 1 World Champsionships and 7,482 races worldwide. But all throughout history, wire wheels graced some of the most elegant vehicles. In the 20’s wire wheels were on the Alfa Romeo 6C Spyder, in 1937 the Rolls Royce Phantom III had wire wheels that were “streamlined” by nave plates, and I could go on. So yeah, there’s a bit history from a guy that respects all makes and models.

As a die-hard lowrider, I appreciate all types of cars because they all have a story to tell, but just like anyone other car lover, I have a bucket list of cars—and yes, some of them are not lowriders—and on that list is the old Jaguar E-Type built from the 60’s and 70’s. From the flowing lines, to the low windshield, the overall design of that car is smooth and powerful but part of what gets me is the way the wire wheels flow so gracefully with the lines. I was reminded of my love affair with that car after watching an episode of Top Gear where Jeremy Clarkson put on a Jaguar E-Type Birthday party and the cars on that show were bad ass.

Until I saw this: The Eagle Spyder

From there it got me on this trip about the history of wire wheels, and made me wonder why no modern day, major luxury car maker has tried to incorporate wire wheels into any of their offerings—and don’t tell me it’s because it wouldn’t look good either because that same episode of Top Gear showcased the “Eagle Speedster”—which Jeremy Clarkson says is, the most beautiful shape of a car ever produced—and I’d have to agree, but what really gets me is the wire wheels. It adds so much strength to the lines of Eagle Speedster and c’mon it’s straight up tough but refined.

So why do you think wire wheels were abandoned in the luxury market? And do you think it stands a chance of making a comeback? Or will lowriders be the last of a dying breed to celebrate wire wheels? If you have free time, shoot me an email but in the meantime, I encourage you all to check out a few episodes because it’s got some cool things that’ll make you think, and other that’ll make you laugh like the episode where they put another Jaguar on a set of train wheels. You can click here to scope out the seasons and be sure to reach out to me, I am curious to know what you think.