Newsletter
Sign Up today for our FREE Newsletter and get the latest articles and news delivered right to your inbox.
Home » Top Gear For Lowrider Inspiration? 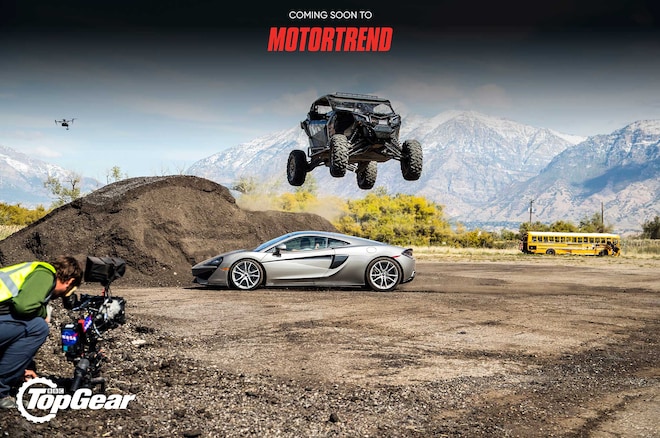 If you click here it could inspire you to take a modern approach to lowriding. But before you click, read up!

You see, back in the days, lowriding was a culture for those in the know. You either had to know someone who had a lowrider or live in one of the few neighborhoods that represented the movement and to be honest, the first major source of information for lowriding was back when Lowrider Magazine came out, that was back in 1977 but now the times have changed.

In decades past, we drew inspiration from other forms of car culture and that meant getting up and going out. From going to local cruises to attending local shows like the Grand National Roadster Show we treasured our time at these events to let our minds wander and put innovative twists on already unique builds because at the time it wasn’t possible to search a hashtag and programming was rather bland. Take paint for instance. Psychedelic paint jobs and the naming of cars with custom lettering was first seen on hot rods and Vans in the late 60’s. This is where many of us drew inspiration from. By the time lowriding rolled around, we began naming our cars, we set up our display cars like them and our paint jobs used many of the same colors and motifs—albeit with much more intricacy and fashion sense.

But those days are long gone. Today we have a wealth of inspiration available from various sources such as social media and programs like Top Gear. I am not watching these shows seeking information for my next car purchase. I watch the shows to see what technologies are being introduced, how they function, how they performed, and I soaked it all in simply because I wanted to see what I could incorporate into my build. I’ll be honest, watching the show made me implement the use of modern seats, and it’s what inspired the color combo of my interior as well as the patterns. So, trust me, there’s plenty to draw from and honestly, the show is entertaining as all hell.

To add to that, I have to admit that Top Gear is what made me go with an LSA. At first, I was good with any newer LS powerplant but after seeing what it was capable of – even though I’d never use it for those applications – it made me want the best just to change things up. So, without writing a novel, watching Top Gear inspired me to take a modern approach to our age-old traditions and I think I succeeded. With that being said, I’m encouraging all of you to gather new ideas, and formulate new ways to reinvent lowriding because our scene is only as good as our latest creations and I’m interested to see what comes next.

Now, this isn’t some aimless pitch to get you to watch it, this is a call out to help change our game. Take this for instance, right now halo lights are all the rage, but it was roughly about 10 years ago when someone first brought up the idea about incorporating them into lowriders. At the time it was frowned upon (and not taken seriously) but now it’s trending hard, and let’s not talk LS motors or forced induction because many have already done it, but at first it wasn’t looked upon as a serious upgrade.

So be sure to tap into Top Gear and check out a few episodes because you may be surprised, automotive technology is continuing to grow and so should our lowrider builds! I’m also anxious to see the next big thing that will be incorporated into our culture. The latest season launches this week so click here to watch it and be sure to email us with the ideas you think would best be incorporated into your next build. Stake your claim and we might even publish your idea to serve as a timestamp that you were the first to call it out!