Newsletter
Sign Up today for our FREE Newsletter and get the latest articles and news delivered right to your inbox.
Home » ShopStop Visit to Working Class Cultura 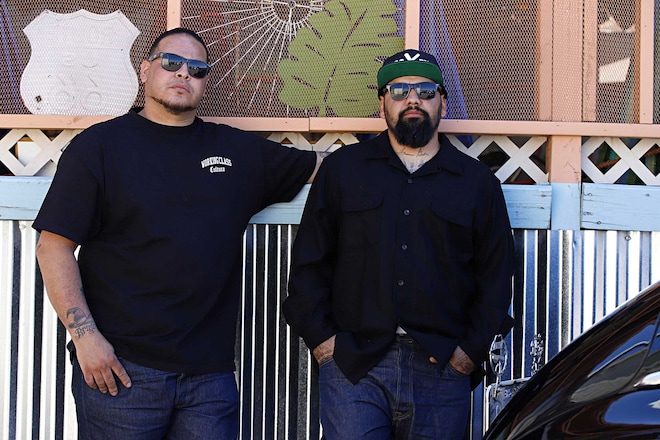 When you stop to consider what best describes a community, many words come to mind. Nowadays, a group of people can be brought together by similar interests, common morals, and ideals. Many things bind a community. And collectively, all those things become a “culture” or way of life that encompasses and dictates how things are set in motion.

This is exactly the inspiration for a powerhouse Arizona-based clothing brand, whose humble and unstable beginnings left it on the “shelf” for a number of years. Only at the insistence of a family member did Ray Cruz decide to pursue his business venture once again. Originally known as Working Class, Ray knew that bringing back the brand would require something so much more meaningful to truly connect to the demographic he was trying to reach. He wanted more than just a name. He wanted a project that would inspire pride within those of us who toil, labor, and hustle within the “working class.” By simply adding one word to his brand name, Working Class Cultura took flight.

It all started with a hat … one that Frank Padilla, Ray’s insistent family member, had made to wear to a California Car Show. He had one hat embroidered with the words “Working Class Cultura” on it, and the requests began to pour in. This was the rebirth that the brand needed. Going in as partners, Ray and Frank started production on brimmed hats and eventually teamed up with two brothers from the clothing brand NowOrNvr to create their first T-shirt. Their inaugural and emblematic “Build Your Dreams” design became the most coveted tee within the lowrider scene.

Between vending at large car shows, like Ventura Nationals, and community events, such as the infamous Lowtography Show in Phoenix, Working Class Cultura continues to sell out rapidly and remains in high demand. Adding to the brand’s appeal were the brilliant collaborations they began to do with up-and-coming artists within their community. “We wanted to use Working Class Cultura’s visibility to help promote the talent of these budding artists,” Ray says. Artists like Amber Tilden, Donny Conrad, and many other tee designers created unique and relevant T-shirts that became iconic in the car scene. Since then, the brand has now grown to be sold out of Southern California retail shops like Gunthers and the Lower Left, as well as lowrider culture shops, California Social Club and Custom Style in Japan.

When Ray Cruz first imagined his brand, his main priority was to bring a sense of pride to the working class. With Working Class Cultura, Ray and Frank created a clothing brand that glorifies the hard work, hustle, and motivation for a community of builders, makers, and finders … and the lowrider scene finally has a brand representative of their constant sacrifices.