Newsletter
Sign Up today for our FREE Newsletter and get the latest articles and news delivered right to your inbox.
Home » ShopStop: Pioneer Facility in Japan 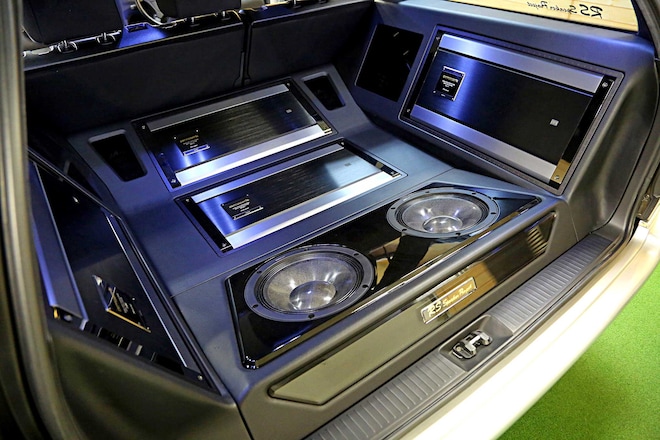 Music is an essential part of life and a universal form of communication. In fact, a world void of music would be dreary, and I just couldn’t imagine cruising without oldies on. In reality, music serves as the soundtrack of our lives and as these melodies become bound to memories, it’s not something you take notice of until time passes. Think about it, the memories and moments attached to Stevie B’s “Party Your Body” will take most back to their adolescence, while a track from The Stylistics would probably remind you of your uncles—then again that’s all dependent upon your age.

But what would music be without quality sound reproduction? A finely tuned system consists of mids, highs, and bass notes, and collectively they create a harmonic experience that can take you out of this world. Don’t believe me, try listening to Charles Bradley’s soulful cover of Black Sabbath’s “Changes” on a well-tuned system and you’ll be sold.

On that note, when we received an invitation to tour Pioneer’s research facility in Tendo, Japan, we were more than eager. The invitation was to see firsthand how Pioneer hand makes their premium speakers, so after a 12-hour flight, followed by a bus ride, we were greeted by Pioneer staff and directed to their conference room where they briefed us on the history of Pioneer and its humble beginnings.

Founded in 1937 by Nozomu Matsumoto, Pioneer started off in his radio shop. Matsumoto wanted to develop his own speaker line, so he built them by hand using higher quality materials that would set him apart from the rest. Their company history was informative and impressive and the one thing that resonated with me was the fact that Pioneer has and still remains true to the art of sound.

With the information still fresh in my head, they led us to the manufacturing floor to see the assembly of the speakers. To my surprise, I witnessed them hand building each of the high-end speakers. You’ve heard the term “handmade” used in marketing campaigns and on slogans, but to see it actually done is quite the sight. From there, they brought us into a secret testing room where speakers are exposed to a variety of elements. From extreme heat to chilling cold temps and random humidity, the speakers are put through a battery of tests to ensure their performance.

We also got a tour of their soundproof rooms, and one in particular stood out. The one room I mentioned was made entirely of smooth concrete and inside was nothing more than a microphone in the middle of the room and a speaker in the corner. Other rooms were fitted with variety of soundproofing foam blocks while others were fitted top to bottom with wood. All of the rooms served for different testing purposes.

In all, the experience was phenomenal; we were extremely honored to have been given a chance to listen to Pioneer’s latest release, a line of speakers called the D-series and Z-Series. At the time of the visit, we were unable to photograph them but we did get a chance to listen to them and the sound reproduction of these speakers was nothing short of incredible. The speakers gave you a sense of connection. The sharp highs coupled with the precise mids and accompanying lows made it feel as if you were sitting there live. It’s been said that seeing is believing, but to hear these speakers is to know that they deserve to sit in a league of their own.

That said, we can’t wait for the release of their Z-Series line. For the more budget conscious, they are releasing the more affordable D-Series speakers, so stay tuned for more information and give them a listen.