Newsletter
Sign Up today for our FREE Newsletter and get the latest articles and news delivered right to your inbox.
Home » Roll Models Ep 31: Louie Mejia – The Performance of His Life 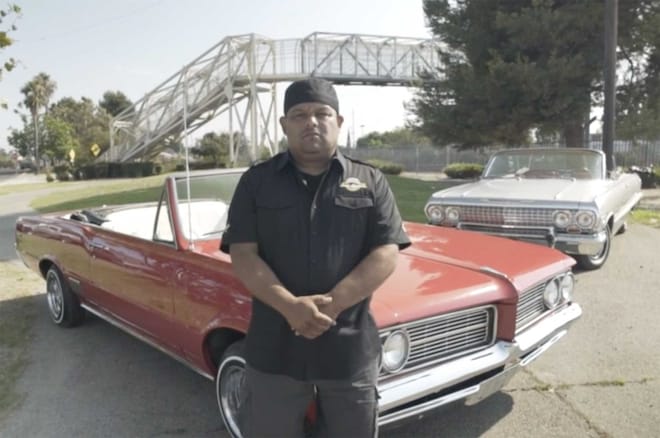 “Desperate times call for desperate measures” is an old adage many understand but few have actually experienced. This is a world clouded by quiet desperation and one best described as having the inability to see beyond tomorrow.

It’s a world in which we live day-by-day scrambling to survive and when you’re raised in a single-parent household with a drug-addicted mother, one brother, and three sisters, the intensity magnifies. It leaves little time for playing with friends and ultimately it’s what turns young boys into men almost overnight.

This is the story of Louie Mejia.

Whereas most 11-year-olds are playing with friends, Louie was desperate to put food on the table. Day after day, tortillas and mayonnaise would be their only source of nutrition, but Louie wanted more for the family so he resorted to hustling on the street corners. This isn’t what he wanted, it’s what he needed to do, and ultimately his foray into street life was just the beginning of a dark, downward spiral.

Years later he found himself a gang member with no hope for tomorrow. He led a harrowing life of violence and crime until one day he yearned for more. He wanted a better life, he prayed for a sign, yet little did he know that his dark past would present him with an opportunity that would have him going toe-to-toe for the fight of his life.

In all, his story is about persistence, ambition, and the willingness to fight. So tune into our latest Roll Models episode as he talks about his trials and tribulations and how opportunities are to be created and not waited upon.

But don’t take our word for it take his. Now an Oscar- and Emmy-nominated director/cameraman, he’s directing the way his life is to be lived. Whereas many men will lead lives of quiet desperation and go to the grave singing the same tune, this won’t be the case for Mr. Mejia because he’s singing out loud and living the life he always dreamed of.
So tune in before it’s time to tune out.