Newsletter
Sign Up today for our FREE Newsletter and get the latest articles and news delivered right to your inbox.
Home » Roll Models Ep. 16: Jorge Hernandez – Sound Judgement 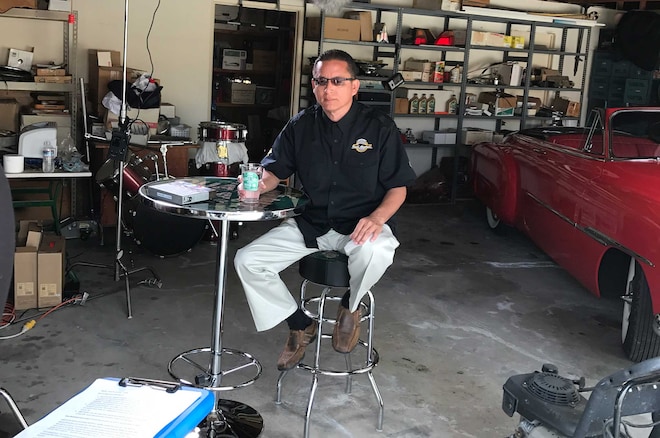 A lowrider, much like any person, is made up of layers that in total define us. But take the time to peel back those layers and what you will find is soul, substance, and stories that we can relate to. That said, our next featured Roll Models Series guest, presented by Quaker State and Shell Lubricants, is no different. In fact he is the quintessential example of the American Dream and a man who grew up in hard times.

A former teacher of Chicano studies, and a father of four, Jorge Hernandez has been a Superior Court Judge for the county of Riverside, California—but life wasn’t always so official. Growing up poor, Jorge turned his adversity into opportunity, but it required the resilience, dedication, and hunger for achievement that was nurtured by his desire to succeed. After earning a bachelor’s degree from University of California, Riverside, he went on to earn a Juris Doctor (J.D.) from University of California, Hastings College of the Law, and after working as a public defender, he became a sole practitioner before being appointed by former Governor Arnold Schwarzenegger in 2008 as a Superior Court Judge.

But wait? Did we forget to mention that he’s a lowrider enthusiast?

Not one to forget his past, this judge not only loves lowriding but is an active enthusiast of the scene. Aside from spending time with his highly educated children, Mr. Hernandez has a passion for life and lowriding that is unparalleled. With plenty to discuss when it comes to life, lowriding, and his passion for the law, this episode of Roll Models delivers the truth in a manner that could only be delivered by his honor.