Newsletter
Sign Up today for our FREE Newsletter and get the latest articles and news delivered right to your inbox.
Home » Quaker State x LRM ’68 Impala Pt. 5 – Paul’s Turn 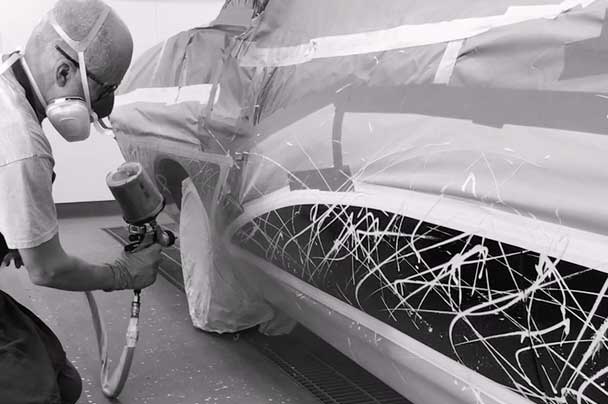 Some of you might not know who Jackson Pollock is, however there’s a good chance that you’ve probably seen some of his work at one point or another. Pollock is best known for his abstract expressionism works where he would pour and splash paint against a horizontal surface, a method which would go on to be known as the “drip technique.”

For his personal touch we see Paul using a similar technique, giving the Impala’s body panels a couple splashes of paint before laying down another layer from his spray gun. The result is a unique look for the Impala.

Check back soon for more progress updates on the Quaker State x LOWRIDER Magazine ’68 Impala and don’t forget to subscribe to LOWRIDER’s Facebook and Instagram pages and follow the hashtag #LOWRIDERQS68 for more on the build.