Newsletter
Sign Up today for our FREE Newsletter and get the latest articles and news delivered right to your inbox.
Home » LR Roll Models Ep. 38: Eugene “Spanks” Hernandez – Limitless 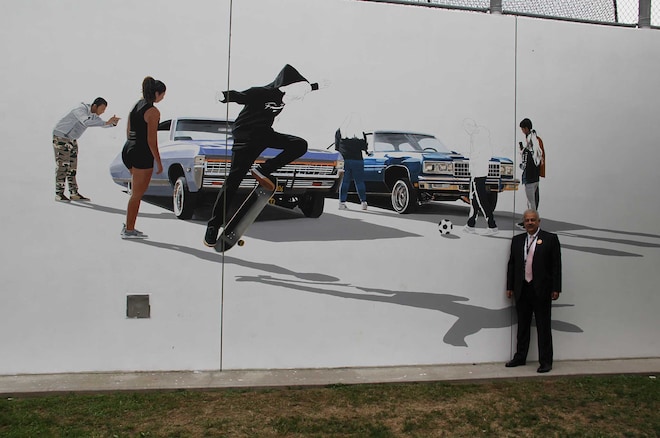 It doesn’t take but a few sentences to realize that Eugene “Spanks” Hernandez is an influencer. With an infectious smile and positive energy, Eugene’s ability to capture one’s attention comes easy. When he speaks, he’s easy to listen to and his humble gratitude and genuine approach to life is powerful and part of the reason for his success.

As a child growing up in a family with limited resources, Eugene took to the streets to help his mother with the bills. He shined shoes in downtown L.A., worked at a local market, and by junior high school he was the teacher’s assistant. But as luck would have it, his principal became his mentor. As he took on each challenge, his accomplishments began to accumulate. He went on to earn a master’s degree and soon found himself as a superintendent for the L.A. County School District. Ask Eugene which job was the most influential and he’ll tell you all of them. He treated each job as an opportunity to learn and in the end he’s proof you don’t have to be a by-product of your environment.

Eugene also happens to be the new president of the Imperials Car Club. As the owner of a superclean glasshouse, he’s got a story to share, but even more important is the message he wants to deliver.

Head over to our YouTube channel and check out the latest segment of our Quaker State Lowrider Roll Models Season 4 Series, because he offers up plenty of motivation that will help you realize that the only person in the way of reaching your full potential is you.