Newsletter
Sign Up today for our FREE Newsletter and get the latest articles and news delivered right to your inbox.
Home » LR Roll Models Ep. 36: Steven Davidson – The Fight of His Life 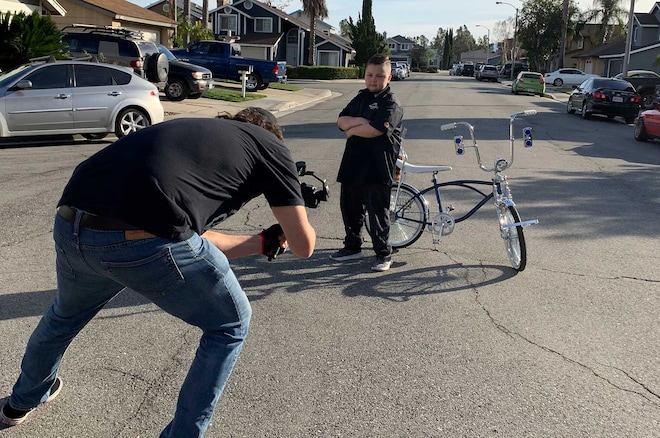 When he was just 10 years old, the parents of Steven Davidson suspected something was wrong. With random bruises appearing on his body they thought he may have been a victim of bullying, but after taking him to the doctor, all their lives changed when he was diagnosed with ALL (acute lymphoblastic leukemia).

This became the day Steven chose to fight.

Currently a year and a half into his treatment, Steven has gone through chemotherapy and spinal tap procedures. The intense treatments are tiresome and grueling, yet somehow he still manages to juggle a social life with friends, all the while being homeschooled and starting his own movement to spread awareness.

A brief time after the diagnosis Steven went through depression, but his clarity overpowered the mental agony and that’s when he decided to take control of his life. He started an Instagram page (@SteventheCancerCrusher) dedicated to spreading positivity, power, and awareness. The page chronicles his journey, gives us a glimpse into his fight, and is packed with photos of the friends and family who support him, highlighted by Steven’s heart-warming smile.

But his efforts go far beyond social media. He’s already organized two blood drives, as well as his first Bike Run from West Covina to Riverside-an event that attracted 500 bikers and lowriders and nearly shut down the local 10 freeway.

So tune into our Roll Models Series season finale and find out how Steven’s built an incredible following that is growing exponentially. You’ll also get a chance to view his lowrider bike. He’s driven to one day own his own 1963 Impala, but he’s only 11, so while waiting for his license, he’s determined to spread awareness with a fervor and dedication as unbreakable as his smile. Don’t miss out on this episode of Roll Models, sponsored by Quaker State and Shell Lubricants, because we all have something to learn from the young Steven Davidson.

We started off with an Impala with a laser-sharp body and called in the experts over at PPG who gave us full reign with their world-class products.