Newsletter
Sign Up today for our FREE Newsletter and get the latest articles and news delivered right to your inbox.
Home » Harvey Reyes – Always the Lowrider Roll Model 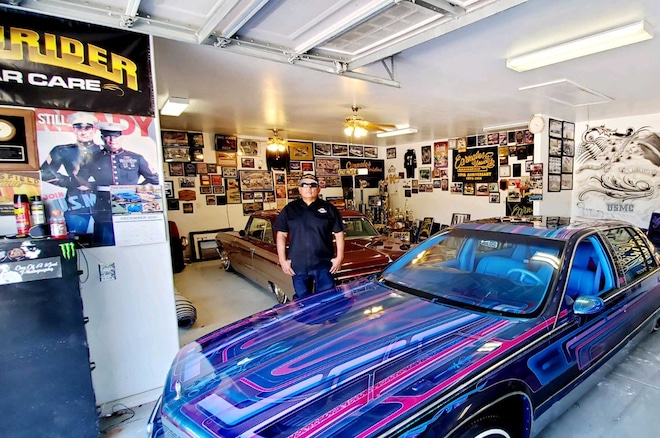 Quaker State & Lowrider are proud to present Harvey Reyes as our latest Lowrider “Roll Models” recipient. His special episode reflects just how genuine this man has always been to anyone and everyone he has come in contact with. Harvey has always been a leader since he joined the Marines just out of high school and to this day, he marches to the beat of his own drum.

Harvey has long served as a mentor to the Lowriding community as we have all come to know, but he has also been an inspiration to troubled youth in his role as High School Counselor. He wanted to show students they could achieve more in life than winding up in jail or joining a gang. Harvey would ask parole officers and youth detention centers to allow him some time to work with the kids and show them a different part of life—one that taught them to believe in themselves and that they could become somebody through an education and hard work.

Many of those students Harvey would go on to lend a hand to, changed their lives and have the deepest gratitude towards him, especially when they greet him today. We all know him as the leader and face of the well-known Carnales Unidos car club, but he defines leadership in many other ways as he has united all of the Lowrider car clubs in his region to give back to the communities they grew up in with charitable benefit and promotional events.

Harvey Reyes exemplifies what Brotherhood truly means and all his life he has united them. The name he has always worn on his back defines the heart and soul of this man. Check out Season 5, episode 3 of the Lowrider Roll Models series on lowrider.com.