Newsletter
Sign Up today for our FREE Newsletter and get the latest articles and news delivered right to your inbox.
Home » LOWRIDER Roll Models Goes One-On-One With Chris Roark 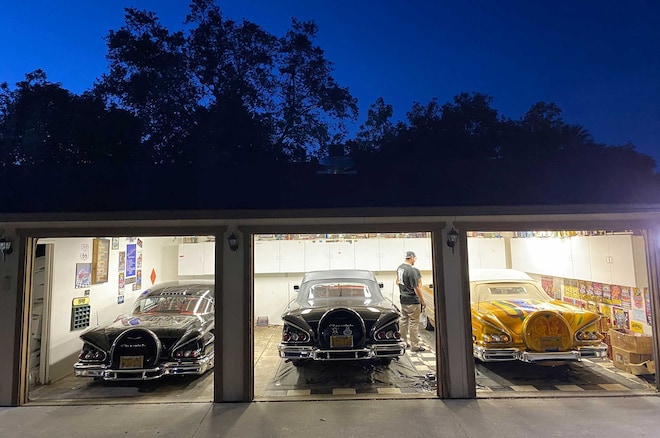 Season 5 of Lowrider Roll Models presented by Quaker State has begun as we introduce well-known car building enthusiast Chris Roark, representing in the first episode. His upbringing and competitive nature have engulfed Chris and his family in the world of Lowriders and car shows to a point at which they compete in various categories and classes, including the coveted “Lowrider of the Year Award” which Chris himself has won multiple times and with different vehicles.

Chris has come full circle in life as his sons and nephew are just as involved in the game and hobby as he is. Yes, they have also gone as far as joining and belonging to their dad and uncle’s car club known as the Tradicionals.

For Chris, growing up and bonding with his father made him appreciate the relationship that they had which didn’t last too long because he lost his father at a young age. Chris knows how precious family and time really are and he takes full advantage of every minute, bonding with his family, especially when it involves the sport of customizing classic Lowriders. Chris is also a Master Commercial Electrician, learning the trade from his father after high school and he has also become the master in this family affair as they are out to win it all, and family always comes first! Please catch this special, full-length episode of Lowrider Roll Models on YouTube & Lowrider.com.