Newsletter
Sign Up today for our FREE Newsletter and get the latest articles and news delivered right to your inbox.
Home » LOWRIDER Roll Models Ep. 41: Jose “Tony” Nuno – Lost Then Found 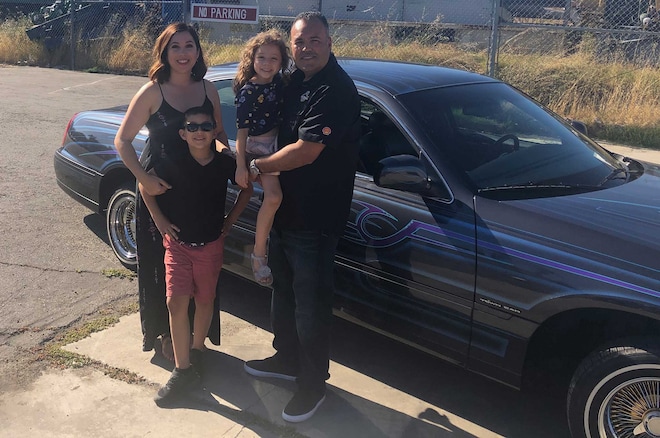 Like many in their adolescence, Jose “Tony” Nuno wandered aimlessly without direction. His teen years would be filled with angst and misguided energy, and this self-defeating condition would last nearly a decade before he turned it all around. Once he realized the downward spiral had to stop, he changed his social settings, and through the encouragement of a school counselor and his optometrist, they were not only able to change his direction, but also his perception on his own self-worth. Soon thereafter, he found himself enlisted in the army reserve, went on to junior college to earn his AA degree, and then joined the police academy before heading to Cal State Stanislaus where he would graduate with a bachelor’s degree in psychology and continued his education to earn a master’s degree in public administration—definitely not a bad way to make up for lost time.

Now Mr. Nuno is not only a council member of Manteca, but also the vice president of Programs and Services for Visionary Homebuilder’s of California (VHB). When he’s not overseeing the company’s 150 million dollar real estate portfolio (which includes more than 3,500 affordable homes in five counties), you can find him behind the wheel of his custom 2001 Lincoln Town Car that he’s fitted with old-school flavor and modern-day tech. An avid lowrider since back in ’91, Tony’s impressive business resume is perhaps as notable as his history in building cars. From luxury cars to euros, Tony is no stranger to flipping the script, so scope him out in the latest edition of “Roll Models” to see how he does it. From his touchscreen-activated suspension system to his heavy community involvement, Tony’s got a lot to discuss, and you can even find out what car he’s owned in the past that has already been featured in Lowrider. So, tune in to another awe-inspiring segment that will show you how your life is molded not only by the actions you take, but by the words you speak and believe in, and Mr. Nuno is proof of that!