Newsletter
Sign Up today for our FREE Newsletter and get the latest articles and news delivered right to your inbox.
Home » LOWRIDER Roll Models Ep. 34: The Devil Dog – Mario Barajas 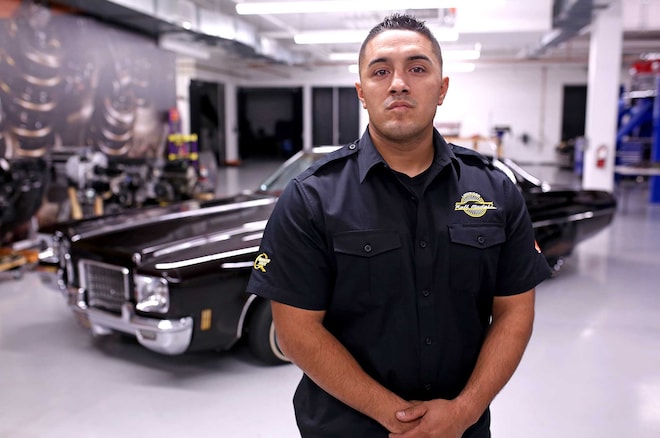 When one completes two tours of duty—one taking part in an operation to bring stability to a town in Afghanistan during heavy resistance and another serving as the driver of an amphibious assault vehicle in Japan—it’s hard to believe that the same man was once bullied. However, that’s the reality behind Mario Barajas.

Born and raised in Fresno, California, Mario is one of seven. His life is one that is created by design. He treats each chapter of his life as a mission to be completed, which is exactly what he’s done and continues to do with intense focus. Now that he’s back, he’s created a new mission to complete the police academy and is looking forward to becoming an LAPD officer.

Mario is also the proud owner of a 1971 Oldsmobile Delta 88. It’s fit with all the bells and whistles. His sentiment toward the Marines is clearly evident as the car was even given the moniker “Devil Dog,” a motivational nickname for the Marines.

Join us in this next episode of Lowrider’s Roll Models Series, sponsored by Quaker State and Shell Lubricants, because Mario is proof that we get what we focus on. It’s a powerful episode that will make you appreciate his service while admiring his fortitude to get the job done.