Newsletter
Sign Up today for our FREE Newsletter and get the latest articles and news delivered right to your inbox.
Home » LOWRIDER Roll Models Ep. 28: A Class Act, Juan Carrillo 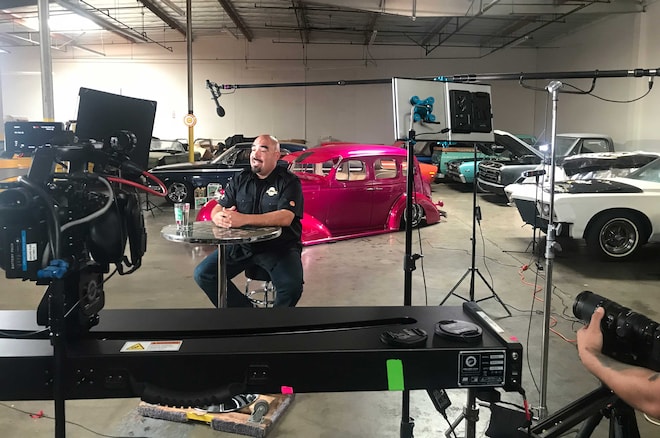 High school is a critical period of life. It’s a time where we get to know who we are, a period of time where we’re molded by our peers as well as our decisions. But along with the memories (both good and bad), high school is highlighted by our friends, our accomplishments, and our favorite teacher.

These are the teachers who understand us. They know how to talk to us with empathy, understand what we’re going through, and can identify with our sociocultural values. They’re the same teachers we often define as “cool;” whereas most teachers become a distant memory, or an unforgettable nightmare, our favorite teachers become a part of life and go on to live rent free in our heads. These teachers are the ones who help us transition into adulthood and are not afraid to care. Our next guest, Juan Carrillo, happens to be one of those class acts.

A graduate of San Diego State University, Juan is a high school teacher at South West High School where he teaches history and social science-but that’s something most can’t fathom when they see him gliding in his 1936 Chevy that’s been refined in Candy Magenta. An avid lowrider and educator, he takes great pride and passion in ’30s bombs. These were the same cars he admired growing up and by the time he was of age he got himself into a G-body but never gave up on his dream of owning a bomb.

Looking back to his post-graduate days, Juan first landed a gig as a substitute teacher for two weeks, which ultimately led to him becoming a full-time teacher. It was during that time he had asked a principal for advice on how to become a teacher as a professional career, and to his dismay, he was advised to drop the lowrider look-so he did just the opposite. Knowing that the advice was unjustified, this wasn’t the first time he was told to leave lowriding because of the stereotypes and fears that held no value.

Fast-forward to the present day and Juan Carrillo has proven them wrong. The misconceptions of lowriding are ones generated by fear of the unknown and catapulted by the laziness to understand the lifestyle. But this is what makes Mr. Carrillo a teacher who understands his students. He knows how it feels to be the underdog, but also understands what it feels like to fight for what you believe in. He also believes in giving back to his community, which is why he’s never left, and teaches at the very same high school he was once a student.

So join us in our next episode of Roll Models as we get schooled by Mr. Carrillo. He’s about to drop knowledge and share his thoughts on life and lowriding, so get it together and tune in because class is in session.