Newsletter
Sign Up today for our FREE Newsletter and get the latest articles and news delivered right to your inbox.
Home » LOWRIDER Roll Models Ep. 24: Tomas D. Requejo – Down By Law 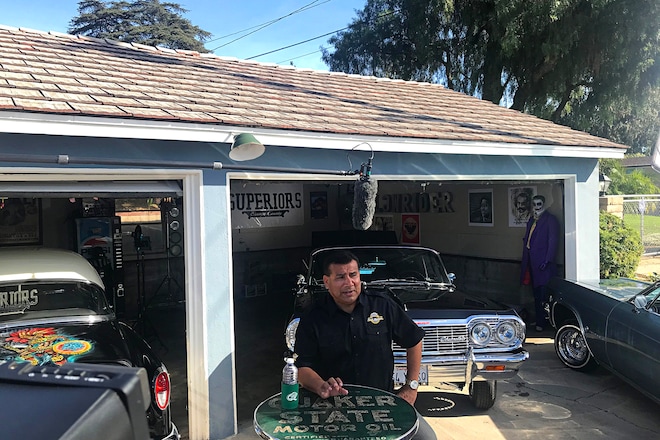 Raised in Carpinteria, California, Tomas D. Requejo was exposed firsthand to the daily struggles of migrant farmers. Raised on a ranch with lemon and avocado orchards, they were located right next to Bracero Camp, a location where every morning trucks would pick up workers and take them directly to the fields.

By his teens, he wound up attending Aliso High School. At the time of his attendance, it was a de facto segregated high school whereas when his mother attended the very same school it was segregated. Knowing he wanted more out of life, he was motivated by what he saw, but also given advice from his grandmother who had worked the fields. She told the family that she already had a doctor in the family but insisted there be a nurse, a lawyer, and a schoolteacher. During her dialogues, she had always emphasized the value of an education and was adamant about having all her grandchildren become somebody.

At the time, affluent whites and poor, working class Mexicans divided the community and Tomas was first exposed to police abuse and harassment when he began lowriding. Feeling they were unjust and uncalled for, those experiences sparked his interest in the law. From there, his quest for knowledge led him to the discovery of the Chicano Movement, which is what essentially catapulted his interest to attend a university.

After attending UCLA and Loyola Law School on full scholarships, he ultimately opened up his own practice, and today remains an active player in the Chicano Movement.  “I’m brown and proud and that’s why I go by the handle ‘ChicanoLaw,'” Tomas says.

Fast-forward to the present day and his love affair for lowriding is still present. As a member of Superior Car Club (OC) Tomas is the proud owner of a bomb, a few Impala classics, as well as some other car projects currently under construction, but among his collection, his favorite happens to be a black 1964 Impala with purple accents.

His collection of classic cars serves as both reminders and rewards: reminders of where he came from, and rewards for his hard work and ambition to fulfill his grandmother’s wishes. And while some may get lost in the glitz of the candy or the luster of the chrome, this episode of Roll Models is proof yet once again that man makes the car—and Tomas has plenty to share.

So tune in to our season finale of Roll Models, presented by Quaker State and Shell Lubricants, because court is in session and Tomas has plenty to say when it comes to lowriding, law, and Chicano Pride. As always, we want to thank Quaker State for their continued support, and as we enter Season III of Lowrider Roll Models we’ve got plenty in store, so stay up and stay tuned because the best is yet to come.