Newsletter
Sign Up today for our FREE Newsletter and get the latest articles and news delivered right to your inbox.
Home » Saying Goodbye to Jose Martinez – Lowrider Pioneer & Legend 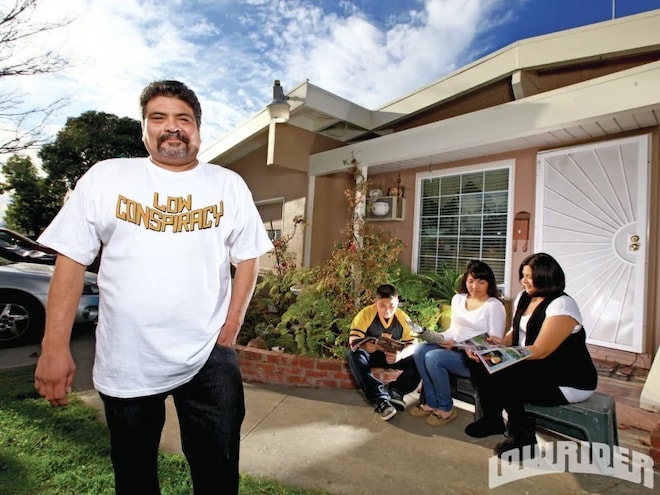 Our condolences and prayers go out to the family of an original lowrider pioneer and legend in Jose “All Nighter” Martinez, who we just learned has sadly passed away. Though Jose was one of the founders and president of the Low Conspiracy Car Club in San Jose, Ca, he will always be known for his dedication to the entire lowrider movement, especially at Lowrider car shows. Jose was there to help produce hundreds of shows by taping and mapping out the floors and then moving in the huge line up of show cars that he would place in their proper locations for exhibit. After all that he would then grab a clipboard to help judge those cars as well.

Jose had a true passion for the lowrider culture, traditions and the movement going forward. His lowriding career started in his high school days with his Monte Carlo and he was one of the very early supporters of Lowrider Magazine in the beginning, way back in 1977. He made friends with not only every car building exhibitor there was, but also the fans that came through the turnstiles in support of those events.

He dedicated over 45 years to the lowrider scene by proudly representing his car club, helping promote the hundreds of Lowrider car shows he worked hard on, but most notably, Jose was wellknown for being true, honest, and sincere when he greeted everyone. He will never be replaced, and shows will certainly never be the same again without him. May you ride your electric cart at the big show up in the sky and help judge the rides of all those lowriders who’ve passed on before you. We all love and will miss you man! Forever will your name be remembered for all of your sacrifice and dedication to the movement you left for us to carry on.