Newsletter
Sign Up today for our FREE Newsletter and get the latest articles and news delivered right to your inbox.
Home » Classic Face At A Modern Pace 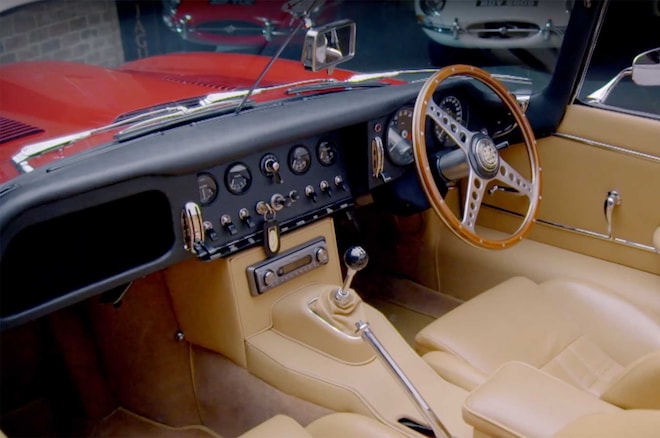 I heard that quote being said by the host of Top Gear as he went over three classic cars that had been restored and revamped by various companies. There was the MGB, the classic E-Type Jaguar and of course the insanely priced 1 million dollar Aston Martin which was a gem to stare at. All three vehicles had been restored to their factory looks but they each sported updated mechanicals, and it reminded me much about what we do in lowriding.

Much like lowriding, the purpose of each of these cars was to preserve the spirit of their classic lines while disturbing the powerplant and providing users more dependable power and better handling. Of course, their cars are done on a production line which retains most of their original look whereas in lowriding we customized just about everything including our door handles.

That particular episode was called “Classic Cars with Modern Tech” and the restoration of classic cars with modern muscle and amenities is not only a trending part of car culture, but something that many of us have been doing for quite some time. As I did my routine Sunday binge watching episodes of Top Gear, there was another episode that showed them cruising through random locations and cities and it got me thinking why we don’t do the same? Imagine gathering 70-100 lowriders for a preplanned cruise that would take us from one destination point to the next.

It would be like a slow paced rally our way and it’s something that I think would be fun, and since most of us don’t have AC we’d also have to plan it around the cooler months but I think something like this would be fun and a much needed addition to our scene.

Am I crazy? Maybe just bit, but I do get inspired plenty of things and watching Top Gear is definitely one of the ways I gather my random ideas. Sure, it might be off the wall thinking but no one ever created anything cool without someone thinking they were a bit off their rockers. So, like I say, “Gather your inspiration from everywhere and apply it to what you love.”

Folks it’s really that simple and if you’re up for it you can check out some episodes by clicking here.

Dakota Digital VHX-63C-CAD – This Caddy Got Gauged Up

Car audio has changed a lot over the years. Today, “smart” head units are all the rage and they’re basically car stereos that serve as an extension of your smart phone.

At the 2019 SEMA Show Dynamat gave us a reminder of how important their paper-thin aluminum layers are for any build.

This isn’t an article about top gear for creatives. Instead, it’s about the show Top Gear giving way to create new ideas that might be far out of reach, but nonetheless fun.