Newsletter
Sign Up today for our FREE Newsletter and get the latest articles and news delivered right to your inbox.
Home » Big Chief’s Tattoo #TENSEMA16 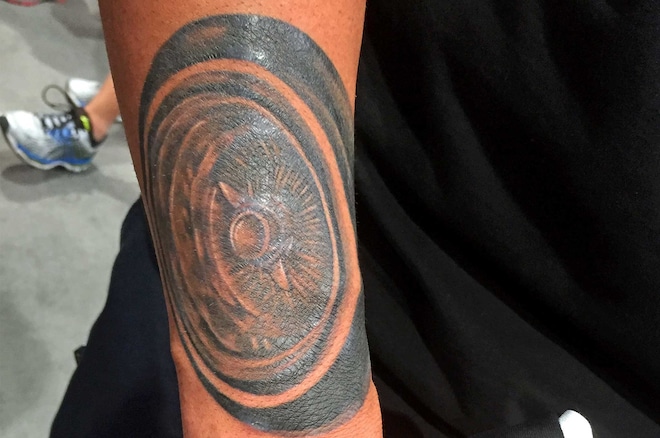 We spotted Big Chief at the Kicker booth signing autographs and taking photos with his fans. We noticed the wire wheel and white wall tattoo on his forearm, I knew that he had a lowrider caddy but didn’t know he was really about this lifestyle. I wanted to question him about his tattoo but since he had a big line, I left it alone. A short while after, we ran into each other as he was leaving and I got my chance to ask him. He became a lowrider before his rise to fame after picking up his first Lowrider Magazine. He enjoys cruising in his little town while hitting three wheel, but felt the need to compete and that’s how he got into street racing.