Newsletter
Sign Up today for our FREE Newsletter and get the latest articles and news delivered right to your inbox.
Home » An Ugly Van Turned Into A Mini Yacht 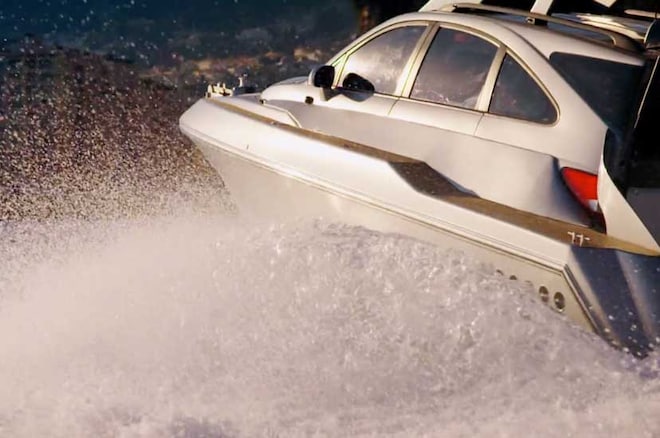 A good majority of the cars we customize (think late 50’s to mid 70’s) are often referred to as land yachts. Back in the day this was term assigned to cars featuring yacht-like features, and among them were the infamous bench seat, which felt more like a living room sofa, a floaty suspension and a long wheelbase that could nowadays double as a theft-deterrent system. Now for reference sake, the longest-wheelbase car ever made in America (even till today) is the 1971-1976 Cadillac Sixty Special. The Sixty Special measured in at 133.0 inches, and that’s damn long when you consider a 2019 Cadillac Escalade measures in at 116-inches and its longer counterpart the Cadillac ESV still runs short at 130-inches.

With that said, customizing our land yachts takes a multidimensional approach. We might paint it with patterns, coat it with candies, drown it with flake, or fit it with diamond tuck, but that’s the beauty of such a huge platform. It gives us room to breathe and think, allows for options not possible with smaller cars and I just wouldn’t have it any other way.

Creativity is what gets our blood pumping, and after coming back from the past weekend’s LR Super Show the amount of creativity we witnessed never ceases to amaze me. We saw the fully engraved twin-turbo setup from the RM Series ’57, Chris Roark’s majestically built Bel Air and Showtime ’63—a 20 year restoration project featuring all NOS parts as well as the original sale brochures, marketing materials and official period correct gear and accessories from that Chevrolet dealership.

As the lifestyle continues to grow so has the attention to detail. Nowadays, guys are building show cars for the street and the overwhelming attention is downright scary. You got guys collecting all the period correct accessories, guys building cars that could easily compete in Concourse shows and our scene is not only growing but flourishing and earning the respect it has long deserved. I will say that it’s also about damn time because our land yachts have long been breaking waves and sitting pretty in a sea of creativity.

While we’re on the subject of land yachts, I just finished watching Season 24: Episode 7 of Top Gear and let me tell you, I got a few ideas that I may be using in my next build. In that episode, they take one of the ugliest vans I’ve ever seen and transformed it into an operational yacht and all I can is I was impressed. It was a non-conventional approach for a television show and as much as I found it interesting, I also found it inspiring and great place to go looking for ideas.

That same episode also gave me a few things to think about and to be honest, one of those ideas will definitely become a reality in my current build. No, I will not be converting a land yacht into an ocean yacht, but I will be taking some ideas I got from the show and incorporating them in my next build. To be straight up, some of these Top Gear episodes will have you scratching your head and saying, “What in the world?” while other segments will have you rewinding and saying, “That’s bad ass.” So shoot on over to their site and if you’re up for it, watch the episode I just talked about and see if you can spot the details that caught my eye because they’re subtle styling cues that will make a world of a difference if done correctly on our lowriders.

You don’t have to look long to see how the van has been grafted into the boat’s hull, but in the same pic there are also some sleek styling cues that can be reinterpreted and re-stylized to fit most of our builds. Can you spot it? While you’re at it, did you also notice the ports on the back of the hull. Aren’t they reminiscent of the exhaust ports found on cruiser skirts of a ’59? You see, that’s the funny thing. Design revolves around the world of influence and there’s so much to learn from everywhere you look so till next time, stay inspired, be inspiring and let’s take lowriding to yet another level of automotive excellence and if you happen see what I’m seeing in that episode than drop me a line—or better yet, beat me to the punch and you can be the first to implement a subtle styling cue that could either be a fad, a trend or something that will change lowriding forever.