Newsletter
Sign Up today for our FREE Newsletter and get the latest articles and news delivered right to your inbox.
Home » 2016 Ford Explorer Review 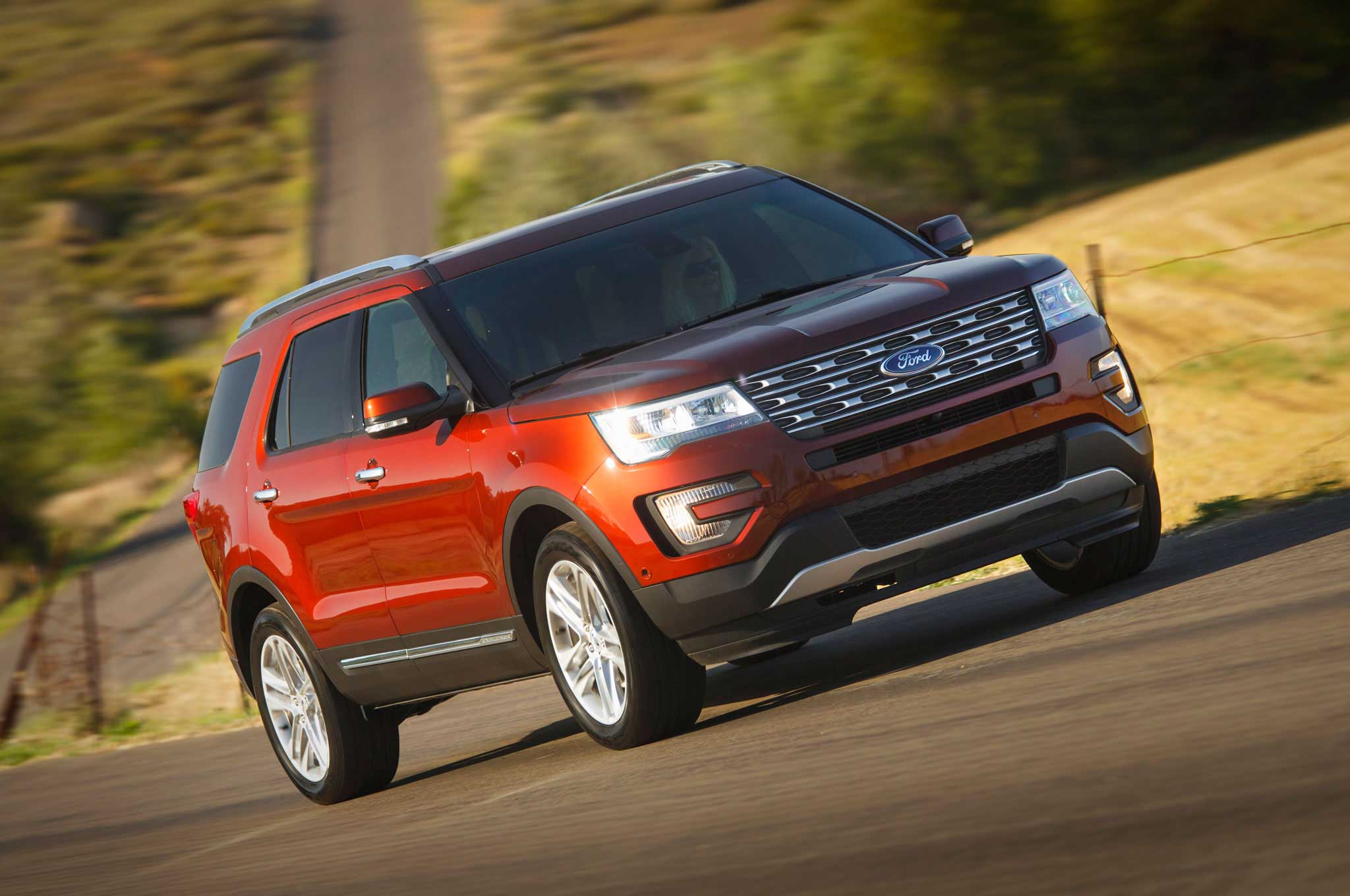 The Ford Explorer was the one of the SUV’s that helped push the envelope with the SUV craze as well as the whole big wheel boom back in the early 2000’s. I’m sure you can all remember a time when companies had Explorers vinyl wrapped with their company names, laced with a set of 20-inch wheels and at the time we though it couldn’t get any better — or any cooler. Well we were wrong, because from there, the big wheel game exploded, the SUV market went haywire, and all those markets have to thank the Ford Explorer for being a catalyst of the movement.

Back then the Explorer was every soccer moms dream. It had enough room to fit a small army, and for those without kids, well, it had enough room to fit a few 15-inch woofers and enough amp racks to make the system go boom. After the passing of that craze, the Ford Explorer went on to become the truck for families all across America. In short, the Explorer put a dent in the “soccer mom” market giving them a much more fashionable manner to haul the kids around.

Since then, more than 7 million Explorers have been sold in the United States, making it America’s best-selling SUV for 25 straight years. But the success of the Explorer also phased out the whole “soccer van” epidemic while creating a new staple vehicle for the American family.

“Explorer helped define how the world thinks about SUVs,” said Raj Nair, Ford group vice president and chief technical officer, Global Product Development. “Explorer is the centerpiece of Ford’s global utility vehicle lineup because it delivers an ideal combination of form and function. And with well over 7 million already sold, nearly everyone has an Explorer story.”

Introduced in 1990 as a 1991 model, Explorer featured generous interior space customers were looking for, and was engineered specifically for people seeking adventure for their families and a way to express their individuality. For a quarter century, Explorer has reigned as America’s best-selling SUV.

Ford Explorer is built in North America at Chicago Assembly Plant, as well as in Venezuela and Russia. It is sold in markets across the globe. Ford exported more than 56,000 Explorers from the United States last year and plans to export even more in 2015.

Even more smart technology — that’s what customers will get with the new Ford Explorer. It offers more technologies than previous models, features that enhance the driving experience. New technologies available for 2016 include:

– Front and rear cameras with washers: Both have wide-angle lenses and come equipped with washer — a class-exclusive, segment-first feature. Along with that, there is an enhanced active park assist with perpendicular park assist, park-out assist and semi-automatic parallel parking:

– The system uses ultrasonic sensors and electric power-assisted steering to help drivers with parallel parking and perpendicular parking maneuvers. Enhanced active park assist includes park-out assist to help a driver pull out of parallel parking spots. The system controls the steering wheel, while the driver operates the accelerator and brake pedals, and shifts the vehicle into gear

– Smart-charging USB ports: Located in the front and rear of the vehicle are USB ports able to charge smart devices up to two times faster than conventional ports.

– Air curtains: Standard air curtains create a high-pressure region of air that impacts the outer surface of the wheels and tires. The result is airflow held close to the vehicle body,

The 2.3-liter EcoBoost is available on the base, XLT and Limited series. With the new powerplant, highway-passing time — from 55 mph to 75 mph — improves by 10 percent.

The 2.3-liter EcoBoost’s notable improvement in horsepower and torque comes with no significant reduction in fuel economy. The front-wheel-drive Explorer retains its EPA-estimated fuel economy rating of 28 mpg highway, which is best-in-class. For the first time, customers choosing a four-cylinder Explorer can opt for four-wheel drive and trailer towing capability.
“The new Explorer isn’t giving up its reputation as a leader in highway fuel efficiency — which is especially key for customers who want a vehicle that is also a capable trail warrior,” said Groeneveld.

The interior incorporates brushed-aluminum and satin-finished ash wood in multi-piece appliques on door panels and the instrument panel. The wood-trimmed, leather-wrapped and heated steering wheel includes unique stitching that matches the stitching used throughout the interior.

For the first time in a production Ford vehicle, a brushed-aluminum Ford oval is centered on the steering wheel.

The all-new 500-watt Sony Audio System for Explorer Platinum features Live Acoustics technology that re-creates the sound dynamics of some of the world’s greatest concert halls for more enveloping, more realistic sound. Clear Phase eliminates sound dispersion throughout the vehicle, so the music occupants hear is precisely pinpointed — just as the artist intended.

Intelligent four-wheel drive continuously monitors wheel speed, throttle position and steering wheel angle to determine vehicle conditions and driver intent. The system then determines the optimal amount of front and rear torque for the given conditions to prevent slip from even occurring, which helps keep the vehicle sure-footed on virtually any terrain. In sand, grass or gravel mode, the antilock braking system changes its pulse rate, which allows material to build up in front of the wheels, acting as a doorstop of sorts to help slow momentum.

To help maintain efficiency, in most steady-state cruising conditions the new Explorer equipped with intelligent four-wheel drive seamlessly and quickly transfers torque between the front and rear wheels.

Not that your planning on keeping the car stock, but if you are the new Explorer, with standard 18-inch and available 20-inch wheels, offers new tire options for improved ride and handling while still reducing road noise in the cabin. Interior changes help enhance quietness in the cabin. There are new door seals, and an enhanced sound package includes engine subframe mounts specially tuned to reduce vibration, as well as a specially tuned exhaust for the 2.3-liter EcoBoost engine. Acoustic glass is used on the windshield and front doors on XLT and higher trim levels.

New look: Rugged — that’s the word that inspired the designers creating the look of the new Ford Explorer.

Exterior styling updates — such as positioning the grille and LED headlamps even higher, adding a new closed-off lower roof rack with channels that cascade rainwater off the vehicle and a new rear spoiler — also improve aerodynamics.

The 2016 Explorer features more robust headlamps, with available LED signature lighting, standard LED low-beams and available LED fog lamps. Visible heat-sink structures for cooling the LED headlamps are a meaningful detail. These radiator-like grilles are typically hidden behind the light cluster, but on Explorer they are part of a complex headlamp design that puts innovation on display.

Explorer sales continue to be robust — driven by strong demand. Through April 2015, Explorer sales are up more than 17 percent from year-earlier levels.