Newsletter
Sign Up today for our FREE Newsletter and get the latest articles and news delivered right to your inbox.
Home » 2015 Ford F-150 Review – El Lobo 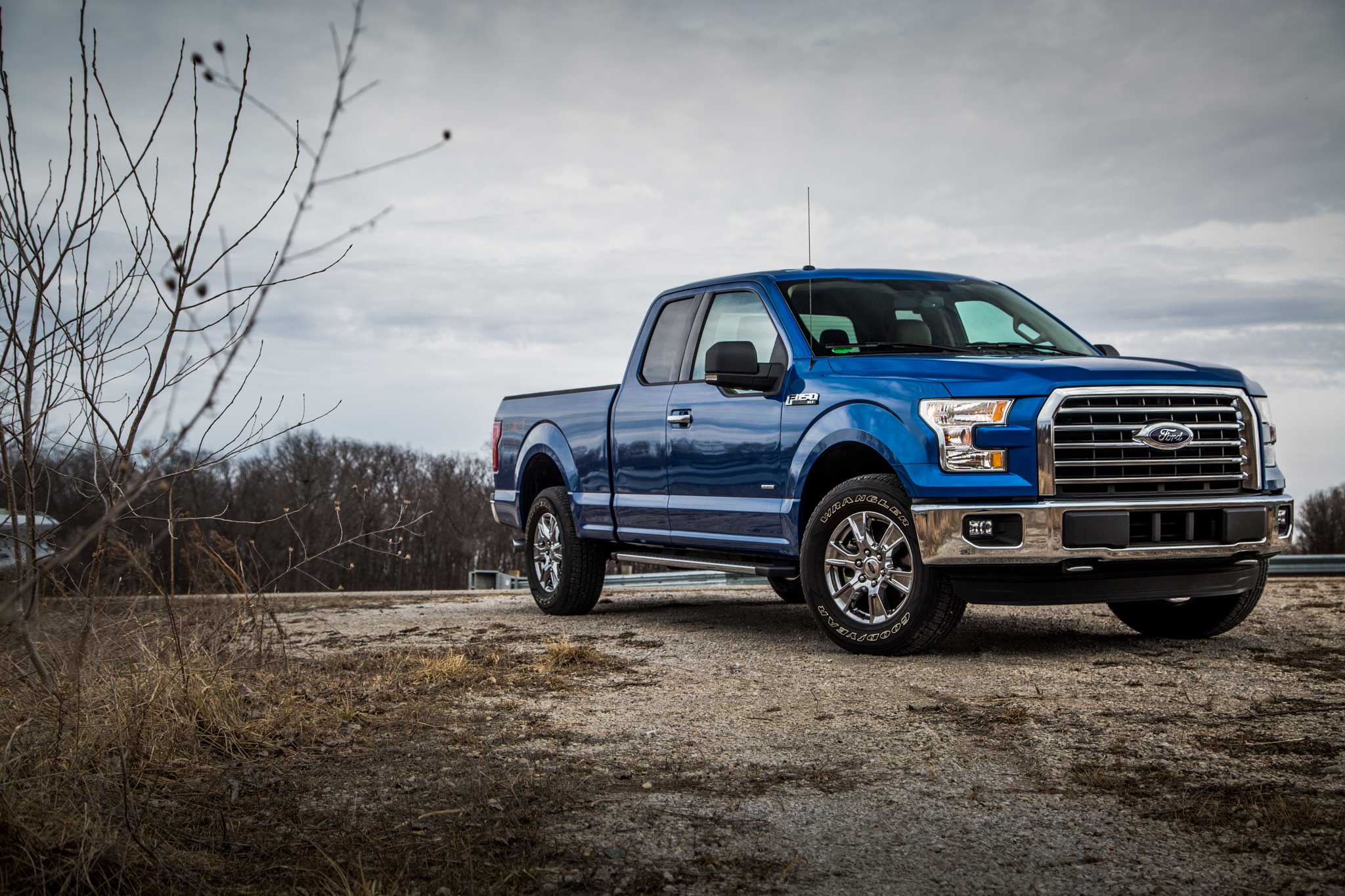 The Ford F150 has been the best selling vehicle for over 30 years, and it’s also one of the top imported vehicles when it comes to older vehicles in Mexico. Yet regardless if you live in Texas or Mexico, the F150 isn’t just an object of desire, it’s a status symbol that has earned its own moniker.

Commonly referred to in the Hispanic market as “El Lobo” (which means The Wolf), the truck is a part of our culture and heritage. It’s a truck commonly used for construction and landscaping, but that same truck has become a symbol of hard work and heritage.

The F150 movement has become a culture in itself. It’s become so popular that many are restoring older F-series pick up trucks and I recently asked my neighbor (who in the past four years has owned 3 Ford F-Series pickups), what her fascination with Ford trucks was, and her response was, “The F150 reminds me of my childhood. I remember riding around with my father in his Ford pickup and it became a memorable part of my childhood. All my uncles had them, and it’s a truck that reminds me of their struggle as well as their success” she said.

So how do you revolutionize such an iconic vehicle with deep cultural roots? Well you do it by cutting down the weight and introducing a substitute powerplant which is better on gas. Not that too many V8 lovers gripe about the cost of gas, but it does make a difference. To do that, Ford has introduced a new 2.7-liter EcoBoost V-6 option in an aluminum 2015 Ford F-150 XLT Supercab 4×4. Now some may cringe about the thought of not having a traditional V8, but slingshot around the block and it’s sure to change your opinion because it performs like a work truck V-8.

So how much does it cost to own a truck with cultural roots, and one that can past on from one generation to the next? Well the bottom line for a 2015 Ford F-150 comes to roughly 26K, but at that price you’ll be presented with a bare bones truck that comes with cloth fart catchers and not too many bells and probably no whistles.