Newsletter
Sign Up today for our FREE Newsletter and get the latest articles and news delivered right to your inbox.
Home » 1971 Chevrolet Caprice – Frozen in Time 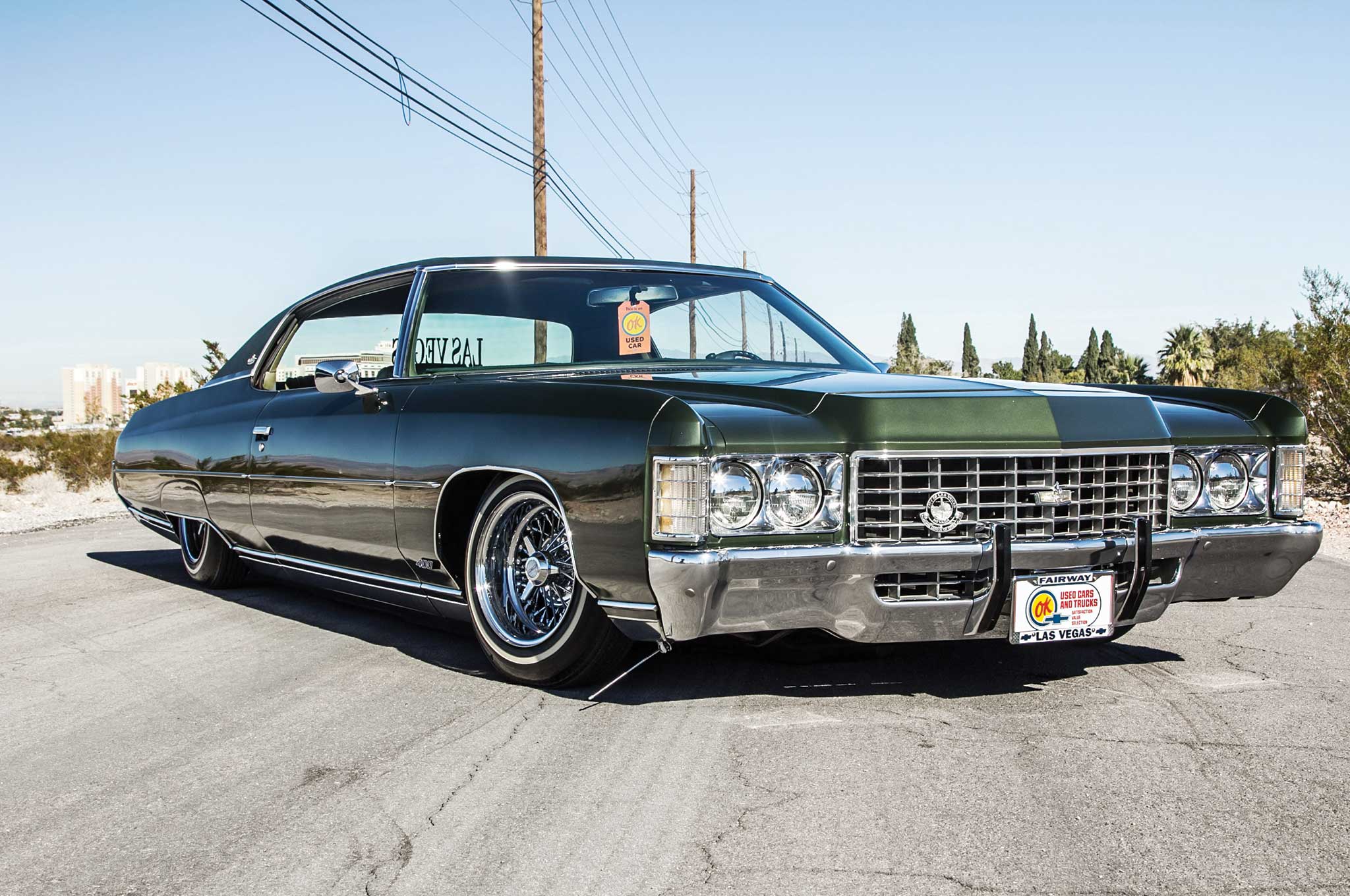 The ’70s was a decade in which our entire nation was going through change. The Chicano anti-Vietnam War marches in East L.A. were beginning to gain momentum. Jim Morrison of The Doors was found dead in his Paris apartment. Even the popular Chevrolet Super Sport, which had been available for over a decade, had now become a thing of the past. For some, car building is all about restoring their vehicles, while striving to capture a glimpse of our colorful past. For Frankie Hernandez of Las Vegas, Nevada, he actually found a car that appeared to be frozen in time, reflecting those iconic early ’70s.

While searching the classified ads, he came across a 1971 Chevy Caprice for sale by its second owner. At first glance, the car looked extremely well kept, but upon further inspection he found the Caprice to not only have the factory numbers-matching 400 small-block with 60,000 original miles, but also the original paint, interior, and vinyl top. Needless to say the car was in near mint condition.

As owner of Blvd Customs in Las Vegas, he pondered what to do with his latest build. After careful consideration, he decided there was only one thing he could do to a car like this. “The decision was easy,” says Frankie. “I wanted the car to look as it would have back in 1971 with some modern updates, of course.”

The Blvd Customs crew would install a complete F.B.S.S. airbag suspension system, then hunt down an original set of all chrome Truespoke wire wheels to mount onto yes, you guessed it, original 5.20 Premium Sportway bias-ply tires. “Just like what they rolled on back in the ’70s,” says Frankie. With everything already in working order on this Caprice, like factory air and gauges, the only thing left to do was to take this timeless classic out for a cruise down the infamous Las Vegas Boulevard.